Advertisement
HomeBOLLYWOODENTERTAINMENT NEWSDisha Patani posts a video of song 'Butta Bomma' from Allu Arjun's 'Ala Vaikunthapurramuloo'; asks the actor 'how do you do it?'

Disha Patani posts a video of song 'Butta Bomma' from Allu Arjun's 'Ala Vaikunthapurramuloo'; asks the actor 'how do you do it?'

Allu Arjun is undoubtedly one of Telugu cinema's most charismatic and stylish actors. He's also a fantastic dancer. While Allu Arjun's fan enjoy and replicate his dance moves, he has now also earned a special fan in Bollywood actress Disha Patani. Taking to her Instagram account, Disha posted a video of the song Butta Bomma from Allu Arjun's 2020 film Ala Vaikunthapurramuloo and tagged Allu Arjun asking him, "@alluarjun how do you do it". 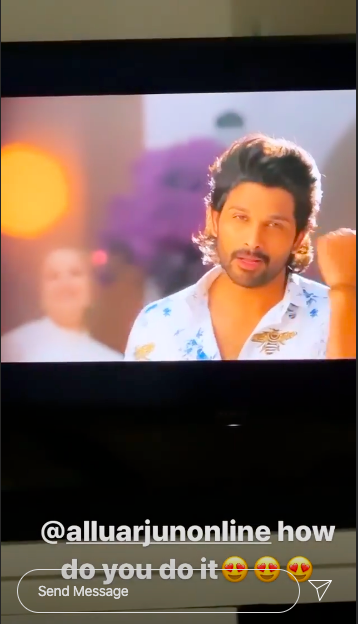 The actor responded, "I love music. Good music makes me dance. Thank you for the compliment." Awestruck, Disha reposted it with her reply, "Thank you for inspiring all of us". 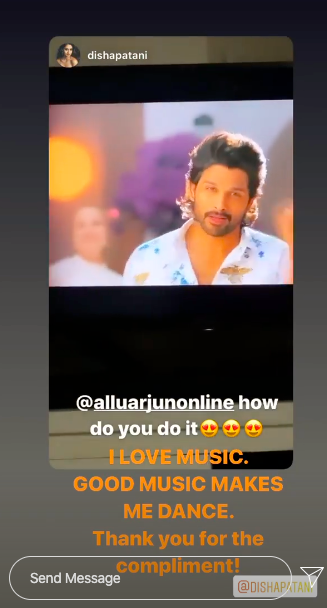 Incidentally, Disha has a special place in her heart for Telugu cinema. She made her debut with Puri Jagannadh's 2015 release, Loafer, co-starring Varun Tej.

Allu Arjun, made his debut in the 2003 film Gangotri. Seventeen years on, he is one of the most popular actors in south Indian cinema. Recently, he contributed Rs 1.25 crore to aid the battle against the coronavirus outbreak in Telangana, Andhra Pradesh and Kerala. In his video message the actor said, "The COVID-19 has taken the world by storm and changed our everyday lives, but even at times like this people like doctors, nurses, military, policemen and many other sectors have done great contribution to our society," He went on to add ''With all humility, I would like to announce Rs 1.25 crore to the people of Andhra Pradesh, Telangana and Kerala."