The 21-day nationwide lockdown has given Sunny Deol time to think of films. PeepingMoon.com exclusively reported on Saturday that the actor and Gurdaspur MP signed an action thriller with his regular collaborator Anuj Sharma in which he will be playing a blind army officer. Now we have learned that Sunny has locked another project that he will be producing himself.

According to an industry source, the second project is a film Sunny is planning for his son Karan Deol whom he launched last year with Pal Pal Dil Ke Paas. That did not fare well at the box office but Sunny believes his talented son deserves another chance and has lined up a comedy for him.

“Sunny has lately been getting fascinated by a lot of South remakes. His next action film with Anuj Sharma is a remake and he has also chosen one for his son. He has bought the remake rights of last year’s critically acclaimed Telugu film Brochevarevarura and is developing it for the Hindi audience under his home banner Vijatya Films,” the source said. 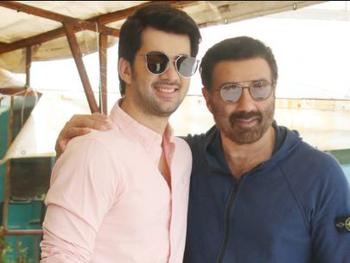 Brochevarevarura is one of the best Telugu films of 2019 and was mainly praised for its taut screenplay and simple yet suspenseful plot. The crime comedy revolves around three college friends whose lives take a turn when they bump into a new classmate who lands into trouble.

Sunny is apparently trying to rope in the original director Vivek Athreya to helm the Hindi version but he hasn’t been booked as yet. A team of writers is said to have already started working on the Hindi adaptation and they are expected to complete it by next month. The project is being planned to roll in June or July.