Advertisement
HomeBOLLYWOODENTERTAINMENT NEWSIs Arjun Kapoor looking forward to working with Katrina Kaif in a film? Well, his statement suggests so!

Is Arjun Kapoor looking forward to working with Katrina Kaif in a film? Well, his statement suggests so!

Arjun Kapoor and Katrina Kaif share a great bond and that's not an unknown fact. Arjun is seen pulling Kat's leg a lot of times on social media. A few days ago, Katrina decided to do the dishes at home and shared a video of the same on Instagram. Arjun was quick to tag her as ‘Kaantaben 2.0’ and even invited the actress to his house.

Now, in a recent ‘Ask Me’ session, the actor was quizzed if he would like to collaborate with Kat in a film. On this, Arjun replied that it will have to depend on the script and also on Katrina saying yes to it. Not just that, the star even mentioned that Katrina is one of the most sporting persons when it comes to him troubling her on social media and off it. Recently, amid the Janta Curfew, the duo had also video called each other along with Varun Dhawan and shared a screenshot on social media. 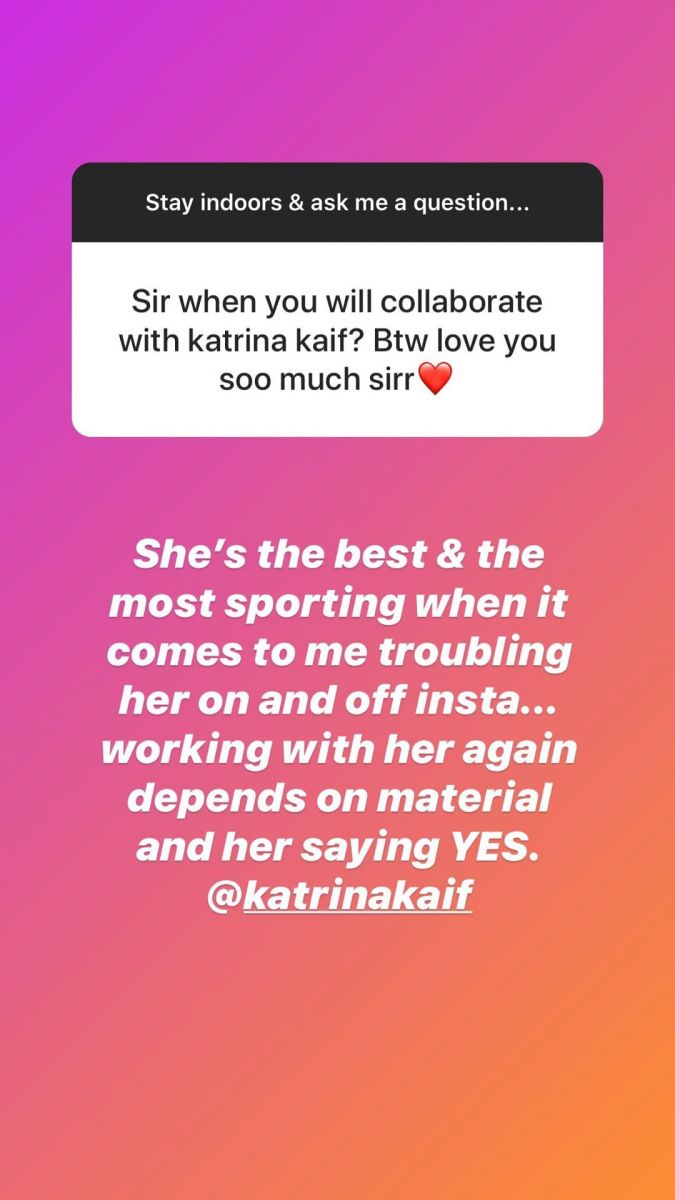 COVID-19 has gripped the entire nation now with more than 800 positive cases.