Advertisement
HomeBOLLYWOODENTERTAINMENT NEWSTara Sutaria to play a singer in Mohit Suri's 'Ek Villain 2', says 'I have been looking forward to this'

Tara Sutaria to play a singer in Mohit Suri's 'Ek Villain 2', says 'I have been looking forward to this'

Few would be aware that Tara Sutaria is also a singer. The budding actress gets a chance to showcase her vocal skills in Mohit Suri's upcoming Ek Villain 2, and is sure excited about the fact.

"I think I am going to be singing in this film, which is something I have been looking forward to. I am finally getting an opportunity to do so, and I am excited," said Tara about Ek Villain 2.

The actress, who was seen in Student Of The Year 2 and Marjaavaan, has been a professional singer since she was seven, and has sung in operas and musical competitions. Ek Villain 2 stars John Abraham, Aditya Roy Kapur and Disha Patani along with Tara. She is has paired opposite Malang star Aditya Roy Kapur in the film and reportedly plays a singer in the film, which is scheduled to go on floors in mid-2020. 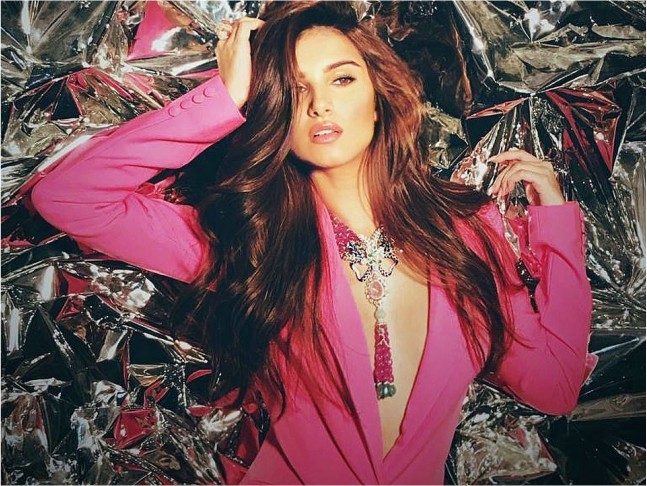 Ek Villain 2 is slated to hit the theatres next year on January 8. Could the ongoing coronavirus pandemic jeopardize the film's shoot? "I am very new to the industry so I don't know about the effects per say so, I wouldn't want to talk about it. Having said that, I think our industry is a very strong and tough industry. We will come through, no matter what the situation is and I feel we are going to come back with a bang," declared Tara, while interacting with the media at Bombay Times Fashion Week 2020.

The actress also has Milan Lutharia's Tadap coming up. The film is a remake of the Telugu hit RX 100 and it marks the Bollywood debut of Suniel Shetty's son Ahan Shetty.