Kareena Kapoor Khan and her absence from the social media world becomes the talk of the town every now and then. The actress, who does not have an official account on Instagram, Facebook or Twitter, has several fan accounts that are extremely active. But what took our attention this morning was one of her famous accounts managed by her team on Instagram that kept everyone updated on her life and work, suddenly became blank.

The account named 'kareenakapoorkhan' with over 40k followers suddenly deleted all its posts and became inactive. The account is followed by several celebrities as well. We wonder what's cooking with the team account and the actress. 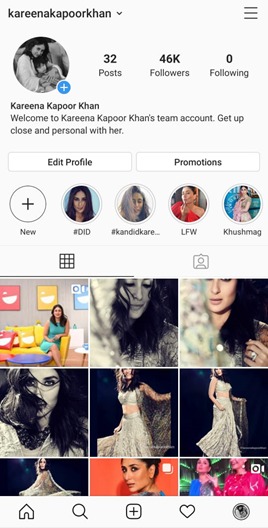 Talking about social media, Bebo had earlier said that she enjoys her private life and would not want to be on any social platform anytime soon.