Yesterday was a special day for all Akshay Kumar fans as the actor unveiled the trailer of Sooryavanshi. Helmed by Rohit Shetty, the film has been making headlines ever since it was announced. This highly anticipated film is going to reunite Akshay and Katrina Kaif on the big screen. The film also stars Ajay 'Singham' Devgn and Ranveer 'Simmba' Singh in special roles.

Soon after the trailer of the film was released, several memes dropped online. So, here's a compilation of Sooryavanshi trailer memes that will surely crack you up.

Fresher: My salary expectations are this
Recruiter: #SooryavanshiTrailer #Sooryavanshi pic.twitter.com/iifqKihLoS

Me to my brother : pic.twitter.com/7bIyTz9Raa

Me to Issacc Newton after watching the trailer #Sooryavanshi pic.twitter.com/30feilSZ0O

In every CID episode: 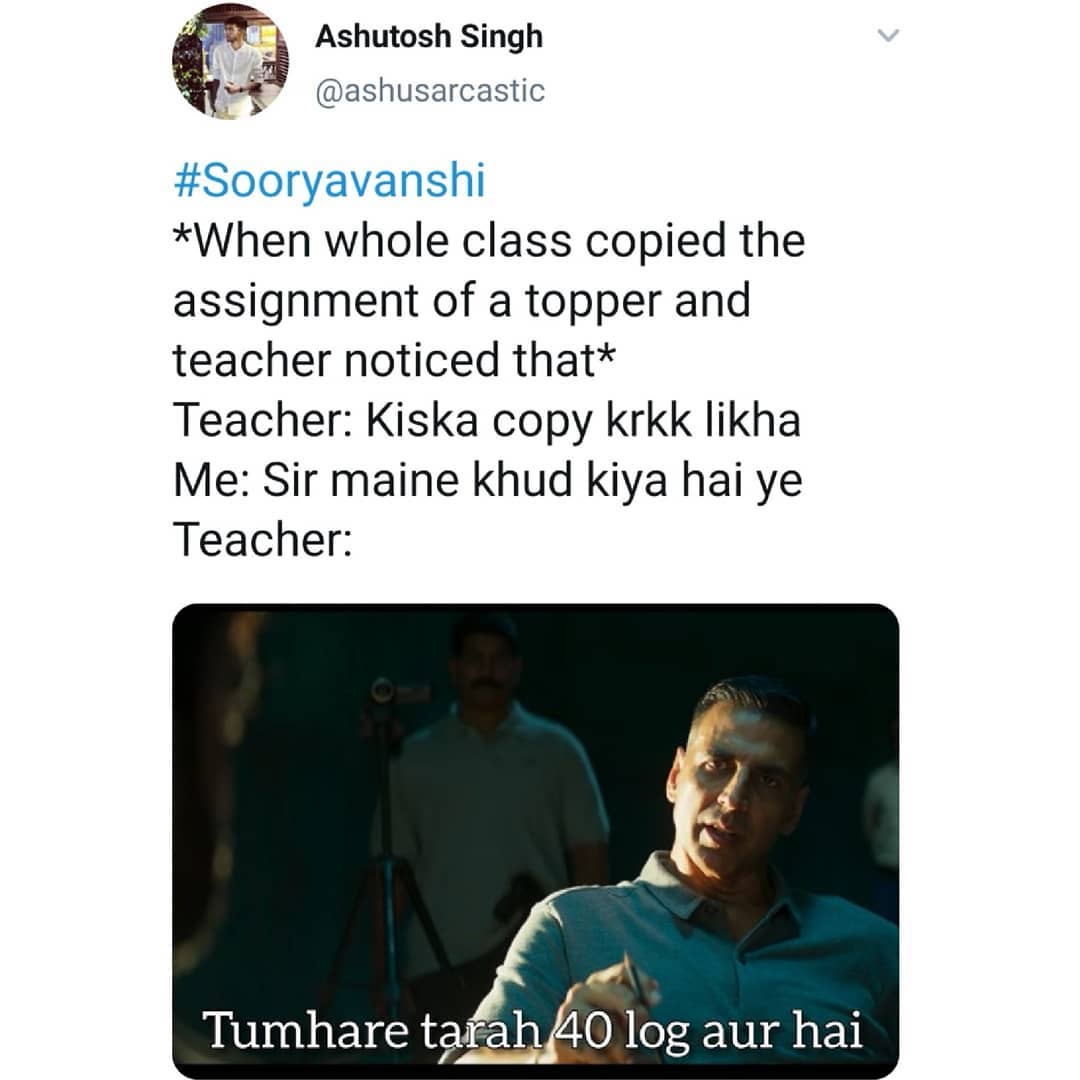 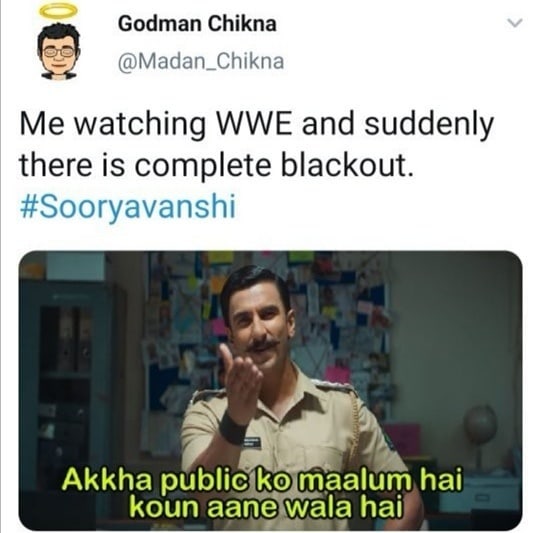 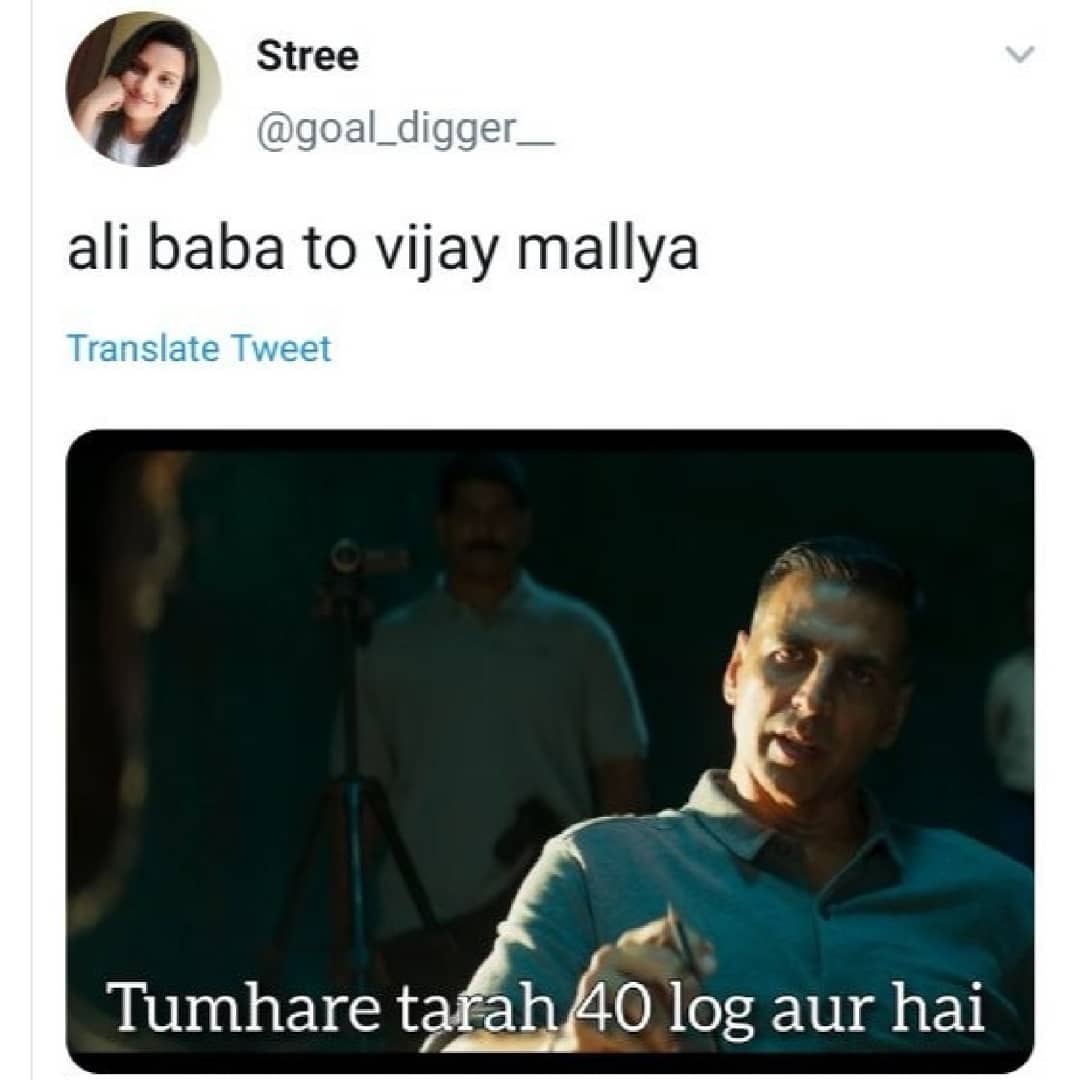 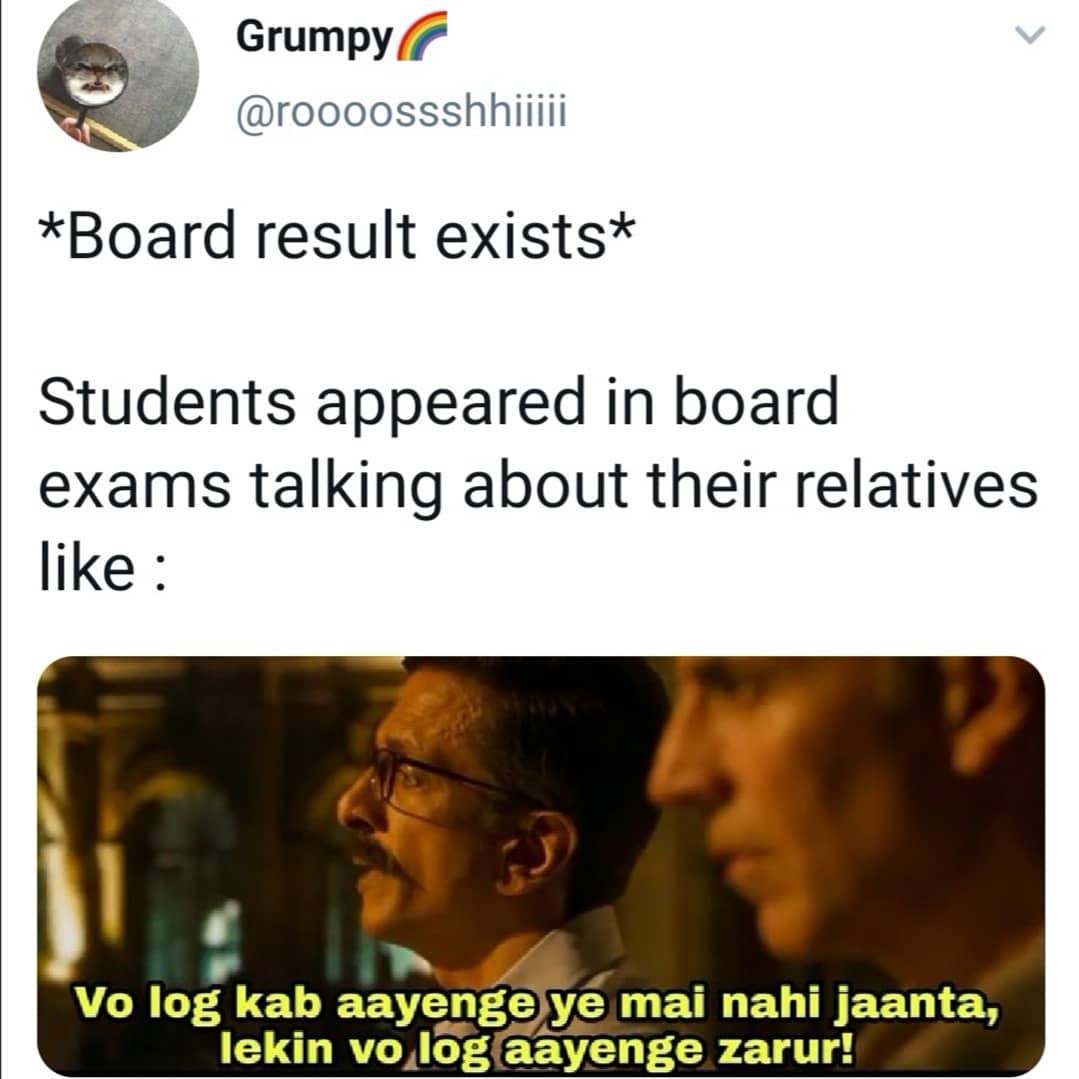 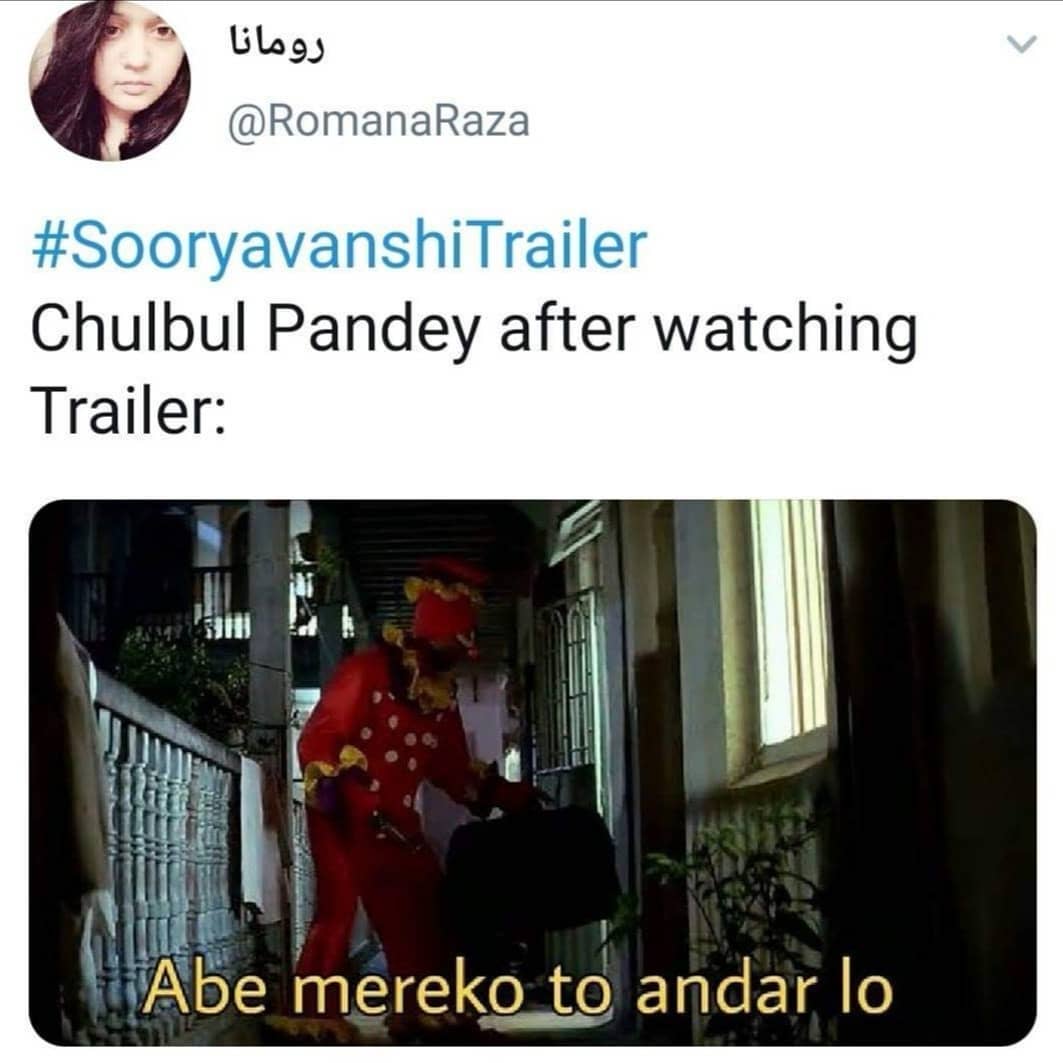 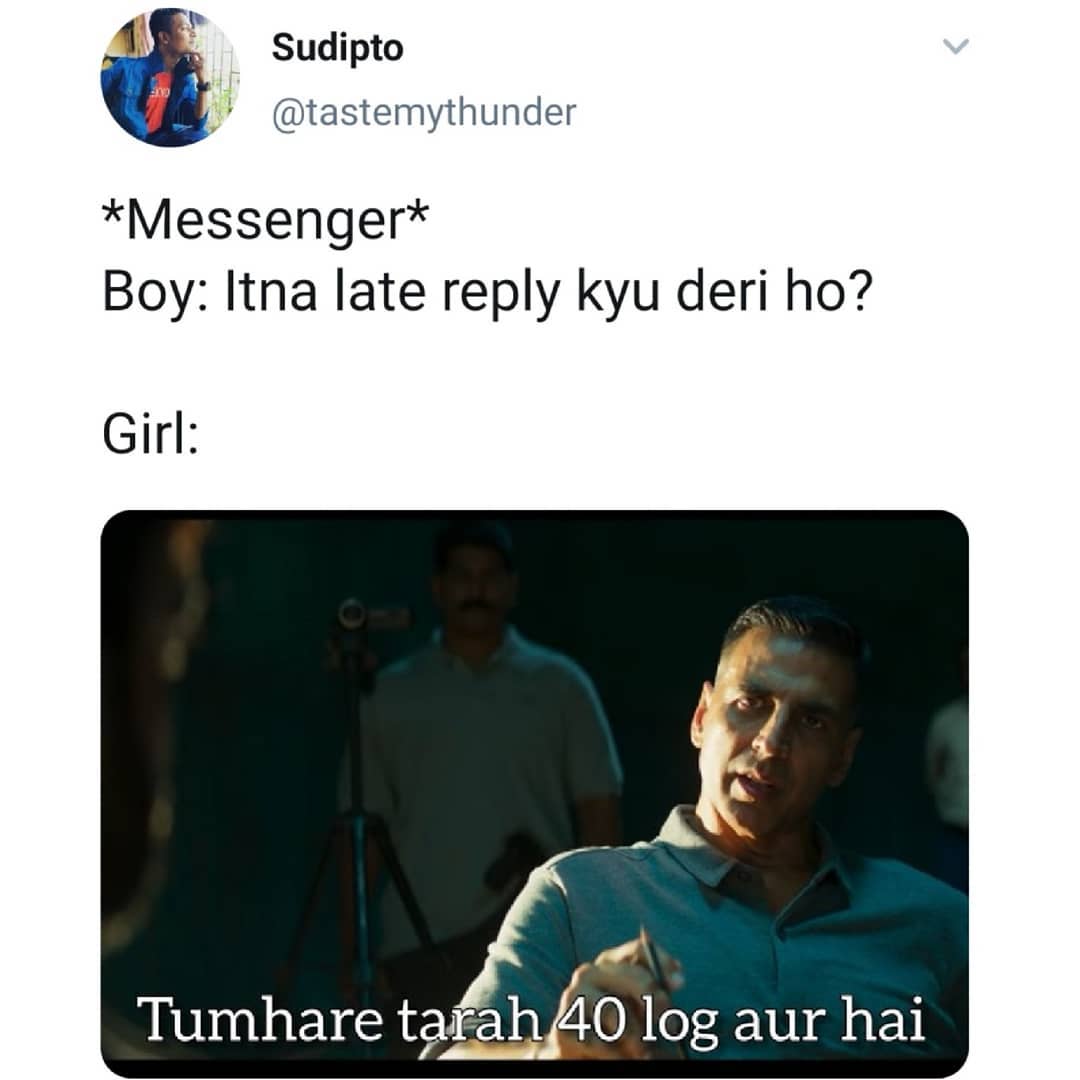 Sooryavanshi is the fourth film in Rohit Shetty's cop universe. Ranveer played the role of a police officer in the 2018 film Simmba while Ajay Devgn starred in the cop series Singham and Singham 2. In Sooryavanshi, Akshay will play the lead role of Veer Sooryavanshi, a character that was introduced as an Anti-Terrorist Squad (ATS) officer in a cameo role in the 2018 film Simmba, which also starred Sara Ali Khan. Katrina Kaif will play Akshay's wife in the film. The film has been produced by Karan Johar's Dharma Productions and it is slated to release on March 24, 2020.