Shah Rukh Khan, over the years in Bollywood, has rightfully achieved the status of King Khan for a reason. The actor, not just with his impeccable acting, but also with his kind and gentleman like gesture has made the world go gaga. Similarly, giving yet another example of his humble conduct towards women, Shah Rukh attended an event held in the city on Wednesday wherein a female researcher - Gopika Kottantharayil Bhasi from Thrissur (Kerala) was felicitated with a Ph.D. scholarship by a Melbourne based university, La Trobe University. The scholarship titled Shah Rukh Khan La Trobe University Ph.D. Scholarship was handed over to Gopika at the do.

While Gopika was on the stage to receive the scholarship, she was required to wear the La Trobe University coat. During the same, her hair got entangled in the coat. Upon seeing this, Shah Rukh, who was standing right beside her, helped her detangle the hair and also adjusted the coat for her.

Master of all King Khan #shahrukhkhan 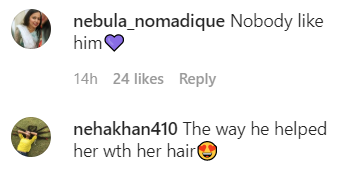 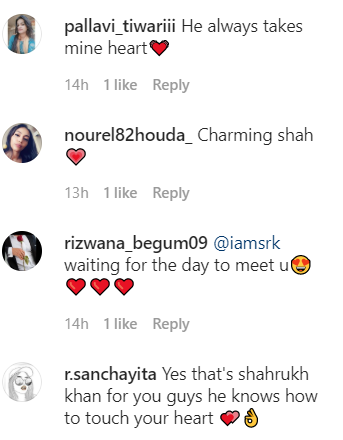 During the event, Shah Rukh, in a statement said, “I would like to personally thank Mitu. I take myself as the first hand ambassador of Melbourne and I attended the Indian film festival of Melbourne last year and it was such a warm and  hospitable experience. I’m a staunch believer in education and I would like to congratulate Gopika. Way forward for everyone is to gain an education and there’s never an end to learning. The key to empowering women world over is only by providing them with education. I think education in India or anywhere else in the world is a step forward. Gopika is fortunate that she’s soon going to be studying at La Trobe which is a fantastic university and I’m glad she’s getting this opportunity to do a Ph.D. on her research. I admire Gopika’s dedication and determination. This scholarship will enable her to travel to La Trobe in Melbourne, Australia where she will pursue her dreams of helping to improve India’s agriculture sector. I wish her well."

Nick Jonas gets really excited when I talk business over dinner: Priya

Dipika Chikhlia picks Alia Bhatt to step into her shoes as Sita in the new-age 'Ramayan', says Hrithik Roshan can make for a 'good' Lord Ram

In the wake of Coronavirus Lockdown, Salman Khan deposits money into accounts of crew of 'Radhe: Your Most Wanted Bhai'