Taimur Ali Khan, son of Kareena Kapoor Khan and Saif Ali Khan is not only the most favourite star kid on the internet but is also the apple-of-the-eye of many Bollywood celebs who feel they are in presence of royalty when they meet the little munchkin. While he has many fan clubs monitoring his daily antics there are quite a few celebrities who are his fans. Kartik Aaryan, who recently worked with Taimur’s half-sister Sara Ali Khan in Love Aaj Kal is the newest celeb who has joined Taimur’s fan following and shared his first meeting with the toddler.

Kartik was rumoured to be in a relationship with Sara while they were working on Love Aaj Kal. Talking about Taimur, he first told an online portal that he hasn't met him but he continues to watch the photos of the little one. However, soon he recalled having met the young kid and he said, “Oh sorry, I have met Taimur... I did meet him." 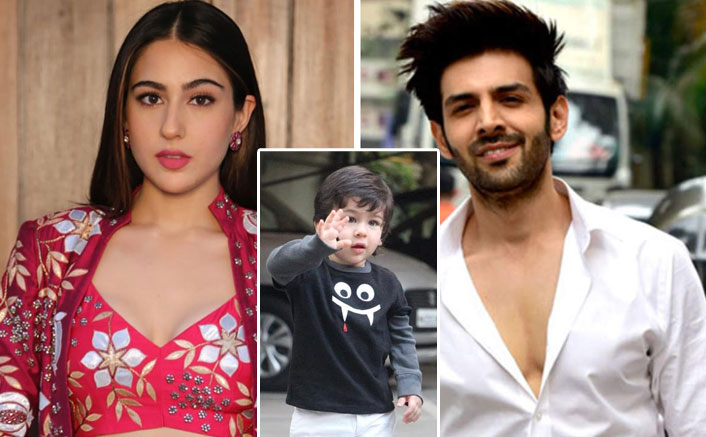 RECOMMENDED READ: Watch: Kartik Aaryan is the new age ‘Baba’ as he begins Jaipur schedule of ‘Bhool Bhulaiyaa 2’, reminds us of Akshay Kumar’s look in the original film

Sara, who was also at the interview with him couldn’t help but quiz him about the details of the meeting. To which Kartik said, “I did meet him and he knows me... He said Ka Ka Ka...he said Ka", he even chided Sara and asked her, “How many times did you just ask me this question, I think you just asked me 10 times."

He confessed to having met Taimur in Chandigarh and revealed further details about the meeting. He said, “In Chandigarh, I was shooting for Dostana. Kareena was shooting for Laal Singh Chaddha. So Kareena and Taimur went together... I didn't get a chance to click a photo, but ya, I am happy. Next time I will... click a photo." Interestingly, Kartik and Kareena walked the runway recently for fashion designer Manish Malhotra and looked like a million bucks as showstoppers.

Making the most of quaratine life, Alia Bhatt and Shaheen Bhatt bake g

Dipika Chikhlia picks Alia Bhatt to step into her shoes as Sita in the new-age 'Ramayan', says Hrithik Roshan can make for a 'good' Lord Ram

In the wake of Coronavirus Lockdown, Salman Khan deposits money into accounts of crew of 'Radhe: Your Most Wanted Bhai'