Shahid Kapoor is celebrating his 39th birthday today. The actor was wished by several Bollywood celebrities including his wife Mira Rajput and brother Ishaan Khatter. Shahid also received a warm birthday wish from his co-stars Alia Bhatt and Kiara Advani. Alia who shared screen space with him in Shaandaar and Udta Punjabwished him on social media.

Alia wished Shahid as she posted a monochrome picture of the two on social media. Accompanying her photo, Alia wrote, "Love you to the moon and back." Alia and Shahid can be seen goofing around in the picture as the birthday boy is giving her a hug from behind. On the other hand, Kiara who starred opposite Shahid in Kabir Singh shared a funny boomerang video of the two. She shared the video on her Instagram story and wrote a heartfelt post for the birthday boy. She wrote, “Happy birthday SK. You'll always be my most special co-star. Shine on my friend. Big hug from me and a pat from Preeti. God bless." 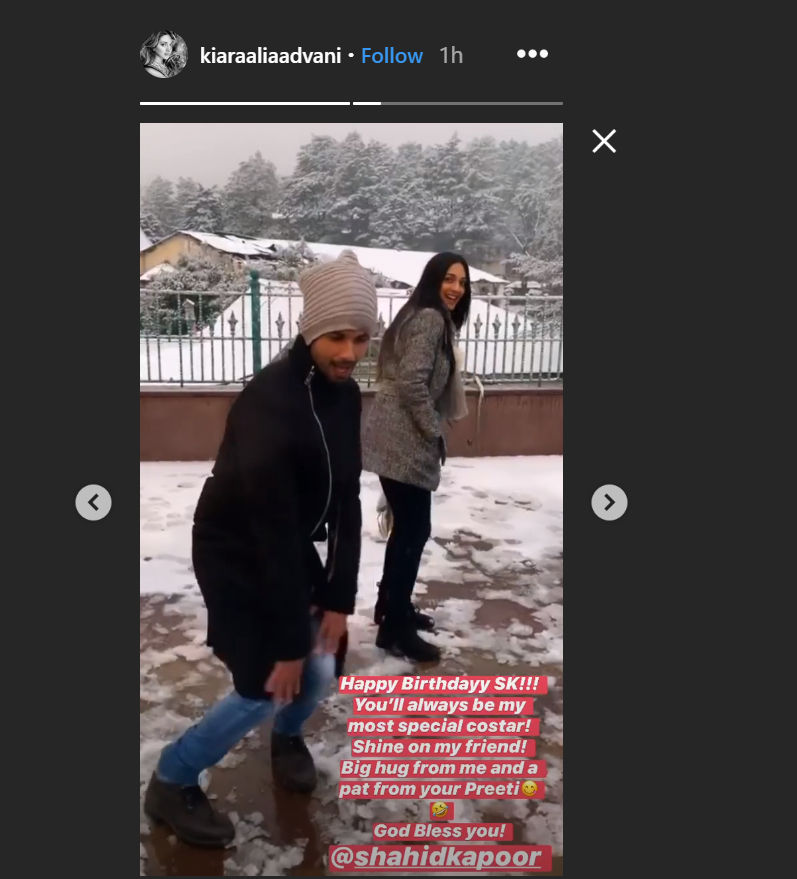 On the professional front, Shahid will be next seen in the film Jersey where he will be seen playing the role of a cricketer. He is currently shooting for the same in Chandigarh.