Is Salman Khan the desi 'Indiana Jones' in a three-part franchise inspired by the American adventure series?

Salman Khan, with a diverse range of films in Bollywood, has established himself as a versatile actor. Be it comedy, action and even drama, he has done it all. The beloved 'Robin Hood Pandey' of tinsel town, after a series of hits in 2019, is all set to make the cash counters ring with back-to-back projects in the next two years. Salman, who is currently in Goa shooting for Prabhudheva's next titled Radhe: Your Most Wanted Bhai, if reports are to be believed, is planning to produce a franchise inspired by Harrison Ford's Indiana Jones. Well, yes. According to a report of a leading daily, the 54-year-old superstar will star as well as produce a three-part series which will not be an adaptation but an inspired one. The film is said to go on floors later this year.

"Salman's team is using the popular action hero only as a reference point. The film will be inspired by the original, but it's not a direct adaptation," a source close to the development told the leading daily. 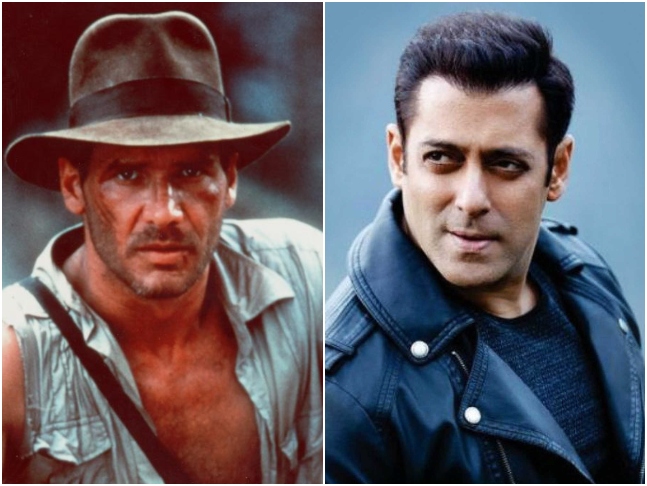 The source further informed that unlike the original, Salman won't be seen in the role of an archaeology professor and adventure seeker, but the character will undergo several changes to appease the Indian audience. The source told that Salman will be shown leading dual lives but daddy-issues from Indian Jones will be retained. "Several characteristics will be changed. There is a conscious effort to not replicate any of Salman's trademark characters—Chulbul Pandey (Dabangg) or Tiger (Tiger Zinda Hai). He leads an exciting parallel life, which is a way to escape the dullness of his own existence. But the daddy-issues of the original character will be retained," the source added.

Workwise, Salman, apart from Radhe, will be seen in Kabhi Eid Kabhi Diwali which will release on Eid 2021 while Kick 2 will open at theatres in December 2021.