Advertisement
HomeBOLLYWOODENTERTAINMENT NEWSNot in favour of anyone trolling anyone: Nandita Das on Anupam Kher-Naseeruddin Shah row

A few days ago, Naseeruddin Shah courted controversy by calling Anupam Kher a 'clown' and 'sycophant' while applauding Deepika Padukone's Jawaharlal Nehru University visit. Soon, in response to this statement, Anupam posted a video on his Twitter account and stated that Naseeruddin is a frustrated man who is on 'substance' that is disabling him to differentiate. Talking about the matter, Nandita Das, who has worked with both the veteran actors in the past, expressed her opinion. The actress- filmmaker told that she isn't in favour of anyone trolling anyone.

"The Hindi film industry is not a homogenous industry. There are people who hold different views but I am not in favour of anyone trolling anyone. I am of Gandhian principles in that sense," Nandita told. 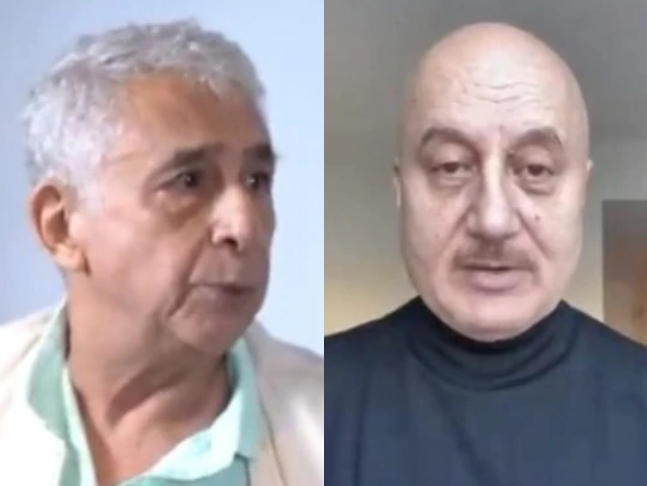 Talking about CAA, NRC and NPR, Nandita said that they have been coined to divert attention from unemployment and price rise. She further stated that the Government should engage in a dialogue to resolve problems.

"I want the fence-sitters to join in. The use of NRC, CAA and NPR has been to divert attention from unemployment, price rise. The Government should indulge in dialogue and communication with protestors at Shaheen Bagh. Dialogue is the only way to resolve any issue," Nandita added.

If Hrithik Roshan likes my photo, I go mad: Vicky Kaushal on being a d