Advertisement
HomeBOLLYWOODENTERTAINMENT NEWSI am quite aware of what the history was and this is not history: Saif Ali Khan on 'Tanhaji: The Unsung Warrior'

Saif Ali Khan, who is currently busy promoting his next film Jawaani Jaaneman, recently talked about Tanhaji: The Unsung Warrior in which he played the historic role of Mughal general Udaybhan Rathod. The film also starred Ajay Devgn as Tanhaji and Kajol as his wife Savitri Bai. Saif received appreciation for his quirky role but recently said that it was not a "historical role".

In an interview with journalist Anupama Chopra, Saif called the role “delicious” and said his issue with the film’s politics stems from an individual point of view and not as an actor. “For some reason I didn’t take a stand… maybe next time I would,” Saif said, adding, “I was very excited to play the role because it’s a delicious role. But when people say this is history; I don’t think this is history. I am quite aware of what the history was.”

Tanhaji propagates the idea of Swaraj as early as the 17th century. “I don’t think there was a concept of India till perhaps the British gave it one. I don’t think there is really any constructive point in arguing about loudly, provided you yourself know why you’re doing it,” Saif, a self-confessed history buff, added. 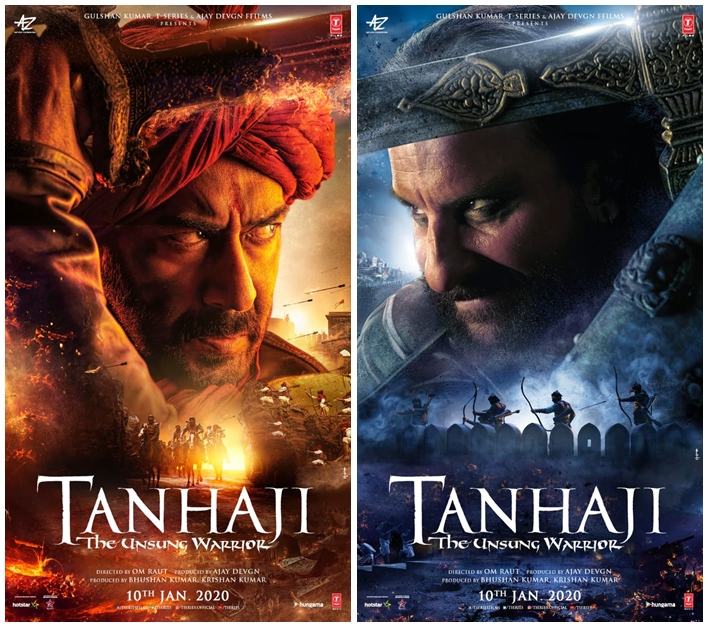 “History would be in the realm of the intelligent. Someone being taught that in schools today should not quote it internationally. They will be corrected and told that they are wrong,” he said.

Explaining why the Hindi film industry is making films such as Tanhaji, Saif accepted that ‘this is what runs’ and therefore an idea ‘that has caught on’. “I would really like to a part of a film industry that would take a stand that wouldn’t make mass kind of films like that. Films that would rather say ‘hey this is what history is’ rather than mould it to certain kind of belief. But people say that is what runs and that’s what’s given it the extra kind of bump, I mean it’s more than just action movie. There’s an idea there that seems to have caught on, but certainly a dangerous idea.”