Advertisement
HomeBOLLYWOODENTERTAINMENT NEWSI left him, had to take that step: Maheck Chahal confirms calling off engagement with Ashmit Patel after five years of relationship

I left him, had to take that step: Maheck Chahal confirms calling off engagement with Ashmit Patel after five years of relationship

Actors and former Bigg Boss contestants, Ashmit Patel and Maheck Chahal, have called off their engagement and wedding after being in a relationship for over five years. The two got engaged to each other two years back. According a report in a leading daily, they have parted ways due to compatibilty issues. “They got engaged in August 2017, and were planning a destination wedding a year later. However compatibility issues cropped up and so, they decided to push the wedding. Things gradually deteriorated, and a few months ago, they finally parted ways," the daily quoted a source as saying.

Confirming the news, Maheck told the daily, “I left Ashmit. I had to take that step and walk out.” In fact, Ashmit too revealed that they are no longer together but requested everyone to give them privacy. “It’s true that we are no longer together. I would request privacy on this matter, and would not like to comment," he maintained. 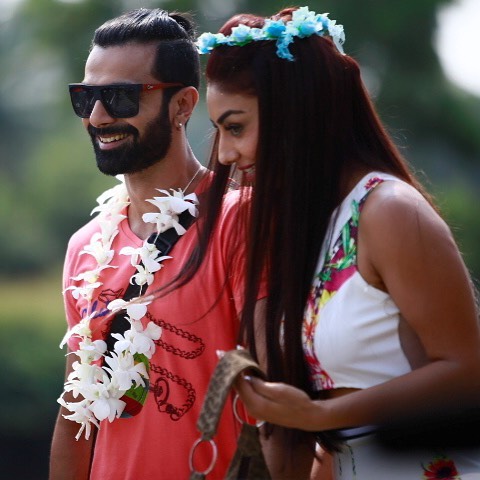 RECOMMENDED READ: From Veena Malik – Ashmit Patel to Rahul Mahajan – Payal Rohatgi, find out everything about the couples who got cosy on 'Bigg Boss'

For the unversed, Ashmit and Maheck went on a romantic holiday to Europe in 2017 and that's when he had proposed to Maheck in Spain at an eatery. Interestingly, both have even removed romantic posts for each other on Instagram.