Sanjay Dutt is currently one of the busiest actors in Bollywood. With back-to-back projects, the star has been juggling between multiple characters with natural ease. Although Sanjay had a lukewarm 2019 at the box-office with not so successful films like Kalank, Prassthanam and Panipat, he is all set to bounce back with a blockbuster 2020. The actor, who turned 60 last year, will star in big-budget projects like Shamshera, KGF: Chapter 2, Sadak 2 and Bhuj: The Pride Of India. However, it seems Sanjay, who is currently neck-deep busy shooting for all of them, has taken a step forward and signed yet another project. Well, yes.

As per a list that is doing the rounds of media, Sanjay is said to have joined Akshay Kumar, Suniel Shetty and Paresh Rawal in Hera Pheri 3. This project that is the talk of the town for a decade now, is yet to be greenlit by the makers. With the buzz that Sanjay will be teaming up with the amazing trio, the anticipation has shot up extremely high. 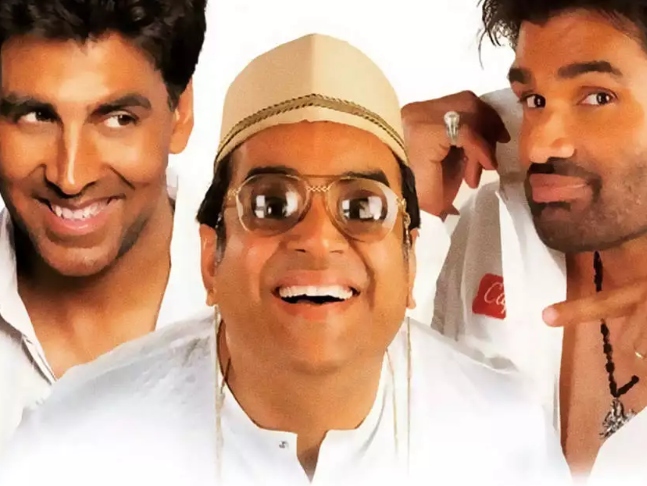 Recommended Read: Nothing is decided on Hera Pheri 3 and I can't say whether this will happen, says director Priyadarshan

Hera Pheri 3, unlike the previous two, will be directed by Priyadarshan and not Indra Kumar. Priyadarshan, who is making his comeback to Hindi films with Hungama 2 starring Shilpa Shetty, Meezaan, Paresh and Pranitha Subhash, is yet to officially announce the film. Speaking about the story, according to earlier reports, Hera Pheri 3 will pick up from where the second edition ended and will fast-forward to the present. The screenplay of Hera Pheri was written by Neeraj Vora while he also directed the second part Phir Hera Pheri. Neeraj died in 2017.

Deepika Padukone has finally put a ‘label’ on Ranveer Singh while