Sankranti is a holiday that holds a lot of prominence in the Telugu film industry. The makers look forward to releasing the entertaining, celebratory content during this holiday as the audience like to step out during this festival. Films with strong and entertaining content tend to fare well during this festive week, and that’s the reason why big-ticket films try to jostle for space. This trend has been witnessed for decades.

Chiranjeevi’s Mrurgajaru and Balakrishna’s Narsimha Naidu released during Sankranti in 2001 when the former’s film was an all-time hit. Post that, we saw Allu Arjun’s Desamuduru and Prabhas’ Yogi release in January 2007 where Desamuduru became a blockbuster and in 2013, Ram Charan-starrer Naayak clashed with Mahesh Babu's Seethamma Vakitlo Sirimalle Chettu in theatres and both of them were successes. The trend continued every festive season and we saw Nandamuri Balakrishna’s N.T.R: Kathanayakudu, Ram Charan’s Vinaya Vidheya Rama and Victory Venkatesh’s F2 – Fun and Frustration battle at the box office last year and F2 coming out as the blockbuster. This year, Sankranti will see the clash of the titans with ‘Stylish Star’ Allu Arjun’s Ala Vaikunthapurramloo and ‘Superstar’ Mahesh Babu’s Sarileru Neekevvaru coming together for the first time. While Sarileru Neekevvaru releases on January 11th, the Allu Arjun-starrer will hit the theatres a day later on January 12th. 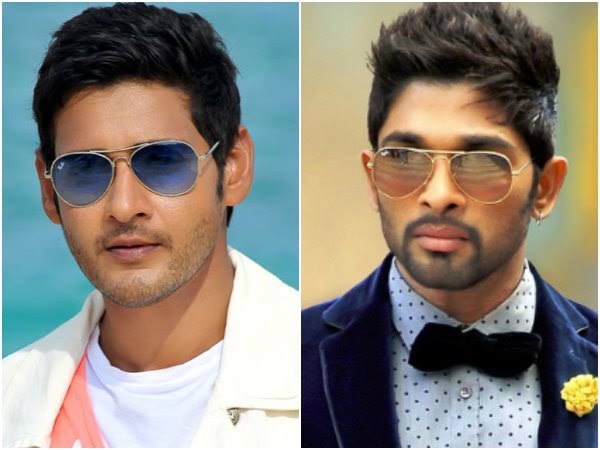 A source from the industry says, “Mahesh Babu entered the industry in the ‘90s and Allu Arjun made his debut in mid-2000, both of them are ruling the Telugu film industry today. And it is not only limited to the Telugu-speaking audience. Their Hindi dubbed films have garnered them the attention of the pan-India audience as well. With charming good looks, Mahesh Babu has enthralled the audience with his family-oriented films, while Allu Arjun receives a lot of love from the youth along with the family audience due to his ‘Stylish Star’ avatar, action-packed roles, and dancing skills.”

Before their releases, Mahesh Babu and Allu Arjun both hosted major events in Hyderabad last week. Both of them, having a strong fan-following, created a lot of buzz in the media and among the audience. Talking about the events, the source continued, “The back-to-back events were a perfect start of the year for the audience. Mahesh Babu’s event saw him and Chiranjeevi come together which made the crowd go wild. But the next day, Allu Arjun’s fans came in humungous numbers to see the actor dominate the stage alone for the musical night of Ala Vaikunthapurramloo. Thousands of admirers cheered for ‘Bunny’ who entertained them as well as touched their hearts with his emotional speech. As a younger star Allu Arjun has kept this game at par with his senior Mahesh Babu for sure.”

#AlaVaikunthapurramuloo Theatrical Trailer . Hope you all connect to it n visit us soon ... https://t.co/5TvnjQJmdY

Well, the clashes might be among the biggies but the audience, like always, has come out as the winner thanks to the amazing content as well as the charm of the superstars on the big screen. Only time will tell who wins the box office clash between Allu Arjun and Mahesh Babu this Sankranti. We wish both the superstars all the best for their upcoming releases.