Advertisement
HomeBOLLYWOODENTERTAINMENT NEWS'Preeti will always be special, thank God nobody else did it,' gushes Kiara Advani about her character in 'Kabir Singh'

'Preeti will always be special, thank God nobody else did it,' gushes Kiara Advani about her character in 'Kabir Singh'

Shahid Kapoor's-Kiara Advani's film Kabir Singh invited enough criticism from a section of audience and critics alike. Apart from the violent content, misogynistic nature of the film and Shahid's highly abusive character, what came under people's radar was Kiara's submissive Preeti Sikka. As Preeti, a simple girl from the medical college, Kiara became subject to objections for keeping calm while Kabir aka Shahid enforced his anger on her. While some lauded the pretty actress for pulling off the role with ease, the female audience found it troublesome to watch a girl becoming a soft target to male dominance in the age where women are shown to essay strong characters. So much so, before roping Kiara in, several actresses gave the character a miss, owing to the regressive nature. Talking about the role of Preeti and rejection from other leading female stars, Kiara thanked that no other person did it. 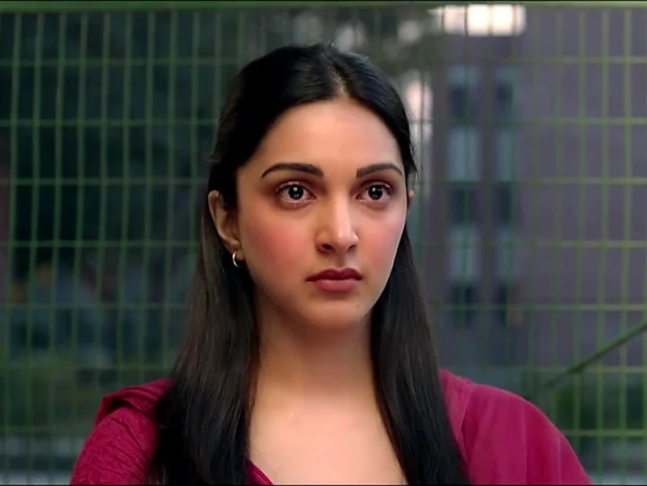 Adding further, the pretty actress told that Kabir Singh is a strong love story that was impactful and superseded every other aspect. She then said that the memes made on the film are funny and told that certain characters go down the history and the ones in the film are like those. She then said Preeti will always be special for people and hoped to win over the audience with her other characters.

“I watched the original movie, so I had my opinions on it. But I felt like those are my opinions and as an actor, I am playing a part which doesn't have to be me. So I never judged the character while I was playing it. Maybe as an audience, I did sit back and say, ‘Oh, I wouldn't have done that’, maybe this and this is different. But maybe what connected with me when I watched the original was the love story and I felt, that was so powerful and impactful that it just for me superseded everything else. I hadn't seen a love story like that in a very long and that's exactly what Kabir Singh did. Even today, any photo I put with anybody, with any other co-star, with a friend, sometimes with whoever, I have a meme of Kabir Singh with Shahid sitting on the bike and these memes are so funny, how much we laugh, because I know that certain characters go down in history and this feels like one of those. So we can't, we will never be able to and we don't even want to because it’s so special. Preeti for people will always be special. So now I have to hopefully win them over Monica and all the other characters," Kiara added.

Kabir Singh, starred Shahid as a brilliant surgeon who becomes a self-destructive lover after his girlfriend Preeti, gets married off to someone else. The film is a remake of the Telugu blockbuster Arjun Reddy, which starred Vijay Deverakonda and Shalini Pandey in the lead roles. Directed by Sandeep Reddy Vanga, the film released on June 21, 2019.