Akshay Kumar's and Twinkle Khanna's son Aarav Bhatia is undoubtedly one of the future stars and there ain't a denial. Apart from being a perfect successor of his handsome superstar father, the 17-year-old it seems is a tough critic of the latter's films. Well, yes. Akshay, who is gearing up for the release of his upcoming project Good Newwz, during an interview with a leading daily, revealed that Aarav watches almost all his films and ensures to give a one-word feedback. The 52-year-old star further disclosed that his charming son 'loved' Mission Mangal and found Housefull 4 to be 'okay'.

"Sometimes he watches them. Actually he watches 90 percent of my movies. He then tells me also how he found the film. He gives one-word feedback, if he likes it he will say, ‘Good dad, I liked it or dad I didn’t like it’. He watched Mission Mangal and he said, ‘Dad, I loved it’. But when he saw Housefull 4, he was like, ‘it was okay dad’, "Akshay told. 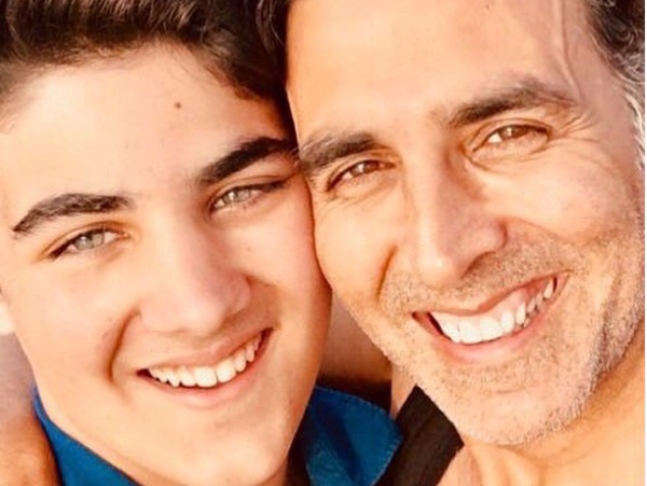 Recommended Read: I’ll always be besides you to guide you: Akshay Kumar on son Aarav Bhatia's 17th birthday

Mission Mangal was directed by Jagan Shakti and starred Vidya Balan, Sonakshi Sinha, Taapsee Pannu, Nithya Menen and Kirti Kulhari in the lead role. The film orbited around the journey of the team led by Akshay to achieve a seemingly impossible task of reaching Mars in India’s maiden attempt, establishing India as the only country in the world to set this record. It released on August 15, 2019. On the other hand, Housefull 4 was a reincarnation comedy starring Kriti Sanon, Riteish Deshmukh, Bobby Deol, Pooja Hegde and Kriti Kharbanda with Akshay. It was directed by Farhad Samji and released on October 25, 2019.

Talking about Aarav, he is currently pursuing his higher studies. The reports of his Bollywood debut are yet to be confirmed.