Advertisement
HomeBOLLYWOODENTERTAINMENT NEWS‘Mujhse Shaadi Karogi 2’ is a great idea, Sajid Nadiadwala should make something: Akshay Kumar on his love for Salman Khan and sharing screen space with him in the sequel

‘Mujhse Shaadi Karogi 2’ is a great idea, Sajid Nadiadwala should make something: Akshay Kumar on his love for Salman Khan and sharing screen space with him in the sequel

It is a well-known fact that Akshay Kumar and Salman Khan share a great rapport with each other. However, after avoiding a box office clash between Akshay’s Sooryavanshi and Salman’s Inshallah the two superstars are going to lock horns with each other on Eid 2020. Akshay’s Laxmmi Bomb will take on Salman’s Radhe: Your Most Wanted Bhai next year.

In a recent interview to a leading daily, Akshay spoke about his love for his co-star of Mujhse Shaadi Karogi? When he was further quizzed whether he would like to share screen space again with the actor in a sequel to their hit comedy film, Akshay said, “Yes, why not? If things work out, we would love to do it. ‘Mujhse Shaadi Karogi 2’ is a great idea, Sajid Nadiadwala should make something. We would love to do it. I have always loved Salman, I have a soft corner for him.” He also said that he hasn’t seen Dabangg 3 yet but will soon go and watch it. 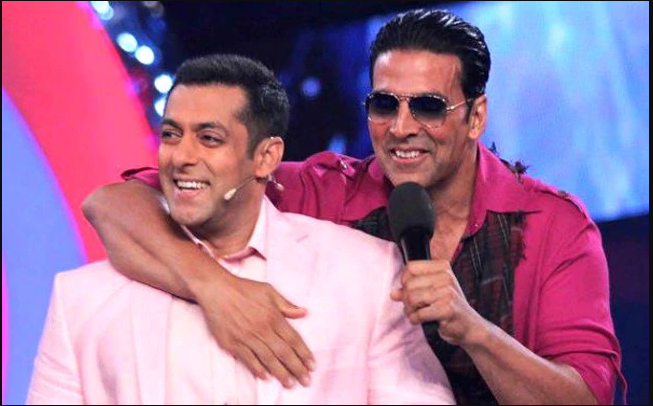 Although the actors share a great friendship, their fan clubs often get into the war zone with each other over their films. Recently, they are busy trolling each other on social media with various hashtags. Akshay fans started trending #Dabangg3boxofficescam while Salman fans ended up trolling Akshay by trending #CitizenshipscammerAkshay.

Mujhse Shaadi Karogi? also featured Priyanka Chopra Jonas as the female lead. It would be interesting to see if the sequel does come to fruition who will play the main role opposite the two superstars.