Ajay Devgn and Rakul Preet Singh lit up the screens in their last outing De De Pyaar De that was directed by Akiv Ali. Now, reportedly the two are already to star once again in Indra Kumar’s comedy film that also stars Rakul’s Marjaavaan co-star Sidharth Malhotra in the lead. The actress has just begun shooting for her next film with Arjun Kapoor directed by Kaashvi Nair.

Indra’s and Ajay’s collaboration goes way back. They first worked together in the 1997 film Ishq. They recently teamed up for the ensemble comedy Total Dhamaal that was a runaway hit and brought the house down with its rib-tickling comedy. 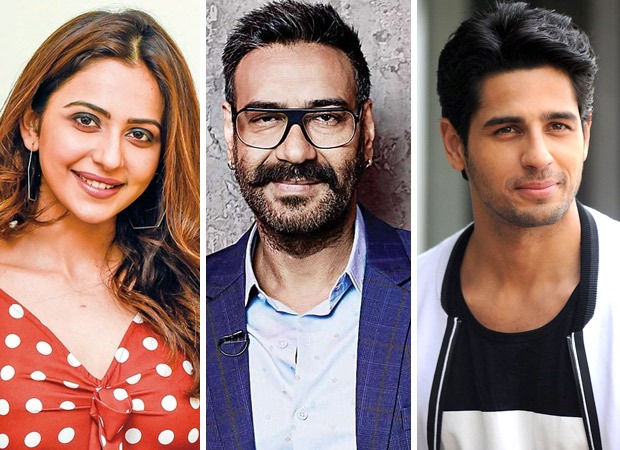 According to media reports, the film will have a comic appeal along with a social message. Rakul is likely paired opposite Sidharth and if everything goes according to plan then the film will roll in the early part of 2020. Rakul has quite a few lucrative projects in hand. Besides the film opposite Arjun, she will also be seen in Attack that stars John Abraham in the lead.

Meanwhile, Ajay is looking forward to the release of his 100th film Tanhaji: The Unsung Warrior. He will also play the role of football coach Syed Abdul Rahim in Amit Ravindernath Sharma’s Maidaan. He also has Bhuj: The Pride of India in the works.