Prithviraj: Akshay Kumar and Manushi Chillar starrer historical drama to be a visual spectacle with 35 lavish sets mounted across Maharashta and Rajasthan?

Akshay Kumar, currently, is amongst the busiest actors in Bollywood. With four releases this year namely Kesari, Mission Mangal, Housefull 4 and Good Newwz, the actor has proven to master any given role with equal finesse and a personal Midas touch. Come 2020, Akshay will be onscreen with four interesting films that are spread out across the year and one of them is the historic project based on the life of Prithviraj Chauhan titled Prithviraj. Directed by Dr. Chandraprakash Dwivedi, Prithviraj went on floors on November 15. While fans of Akshay are waiting with bated breath for further updates on the film, reports, as per the latest development, suggest that the larger-than-life historical film is being mounted on grand sets. With 35 lavish sets across Maharashtra and Rajasthan, the makers are leaving no stone unturned to turn it into a visual spectacle.

"In Mumbai, the sets are being built in adjoining areas of the city, apart from Film City. In Rajasthan, filming is likely to take place extensively in Jaipur, Udaipur and Jaisalmer. The unit wants to make the film a visual spectacle. It will include incredible fight sequences, and will also showcase the opulence of kings, and their kingdoms, back then. Thousands of workers will construct these mammoth sets," the source informed the daily. 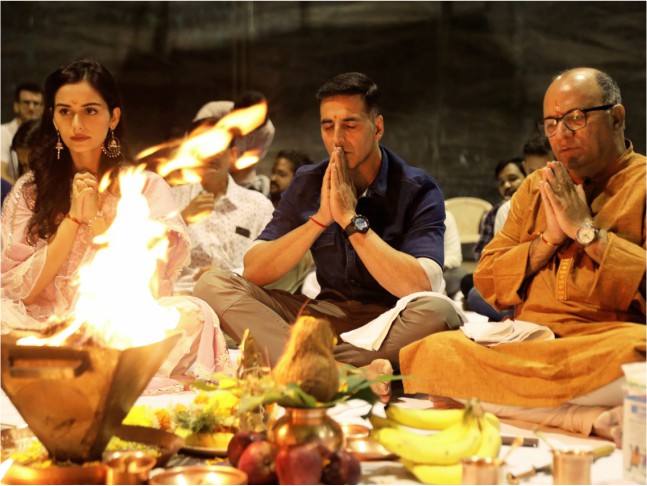 Recommended Read: 'I gave my first shot for Prithviraj on the same day I had won Miss World two years back,' gushes Manushi Chillar calling it a beautiful coincidence

Speaking of Prithviraj, the film will trace the story of Samrat Prithviraj Chauhan who stood strong and battled against Muhammad of Ghor and his ruthless invaders of India. With his bravery and valour, the warrior attained the status of a legendary ruler and fighter of free India. It is produced by Yash Raj Films and also stars Manushi Chillar in the lead role. The film is scheduled to release on Diwali 2020.

Theatres won't open for atleast a year: Shekhar Kapur talks about the