Ajay Devgn is busy shooting for his upcoming sports biopic Maidaan in Kolkata. The film is based on the ‘golden years of Indian football’ and features Ajay in the role of the legendary coach Syed Abdul Rahim, who is said to be the founding father of Indian football. He was the coach and manager of the Indian team from 1950 until his death in 1963. The film also stars Keerthy Suresh in the lead.

Today, Ajay was clicked at the sets of the film Maidaan. Wearing a teal-colored blazer, beige pants and striped tie Ajay looked deep in conversation with the crew. The blazer that he wore also showed the emblem of the Indian football team. Check out the pictures below. 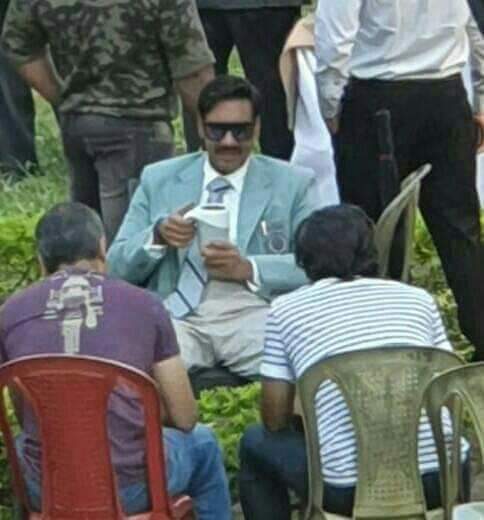 Maidaan is being directed by Amit Ravindernath Sharma who wants to familiarize the audience with the legendary coach’s immense contribution to Indian football. The film is all set to be Ajay's first multi-lingual release and will hit the screens in Hindi, Tamil, Telugu and Malayalam. Produced by Zee Studios, Boney Kapoor, Akash Chawla and Arunava Joy Sengupta, the film's screenplay and dialogues are written by Saiwyn Quadros and Ritesh Shah respectively.