Advertisement
HomeBOLLYWOODENTERTAINMENT NEWSWHAT! Ranveer Singh stapled the sides of his stomach to feel the pain of getting shot in 'Lootera'? The actor reveals

WHAT! Ranveer Singh stapled the sides of his stomach to feel the pain of getting shot in 'Lootera'? The actor reveals

Within a short span of time, Ranveer Singh has established an independent foothold for himself in the vast film industry. The actor, not just sinks deep into his character but manages to pull them off with equal conviction. From locking himself up inside a room during Padmaavat to staying with former Indian cricket team captain Kapil Dev at his residence for his upcoming biopic, Ranveer undoubtedly believes in getting into the skin of the character by taking experience. And did you know, to ace the shot in Lootera where he is shot dead, Ranveer stapled the sides of his stomach to feel the pain of getting shot by a bullet? The Band Baaja Baaraat actor, during a round-table interview for an entertainment portal, confessed to having done so as he was relatively inexperienced and new to acting. Adding that he wasn't comfortable with his craft, he didn't know the nitty-gritty of filmmaking. But now, after nearly a decade in Bollywood, Ranveer said he won't repeat such a thing as he now knows better ways to bring out emotions and feelings onscreen.

“At that time I was very raw as an actor, exploring my craft. I wasn’t comfortable with my craft. I didn’t know how to do it. I was so raw that I didn’t know the ABC of filmmaking. Even when I was an AD, I used to be given menial jobs, I would be far away from the sets. So I hit the ground running. For instance, I was so kaccha (raw) during Band Baaja Baraat, I would be doing two shots with Anushka and there would be a boom mike guy standing and I would ask her ‘Who’s this guy?’ She’s like ‘whatever dialogues you say, he’s going to capture that’. I would be like ‘He’s going stand here only?’ I literally started from scratch. I didn’t know at that time when I was making that choice for Lootera. You operate from a place where you are not comfortable with your craft, a place of insecurity and nervousness and you tend to do a lot more to achieve a certain effect... sometimes to the degree of harming yourself. I wouldn’t do it now as I know that there is more efficient way of doing it. Back then, I am thinking to myself: ‘I have never been shot, now I am going to get shot. So how am I going to depict a real sort of pain on screen?’ Now when I look back on Lootera, I watch the scenes like this (leans back and make an expression of discomfort) because it takes me back to a memory of immense amount of physical pain. It’s all real. But today, having acquired more knowledge and comfort with my craft, I know that there is another way of creating that effect," Ranveer told during the interview. 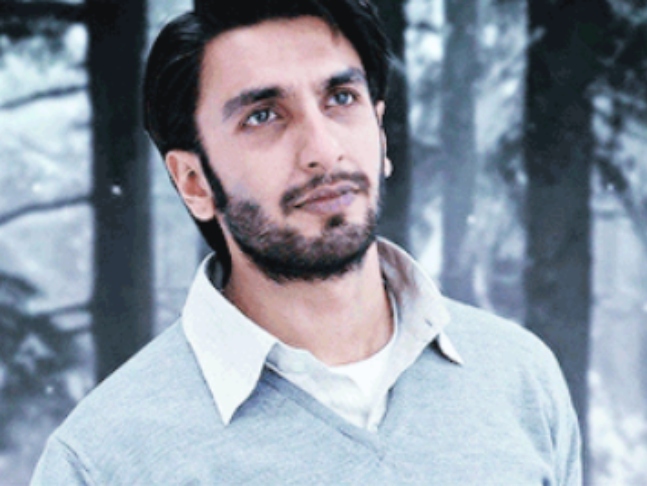 Recommended Read: 'Why is no one talking about my ‘performance’ in Simmba?' questions Ranveer Singh to the audience and critics

Workwise, Ranveer will be seen in '83, which traces the historic victory of the Indian cricket team during the 1983 world cup. The Kabir Khan directorial is being presented by Anil Dhirubhai Ambani’s Reliance Entertainment and will star Ranveer as the former captain of the Indian Cricket Team Kapil Dev. His real-life wife Deepika Padukone has been cast as Kapil's wife Romi Dev. ‘83 is being co-produced by Madhu Mantena, Sajid Nadiadwala and Reliance Entertainment. It is scheduled to release on April 10, 2020. Apart from that, he will be seen in Yash Raj Films' Jayeshbhai Jordaar and Karan Johar's Takht.