Varun Dhawan, over the years, has proven to be a bankable star with a great youth appeal. With blockbusters and versatile films falling into his kitty back-to-back, the actor has emerged as a filmmakers' favourite. Although his recent outing Kalank failed to spark off at the box-office, Varun ensures to take the new year by storm with a fascinating lineup of projects. Now, while he is busy shooting for Coolie No. 1, Varun, it seems, has come on board for Shashank Khaitan's next film. As per reports of a leading daily, the Dulhania franchise duo will be reuniting for their third collaboration together. Joining Varun in the lead will be Kiara Advani and Bhumi Pednekar, if reports are to be believed. According to sources close to the development, Karan Johar, who will be producing the out-and-out commercial entertainer under his banner Dharma Productions, and Shashank, after contemplating several options, finalised the trio.

“After contemplating several options, Shashank and KJo finalised the trio. They liked the script and were immediately on board,” the source told. 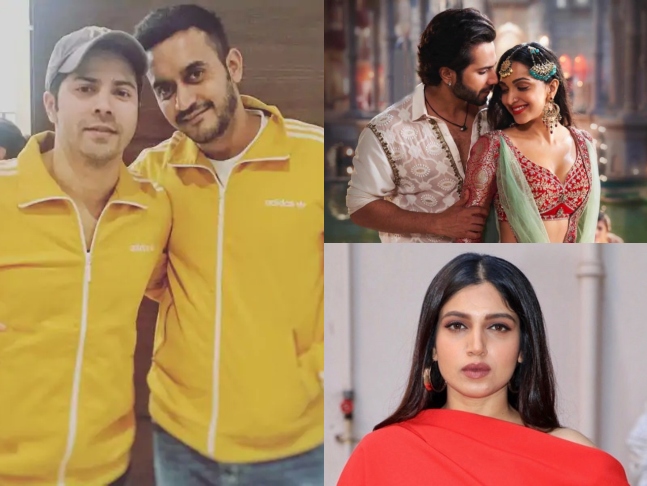 With this said film, Varun and Kiara will be collaborating for the second time after Kalank in which their chemistry was much appreciated. The film will reportedly go on floors in mid-2020 and is said to be in its scripting stage.

Workwise, Varun is currently working on Coolie No. 1, co-starring Sara Ali Khan. The rom-com is directed by David Dhawan and will release on May 1, 2020. Apart from that, he will feature in Street Dancer 3D with Shraddha Kapoor and will portray the role of Second Lieutenant Arun Khetarpal in his biopic reportedly titled Ekkees. Speaking of Kiara, she is gearing up for the release of Good Newwz. Apart from that, she will star in Indoo Ki Jawani, Laxmmi Bomb and Bhool Bhulaiyaa 2. Bhumi will be seen in Pati, Patni Aur Woh, co-starring Kartik Aaryan and Ananya Panday. She will also feature in Bhoot: Part One: The Haunted Ship with Vicky Kaushal, followed by Takht.

Jaan missing you lots every second of the 900 days you left us: Boney