Aamir Khan, with the announcement of Laal Singh Chaddha, took his fans and avid cinema watchers by pleasant surprise. The film, which was officially confirmed by the actor on his 54th birthday in March this year, within no time, became the highly awaited and anticipated films of 2020. Now that Laal Singh Chaddha has gone on floors in Chandigarh, the excitement shot up to another level. While it was confirmed that Kareena Kapoor Khan will be paired opposite Aamir, rumours were rife that Tamil actor Vijay Sethupathi will be joining the team as the latter's best friend. Now, putting an end to all speculations, Vijay, during a round-table discussion for an entertainment portal, confirmed the news. It happened so that Vijay while talking about language barriers, was interrupted by Manoj Bajpayee, who was also a part of the panel interview. The latter actor went on to say that the Super Deluxe star will be seen with Aamir and Kareena in Laal Singh Chaddha.

While talking about the cultural connect and language barrier, Vijay said it isn't difficult to learn any language but understanding the culture is important to establish contact with the audience. “Anyone can learn the language easily, culture is very important. Only through culture, we can connect with the audience. If you go to Saudi Arabia and work there for 6 months, you can learn Arabic also. Language is not a big barrier, but the main thing is that I should know the culture,” Vijay told. 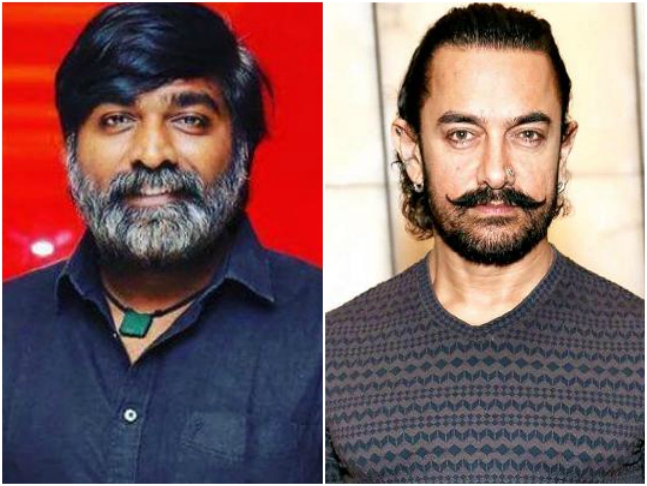 Speaking of Laal Singh Chaddha, the film apart from Aamir, Kareena and Vijay, stars Manav Vij in an important role. The film is directed by Advait Chandan and written by Atul Kulkarni. It will be produced by Viacom18 Studios and Aamir Khan Productions. Laal Singh Chaddha, which will release on Christmas 2020, will star Aamir as a Sardar and will be shot across 100 real locations.