Advertisement
HomeBOLLYWOODENTERTAINMENT NEWSNagarjuna to portray the role of an archaeologist in Ranbir Kapoor and Alia Bhatt starrer ,Brahmastra,?

Nagarjuna to portray the role of an archaeologist in Ranbir Kapoor and Alia Bhatt starrer ,Brahmastra,?

Only a few days back media reports suggested that Shah Rukh Khan has a cameo in Ranbir Kapoor's and Alia Bhatt’s Brahmastra for which the actor shot portions against a green screen at a city studio last week. Now, according to a leading daily, South superstar Nagarjuna, who is also a part of the film, has a special turn in the fantasy action-adventure. He will be seen playing the role of an archaeologist and has already shot in Varanasi in June.

The South actor filmed extensively in the Kashi Vishwanath Temple, the Chet Singh Fort and on the banks of Ganga for the Karan Johar production. “Nagarjuna’s character, along with his students, underertakes an expedition to restore an ancient temple along the banks of the Ganga,” revealed a source. 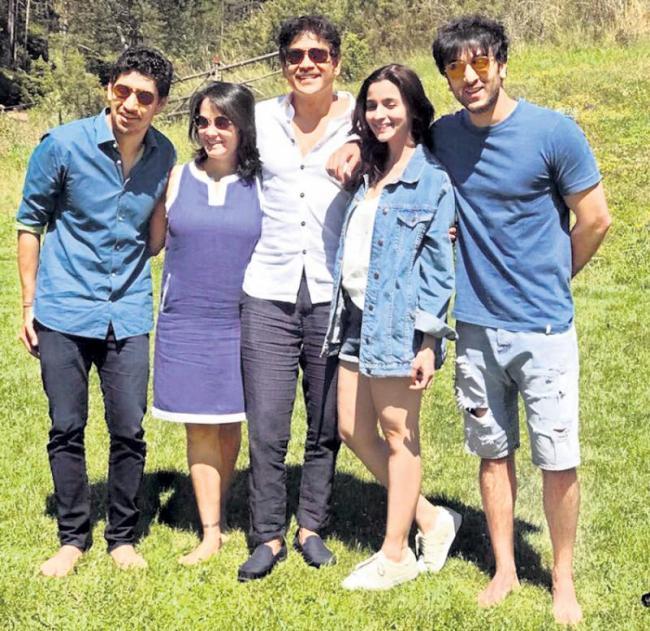 The Ayan Mukerji directorial, which revolves around the most powerful weapon, features Ranbir as Shiva, a guy-nextdoor who can emit fire from his hands, and Alia as his love interest, Isha. Buzz is, Amitabh Bachchan plays Shiva’s guru in the film.

“An important event leads Shiva and Isha to Nagarjuna,” the source informed, adding that the story unfolds in the ancient temple city before moving to the Himalayas. The film’s antagonists, Mouni Roy and Saurav Gurjar, also come into play because of Nagarjuna’s track. “The adventure kicks-off after all of them come face-to-face in Varanasi. A high-octane action sequence featuring them was shot earlier in the year,” the source concluded.

Nothing you say is keeping me up at night: Alia Bhatt's sister Shaheen