Bollywood's most sought after couple Aishwarya Rai Bachchan and Abhishek Bachchan were undoubtedly on cloud nine as their daughter Aaradhya Bachchan turned a year older. The little Bachchan princess, on Saturday, turned all of eight and has grown up to become a graceful and beautiful girl who has inherited the best from her parents. And in order to bring in the big day, Aishwarya and Abhishek, along with Amitabh Bachchan, Jaya Bachchan and Shweta Bachchan Nanda threw a birthday party for Aaradhya. With the theme of 'unicorn', the little Bachchan princess' birthday was nothing short of adorable.

For the party, birthday girl Aaradhya looked immensely adorable and a mirror reflection of a fantasy world Princess. She opted for a pastel pink ballroom gown with a big flower attached to the sleeve. Aaradhya teamed up her outfit with a crown attached headband. In pictures that went viral on social media platforms from the party, we can see Aaradhya standing besides Aishwarya, Abhishek, Amitabh and Jaya while cutting her unicorn-themed cake. Surrounded by her friends, she looked all happy and blissful while celebrating her birthday.

A post shared by Aaradhya Bachchan (@aaradhyabachchanofficial) on Nov 16, 2019 at 8:13pm PST

Recommended Read: Happy Birthday Aaradhya Bachchan: 10 loving pictures of the star kid with parents Aishwarya Rai Bachchan and Abhishek Bachchan that prove she is the apple of their eye

Our shutterbugs outside the birthday party venue, which was the Bachchans' residence-Jalsa caught a glimpse into the bash and clicked Aaradhya, Abhishek and Aishwarya enjoy a ride on a giant wheel. Aishwarya, who was dressed in a crisp white jacket and pants, was all smiles while Abhishek, handsome in a yellow outfit was beaming out of happiness. 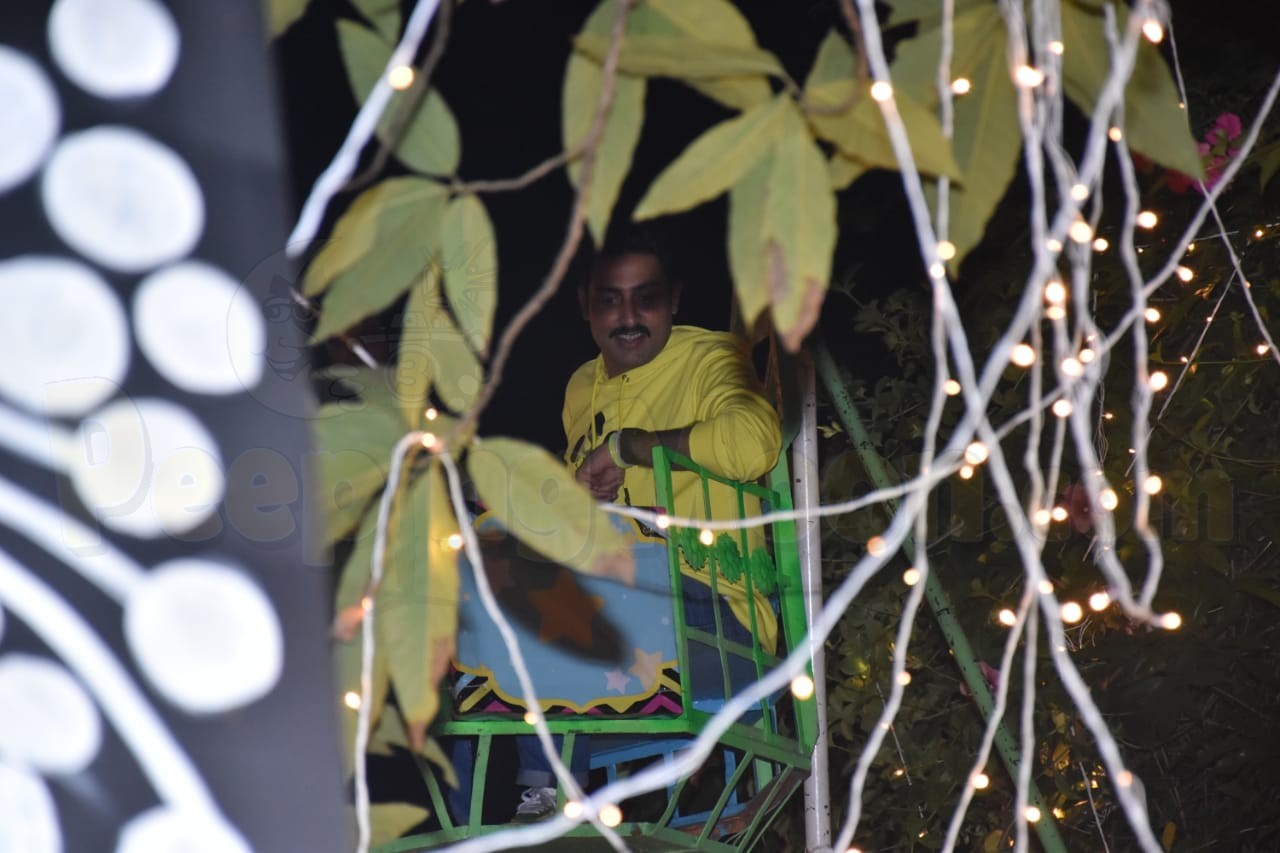 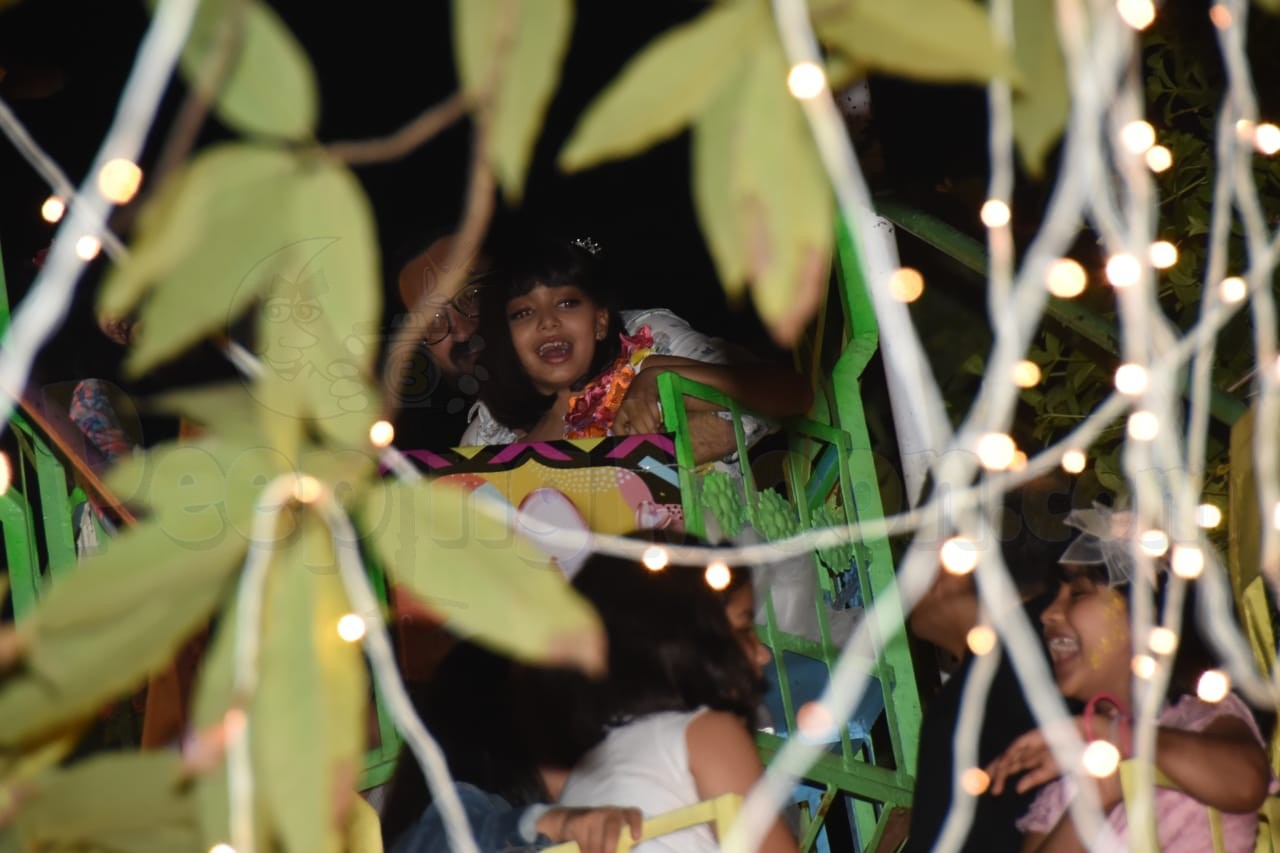 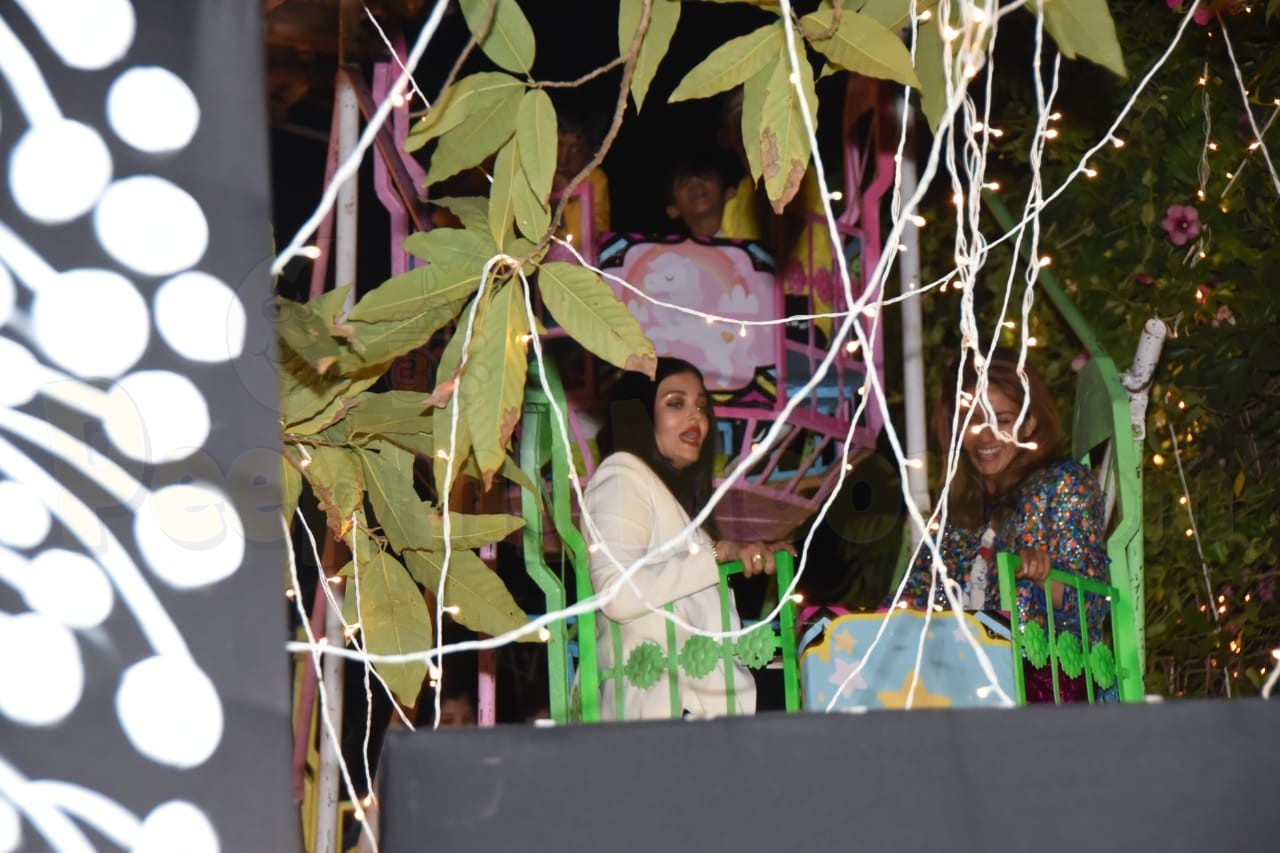 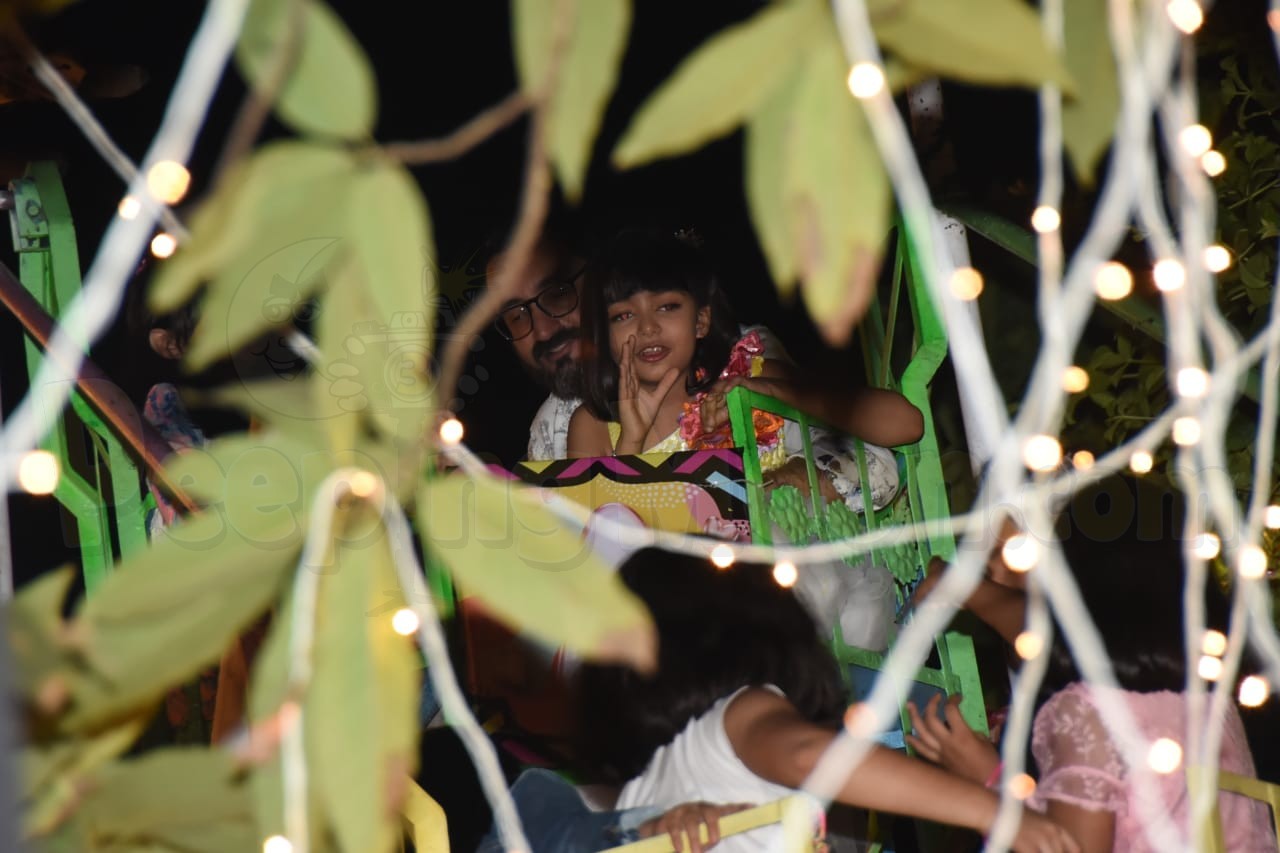 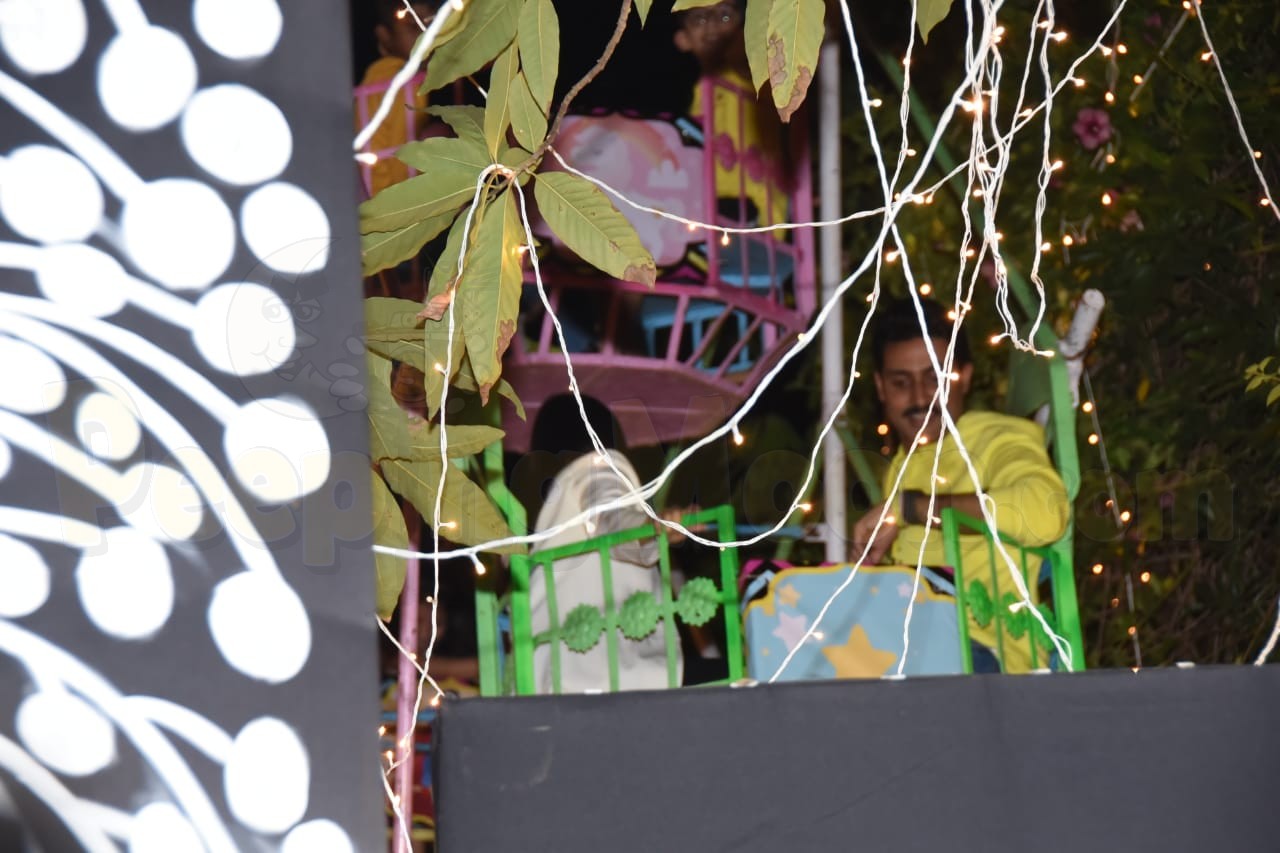 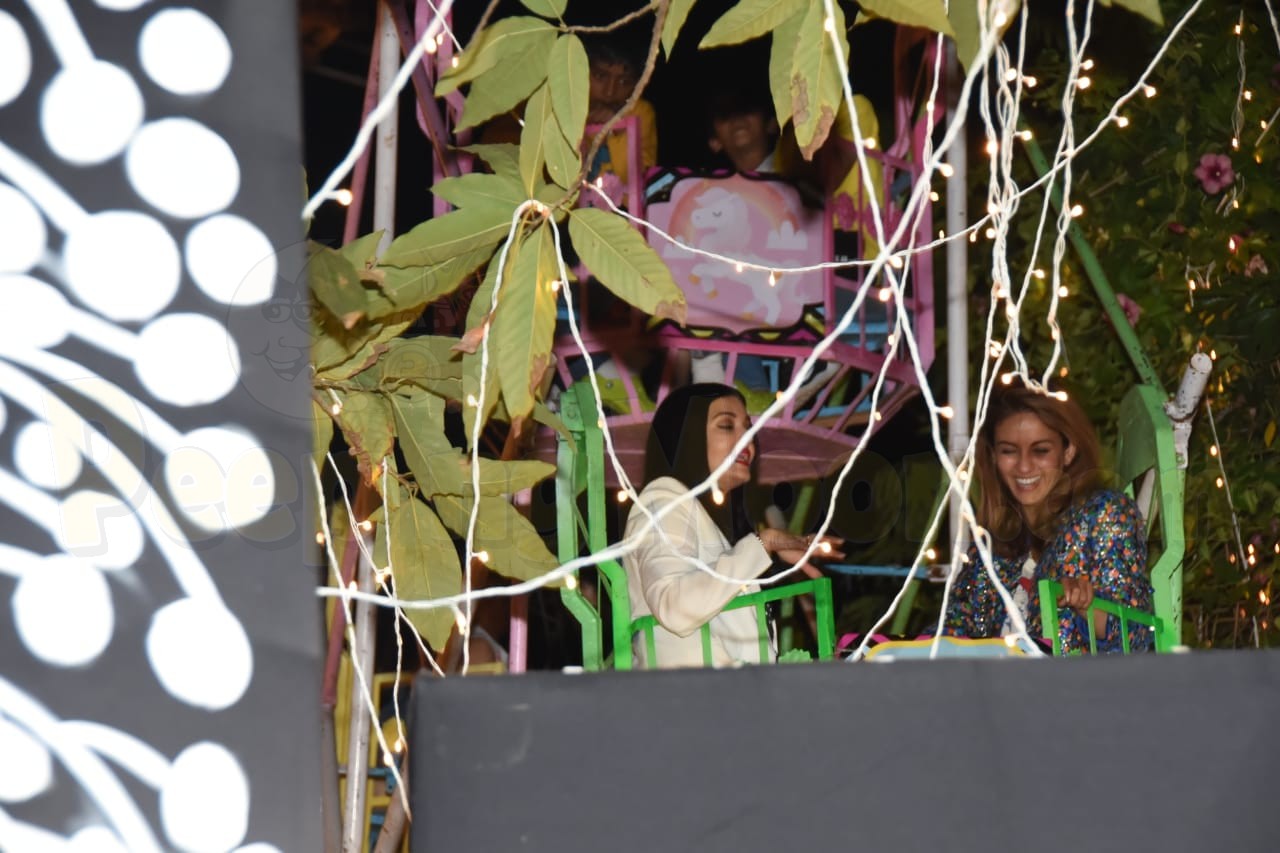 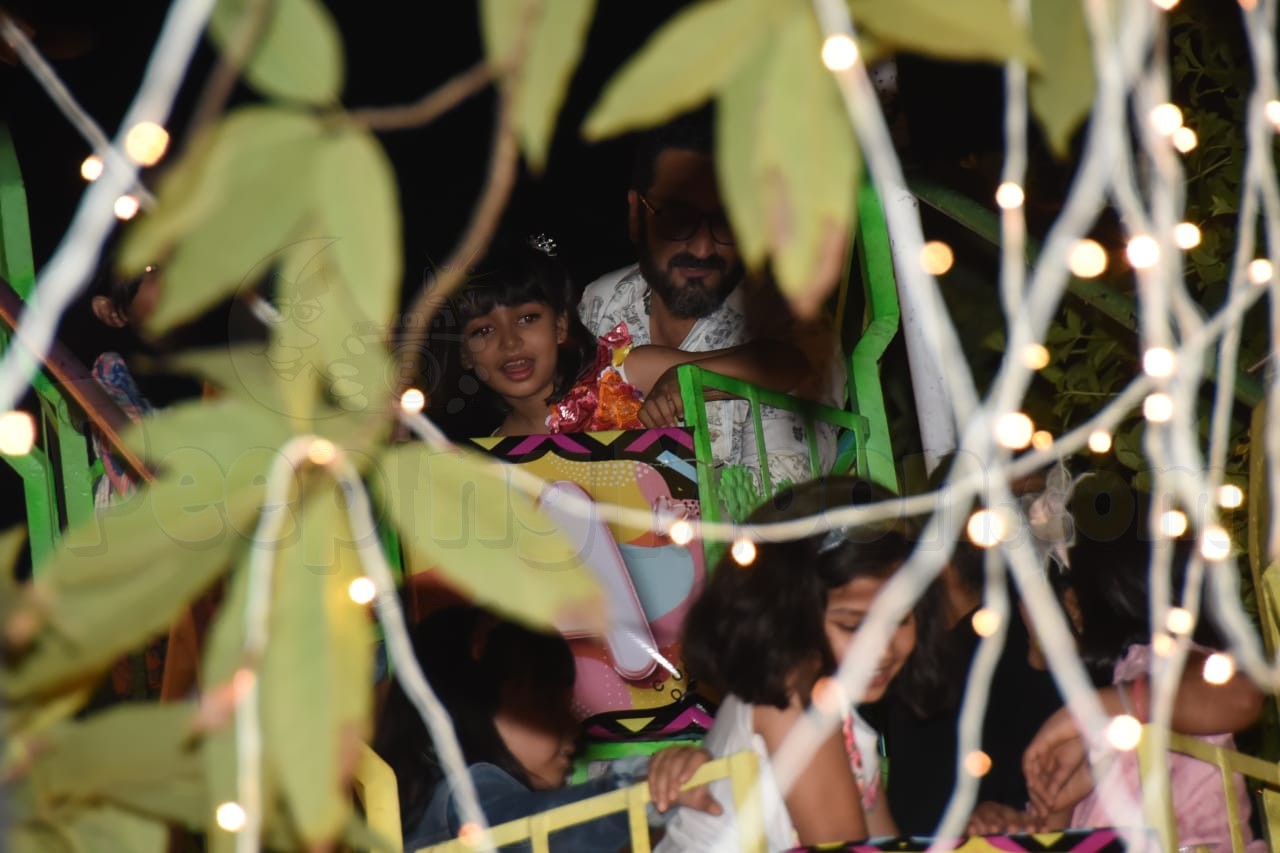 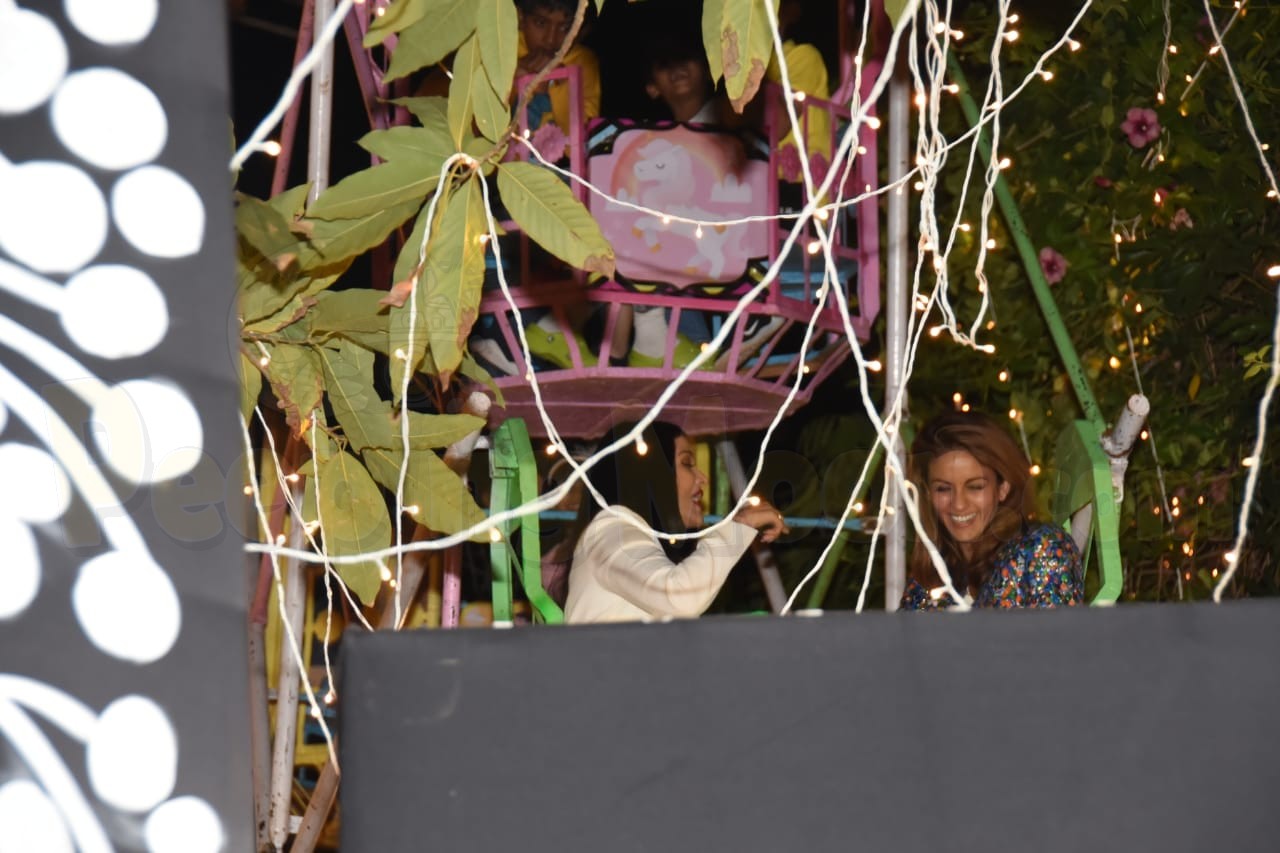 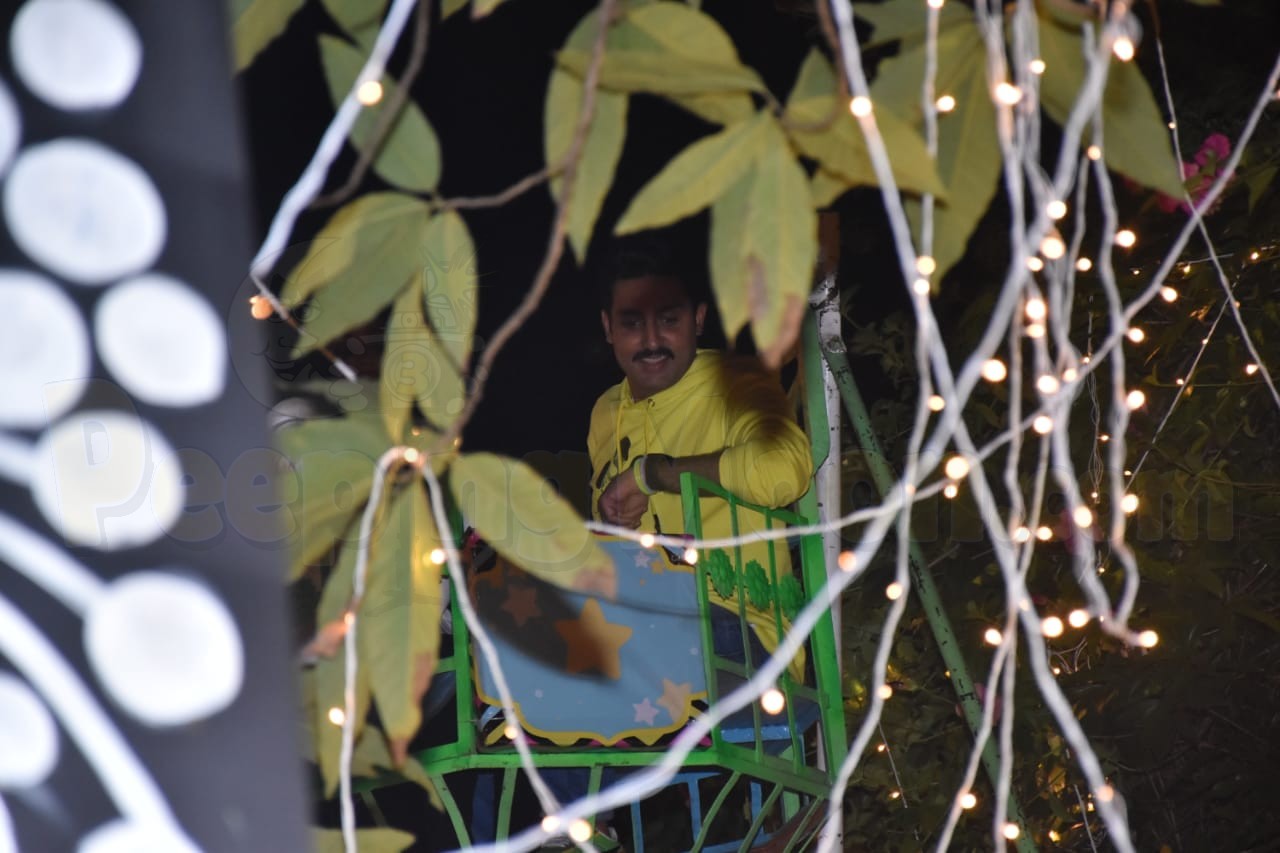 Apart from family members, the party was attended by Shah Rukh Khan with Gauri Khan and AbRam Khan. Karan Johar joined the Bachchans with his twins Yash Johar and Roohi Johar. Riteish Deshmukh and Genelia Deshmukh were also at the bash with their sons Riaan Deshmukh and Rahyl Deshmukh.

Speaking of Aaradhya, she was born to Aishwarya and Abhishek, in 2011, which is nearly four years after the couple tied the knot.