As we said it! Akshay Kumar announces his new film ‘Bell Bottom’; to release on 22 January, 2021

PeepingMoon.com was the first to tell you that Akshay Kumar, who’s riding the high of Housefull 4, is next working on a Vashu Bhagnani Bell Bottom. And the actor proved us right yet again, as he announced his new project on social media today.

Akshay took to his Twitter to share the news about his new film with his fans, booking the first slot of January 2021! Check his tweet below:

After December’s Good Newwz and 2020’s Sooryavanshi, Laxmmi Bomb and Bachchan Pandey, Akshay will be next seen in Vashu's film, which will be mounted on a massive scale and set in the early 80s, will be an intelligence thriller. Contrary to rumours, the film is not the official remake of the Kannada crime comedy Bell Bottom: Adventures of Detective Divakar.

Bell Bottom is produced by Pooja Entertainment in association with Enmmay Entertainment. Bell Bottom, directed by Ranjit M Tewari the story is of one of India’s forgotten heroes and will go on floors mid next year. The story inspired by true events is written by Aseem Arora & Pervez Shaikh and is touted to be a very high-end espionage thriller. Akshay will be portraying a never seen before avatar and the makers are riding high on the content! 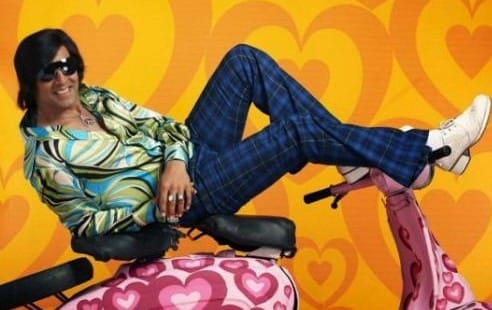 The scripting of Bell Bottom is currently underway and is expected to be completed by this year-end. While Akshay is confirmed as the lead of Bell Bottom, the rest of the cast including the film’s leading lady is not yet in place.