‘Since last night he is unwell, doctors have restricted his movements,’ updates Mamata Banerjee about Amitabh Bachchan’s health as he cancels KIFF inauguration

Bollywood megastar Amitabh Bachchan is indisposed since Thursday night and in a lot of discomfort, which led him to cancel his scheduled presence here to inaugurate the 25th Kolkata International Film Festival, West Bengal Chief Minister Mamata Banerjee said on Friday.

"Amitabhji comes here every time. But he could not turn up. Since last night he is unwell. So doctors have restricted his movements. He is suffering a lot since last night," Banerjee said at the inauguration programme. Bollywood star Shah Rukh opened the festival in Big B's absence. 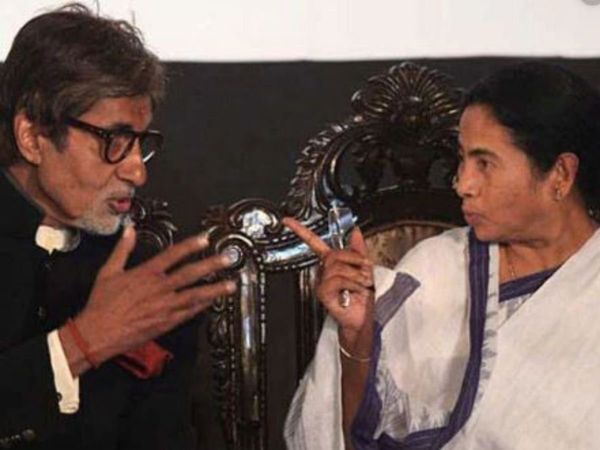 RECOMMENDED READ: Amitabh Bachchan’s, Shah Rukh Khan’s and Gauri Khan’s candid picture from the former’s Diwali bash has us wondering what they were discussing

Banerjee said he got a message from Bachchan early on Friday morning informing her about his indisposition. "He contacted me, Jaya ji (Jaya Bachchan) also. .. We pray for his long life and good health.

"Today though he could not come, I believe Amitji's mind is with this festival. We cannot think of this film festival without him," she said. Last year, Amitabh and Shah Rukh Khan had opened the Kolkata International Film Festival.

Watch: Ram Gopal Varma unveils the trailer of his Telugu film 'Coronavirus' based on the pandemic