Advertisement
HomeBOLLYWOODENTERTAINMENT NEWS'She's got beautiful eyes, would make my job easy,' says Katrina Kaif on trying her makeup skills on THIS Bollywood actress

'She's got beautiful eyes, would make my job easy,' says Katrina Kaif on trying her makeup skills on THIS Bollywood actress

Katrina Kaif, in her nearly 16-year-old career in films, has established herself as a bankable star with a perfect blend of beauty, effortless acting and dancing skills. While she has made millions drool over her acting, her female fans can't stop gushing over her natural flawless beauty and her cosmetics. And giving them a major surprise during the festival season, Katrina launched her own label of cosmetics named Kay By Katrina on October 22, 2019, leaving makeup lovers across the nation super elated. Ever since then, the Bharat actress has been keeping busy with back-to-back interviews and promotional activities for the brand. During one such interview, Katrina was asked about which actress should would treat like her makeup muse. In response to this, the pretty 36-year-old star named her BFF Sonam Kapoor Ahuja.

Talking about this, Katrina said since Sonam has beautiful eyes, it would make her job a little easier. "That's a tough one. Maybe Sonam? Yes, Sonam! She's got beautiful eyes so that would make my job easy!" Katrina told. Well, this is not the first time that Katrina tried Kay cosmetics on a Bollywood star. She, before the launch of the brand, tried it on Ranveer Singh and 'enhanced his beauty' in a hilarious video. 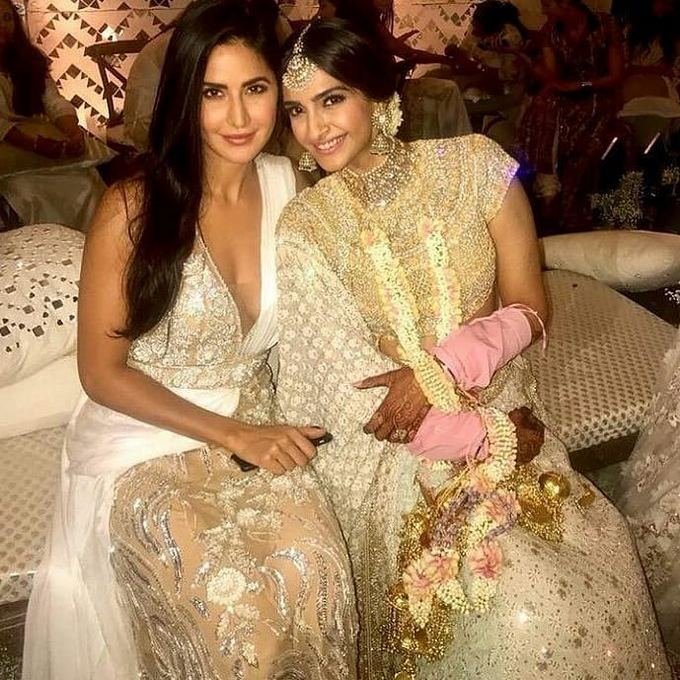 Workwise, Katrina is currently shooting for Rohit Shetty's Sooryavanshi, co-starring Akshay Kumar. She is said to team up with Aanand L. Rai for an action-comedy and Excel Entertainment for an action-adventure after Sooryavanshi.