Nobody is black or white in the story: Bhumi Pednekar claims 'Pati Patni Aur Woh' not a sexist film

Bollywood actress Bhumi Pednekar is one of the leading ladies in the upcoming comedy, "Pati Patni Aur Woh", which revolves around adultery. She says, contrary to perception of some people, the film does not intent to make a sexist statement on the subject of marriage. Rather, it tries to establish gender equality.

"When I read the script, all the doubt that I had simply vanished. This film has lots of fun but, at the same time, it is not frivolous. The story is very empowering to both genders. Nobody is black or white in the story, just as in real life. I think that the maker made sure that this does not turn into a sexist, baseless film," said Bhumi, at the trailer launch of the film, when asked if she was sceptical about the story being reduced to a sexist comment on adultery. 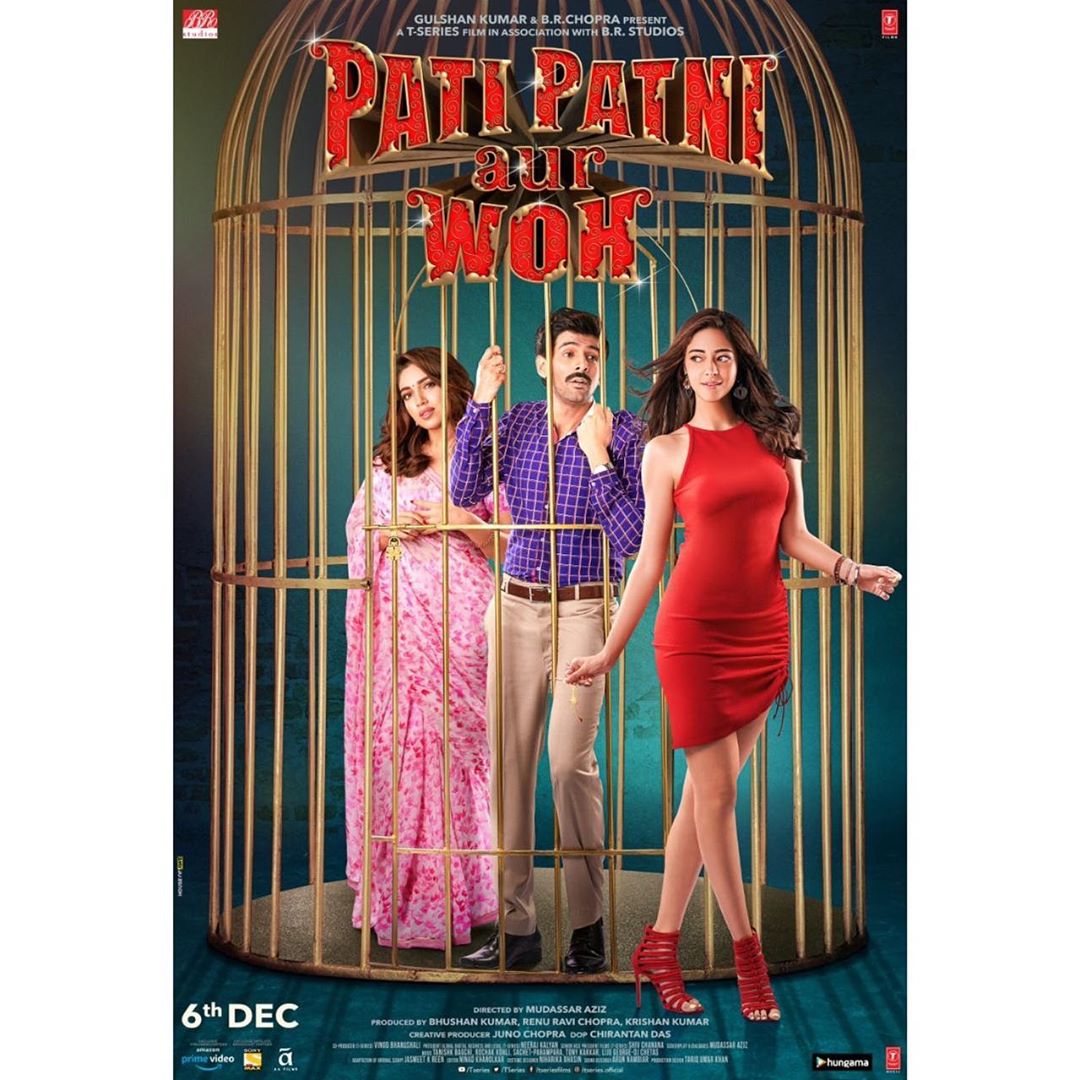 "I do not think, anyone who is part of this film, including us actors, belong to that school. We were extremely conscious of the fact that we do not end up making it into a sexist comment. The moment I read the script I felt it was so beautiful. This is a subject that could have gone wrong easily. But they (the makers) have been sensitive and careful. I have to say it is a big achievement," said the actress, who is happy with the success of her Diwali release "Saand Ki Aankh" and will next be seen in "Bala" this Friday.

Bhumi attened the trailer launch of "Pati Patni Aur Woh" with the other stars of the film, Kartik Aryan and Ananya Pandey. Co-actor Aparshakti Khurrana, director Mudassar Aziz, and producers Juno Chopra and Bhushan Kumar were also present. Mudassir Aziz said, "I have always put women at the forefront in all my films, and this film is no different. Once the film releases, the audience will realise that he (the 'pati' or husband) is the situation and these two women ('patni and 'woh' -- or, the wife and the lover) are driving the situation home."

The film is a remake of the 1978 comedy directed by Juno's grandfather BR Chopra. It featured Sanjeev Kumar, Vidya Sinha and Ranjeeta Kaur. The new version of "Pati Patni Aur Woh" is set to release on December 6.

‘Thank you for your constant grace and generosity,’ says Priyanka