The trailer of the much-anticipated remake of the 1978 film Pati, Patni Aur Woh starring Kartik Aaryan, Bhumi Pednekar and Ananya Panday in the lead has dropped today and it sure looks like a fun ride with Aparshakti Khurana providing comic relief as the hero’s best friend. The film directed by Mudassar Aziz is the remake of the cult classic that produced and directed by BR Chopra that starred Sanjeev Kumar, Vidya Sinha and Ranjeeta Kaur in the lead roles.

However, the film might be similar in essence with the original there are some key differences as well that will definitely appeal to today’s audiences’ sensibilities. Here are a few differences that we spotted after watching the trailer. 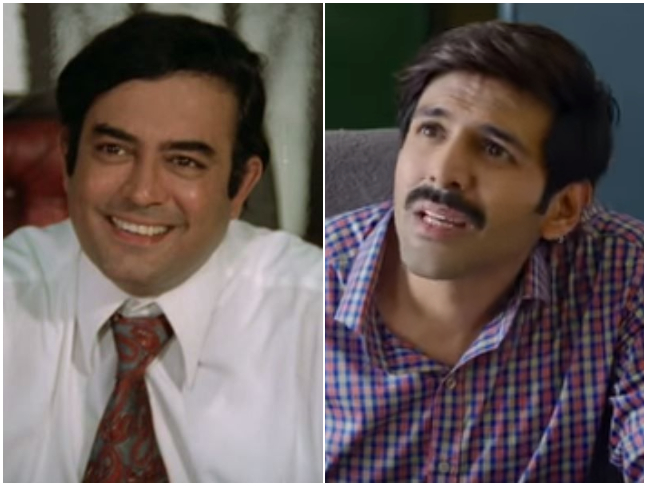 In the original film, the late Sanjeev Kumar starts off as a lowly office worker who eventually rises up the success ladder in his firm. However, here Kartik is an engineer who is pretty well-off right from the start and looks as if he works at a government setting.

RECOMMENDED READ: Kartik Aaryan and Bhumi Pednekar did not watch the original 'Pati Patni Aur Woh' when they were offered the remake, Ananya Panday reveals she loved it In the original film, Sanjeev Kumar and Vidya Sinha had a chance encounter where they bump into each other which riding bicycles; their mishap is followed up by meeting at a common friend’s wedding and soon love blossoms between the two that eventually turn into a marriage. However, in the new version, Kartik’s and Bhumi’s marriage is a culmination of what looks like an arranged-marriage set-up. 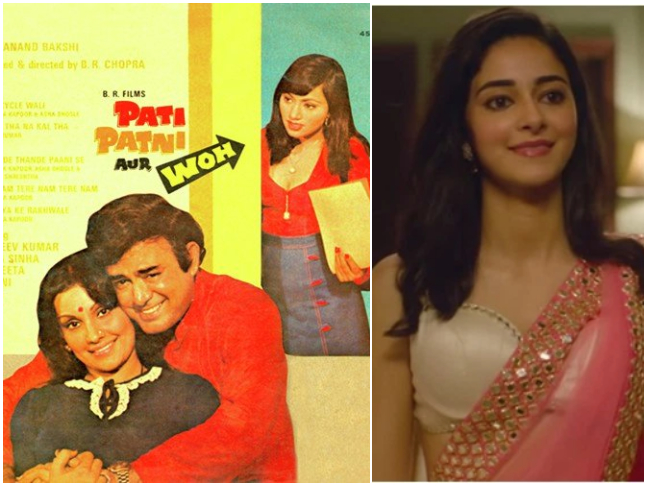 In the original 70s film Ranjeeta Kaur played Sanjeev Kumar’s secretary, an honest girl who was trying to make ends meet. However, in the new version Ananya does not seem to be Kartik’s secretary but instead looks like a client who comes for some official pending work that his department needs to complete. Sanjeev Kumar lies to Ranjeeta in the older film claiming that his wife Vidya is terminally ill and hence he is in a loveless marriage. However, in the newer version Kartik claims to Ananya that his wife Bhumi is having an extra-marital affair.

In the final part of the trailer, we see Kartik posing as a worried and harried husband who goes to a police station to report that his wife has eloped. It seems logical that Bhumi’s character after finding out that her husband is cheating on her decides to take a stand and leaves him making him realize that he loves her. In the original version, Vidya played a coy character that does walk out of Sanjeev Kumar’s life but gives him another chance to mend his ways. Let’s see what Bhumi’s feisty character does in the new version.

Pati Patni Aur Woh is produced by Bhushan Kumar, Renu Ravi Chopra and Krishan Kumar. The film is slated to release on December 6.

Watch the trailer of the film here: