Advertisement
HomeBOLLYWOODENTERTAINMENT NEWSNo 'Woh' in my real-life but it's Ananya Panday in the film: Kartik Aaryan dodges question on his love life at the trailer launch of 'Pati Patni Aur Woh'

No 'Woh' in my real-life but it's Ananya Panday in the film: Kartik Aaryan dodges question on his love life at the trailer launch of 'Pati Patni Aur Woh'

The makers of Mudassar Aziz's Pati Patni Aur Woh launched the trailer of their film this afternoon and it looks promising. Starring Kartik Aaryan as Pati, Bhumi Pednekar and Patni and Ananya Panday as Woh, the film is all set to tickle our funny bones. Pati Patni Aur Woh is an official remake of the 1978 film of the same name which starred Sanjeev Kumar, Vidya Sinha and Ranjeeta. Today, at the trailer launch event, the trio spoke about their film and what the audience can expect from it.

At the event, Kartik was asked who the 'woh' is in his real life. When asked this question Kartik cross-questioned the reporter and asked, "Pehele patni kaun hai sir?". To which the reporter replied saying, "patni toh aapke case mai baad mai ayegi". Bhushan Kumar, who is producing the film, interrupted and said, "Bahot saari hai" to which Kartik replied saying, "mic lelo inka". Kartik finally replied to the question saying, "Mere real-life mai koi woh nahi hai but in the film Ananya is the woh and Bhumi is the patni".

Talking about Kartik, Ananya and Bhumi, the trio looked perfect together at the launch event. 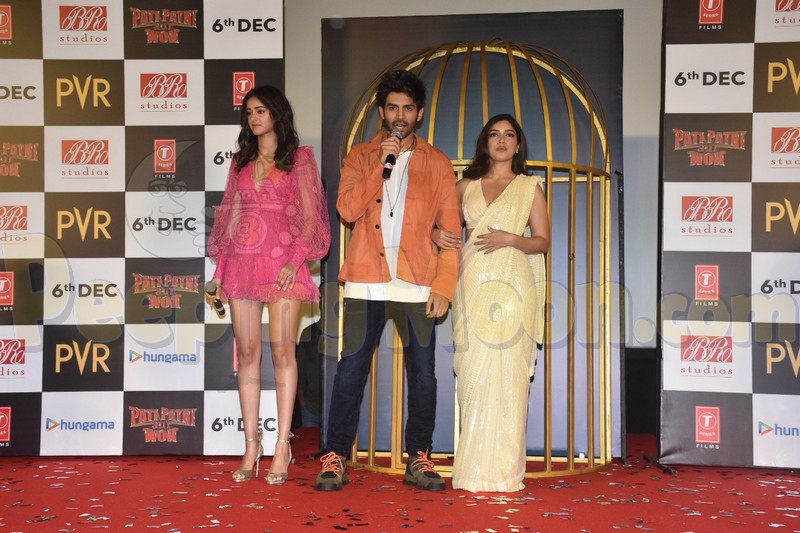 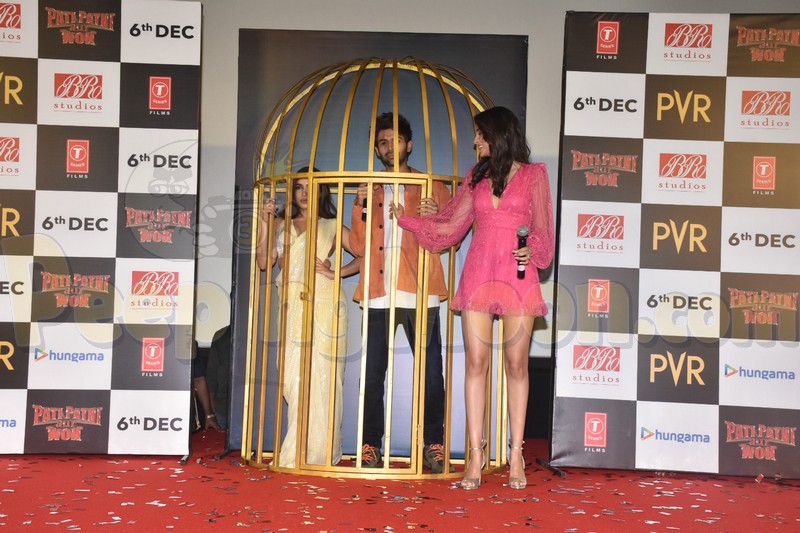 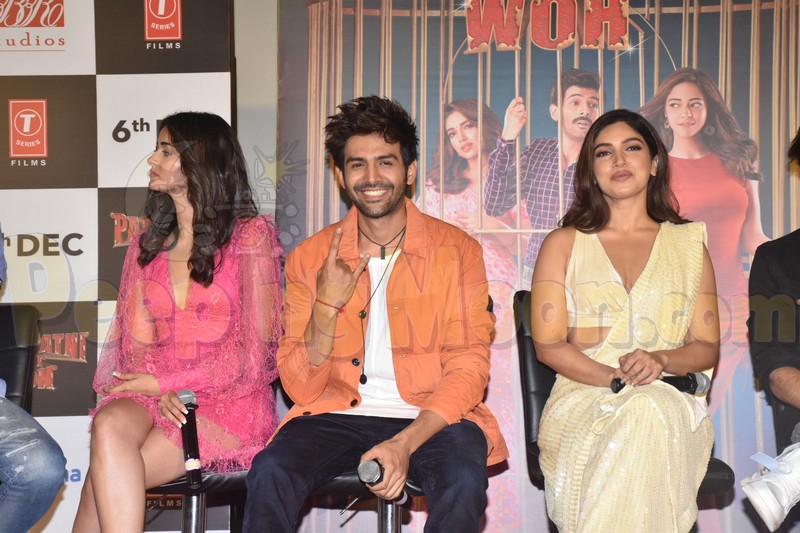 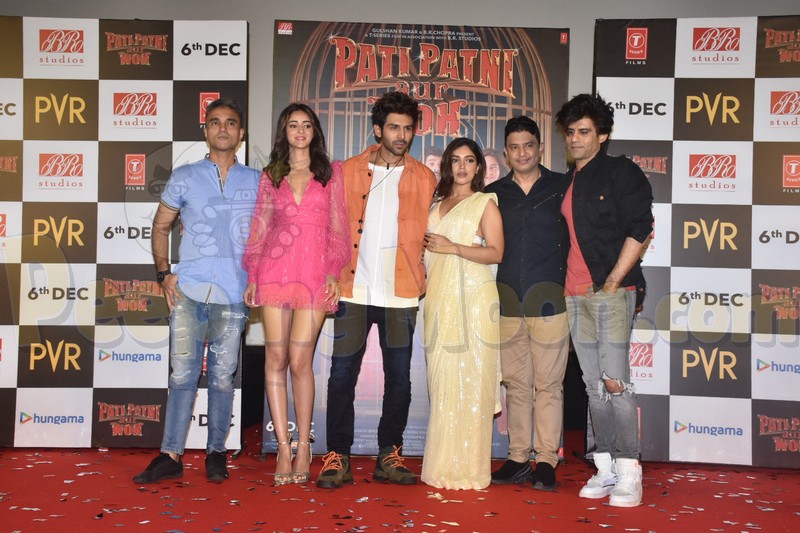 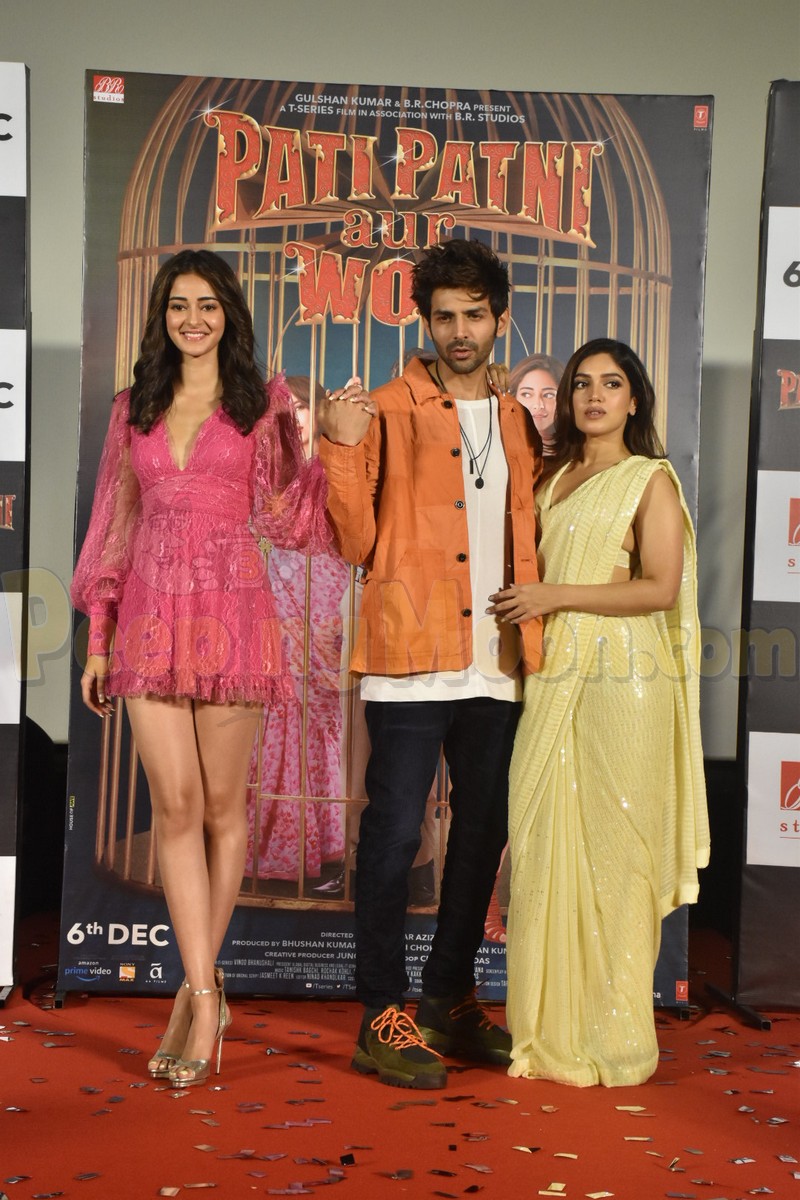 Pati, Patni Aur Woh is a remake of the 1978's classic by the same name. The film stars Bhumi as Kartik's wife while Ananya is said to play his office assistant. The film was primarily shot in Lucknow. It is directed by Mudassar Aziz and produced by Juno Chopra, T-Series and B.R Films. Pati, Patni Aur Woh is scheduled to release on December 6, 2019.