Kangana Ranaut's upcoming film Thalaivi, ever since its announcement, has garnered the right amount of attention and made quite a stir across the cinema industry. The film, which is yet in its preparatory stage, has reportedly landed into troubled waters. According to reports of a leading daily, the niece of late J Jayalalithaa, on whom the film is based on, has approached the Madras High Court to put a stay on the film. Deepa Jayakumar, better known as J. Deepa, filed a petition regarding the same, as she felt the facts shown in the film may not be authentic and shall put the late Tamil Nadu CM in a bad light. Not only Thalaivi the film, but she has also raised objection on a web series made on the life of the actress turned politician J Jayalalithaa, who was fondly addressed by the Tamil Nadu citizens by the name of Thalaivi.

As per the report in the leading daily, Deepa, in the affidavit, stated that her consent wasn't sought by the directors  AL Vijay of Thalaivi film and Gautham Menon of the web series. In the statement, Deepa mentioned that she fears a case of fact manipulation, which could portray her late aunt in a bad light. The report further added that Deepa, a politician herself, wants the makers to give her some sort of guarantee with respect to the celluloid representation. Considering these factors, Deepa preferred the court to intervene so that dialogues and other creative instances don't create a hindrance. 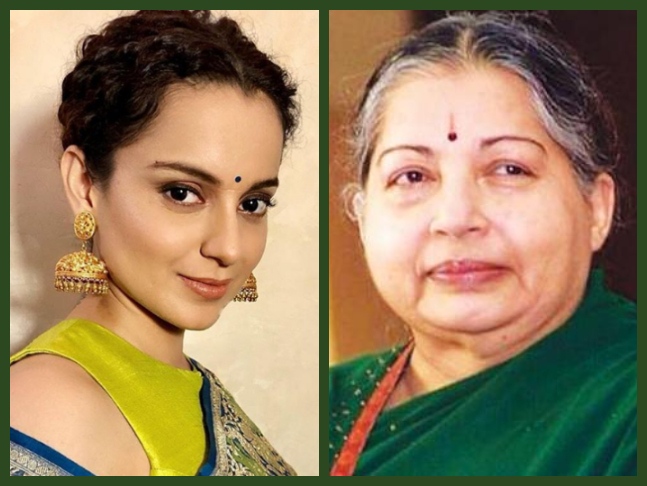 The team of Thalaivi is currently preparing for the film in Los Angeles. Kangana, who will essay the titular role, has gone through numerous look tests to get the cosmetic and physical transformation right. Not just this, the actress has been taking extensive Bharatnatyam training in the past few months.

Made on a budget of around Rs. 100 crore, Thalaivi will be released in three different languages namely Hindi, Tamil and Telugu. The multi-lingual film is directed by AL Vijay while the script is written by Vijayendra Prasad. The cinematography of the film will be Nirav Shah's responsibility. Apart from Kangana, Thalaivi stars Arvind Swami, who will play the role of the actress' onscreen mentor MGR.