Advertisement
HomeBOLLYWOODENTERTAINMENT NEWSPalat! Janhvi Kapoor is a mirror reflection of her late mother Sridevi in this 'Chandni' inspired white saree

Palat! Janhvi Kapoor is a mirror reflection of her late mother Sridevi in this 'Chandni' inspired white saree

Sending the nation into a zone of shock, Sridevi left for her heavenly abode in 2018. The actress, who is survived by two daughters- actress Janhvi Kapoor and Khushi Kapoor along with her producer husband Boney Kapoor, left behind an impact that can't be erased till eternity. The millions of fans of the late star aren't able to process the news of her not being amongst us anymore, her family is still coming to terms with the tragedy and is making sure to keep her memories alive, especially Janhvi. Be it visiting Tirupati temple or her attraction towards gorgeous drapes, the Dhadak actress leaves no stone unturned to keep memories of her late mother fresh.

Similarly, Janhvi gave us yet another Sridevi moment as she attended the Diwali party held at her paternal uncle Anil Kapoor's residence on Sunday night. The actress, who will be next seen in Gunjan Saxena: The Kargil Girl, drew inspiration from her late mother's Chandni style files and went for a classic white fluid fabric saree custom-made by renowned fashion designer Manish Malhotra, with whom Sridevi and the Kapoors share a family-like relationship. With sultry eyes and a red pout, Janhvi was an absolute mirror reflection of late Sridevi. 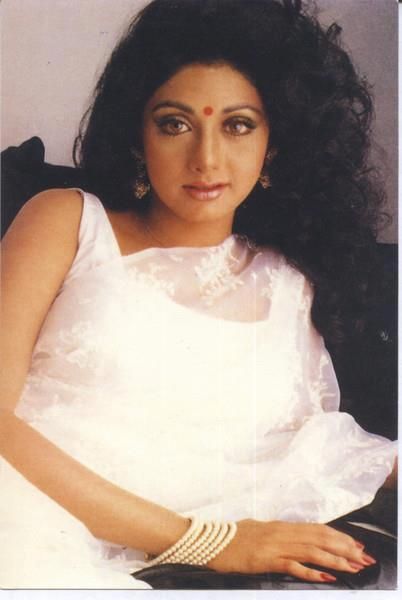 Recommended Read: Janhvi Kapoor becomes the owner of a new Mercedes Maybach and it has a special Sridevi connect!

Sridevi passed away in February 2018 in Dubai, a few days after attending her nephew Mohit Marwah's wedding. As per medical reports, the actress died after accidentally drowning in a bathtub of a hotel. Speaking of Janhvi, she made her debut with Dhadak in 2018, after a few months into her mother's demise. In 2020, she will be seen in films namely- Gunjan Saxena: The Kargil Girl, RoohiAfza, Dostana 2 and Takht.