Advertisement
HomeBOLLYWOODENTERTAINMENT NEWSIf I tell my story, I might be too harsh on myself: Kangana Ranaut wants elder sister Rangoli Chandeli to be the narrator of her biopic

If I tell my story, I might be too harsh on myself: Kangana Ranaut wants elder sister Rangoli Chandeli to be the narrator of her biopic

Kangana Ranaut has once again fueled rumours about her biopic which is supposedly very much in the pipeline but was postponed for other projects. However, she said in an interview that her elder sister Rangoli Chandel will be best suited to be the narrator of the biopic as she is a witness to all of the actor’s transformations and struggles.

In an interview given to a leading daily, Kangana said, “Rangoli has some interesting observations about my transformation [into one of the top actors of Bollywood]. If I tell my story, I might be too harsh on myself and may not glorify my achievements, and that is unfair to the struggles (I’ve endured). So, it will be better if Rangoli says it truthfully and objectively. I won’t be able to do justice to it. She has a great story to tell herself as an acid attack survivor. The way we found strength in each other and grew up together makes for a beautiful story.” 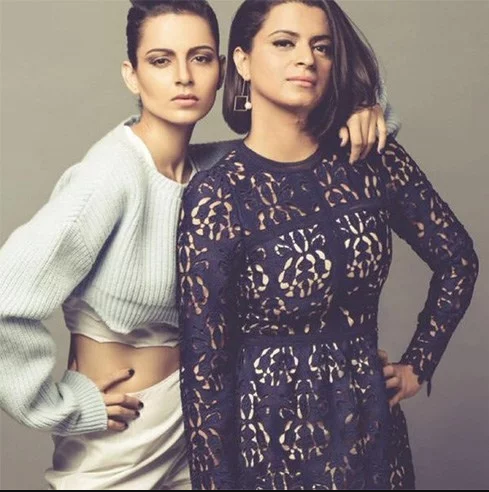 She also told the tabloid, “If a book were to be written on my life, I feel Rangoli should be the narrator. She is the best person to narrate my story as she has seen me from my childhood to what I am today. She can (tell the story) from the point of view of an elder sister.”

Previously Kangana had said that she will be directing a film on her own struggles. She had said, “I was nervous and wary initially, but then, given his stature and the fact that I trust him implicitly, I gave Vijayendra sir the go-ahead on the project,” She had also said, “How can I show my journey without people, I can’t be walking alone. But we will not be taking any names. The idea is to protect me and my life with all its highs and lows. In the end, it is the story of an achiever, a girl from the mountains who came into Bollywood without any connections in the industry or even a godfather, and went on to carve a niche for herself against all odds.”
Well, let’s wait and watch and see how the narrative pans out for Kangana.