The trailer of the most awaited action bonanza of the year, Dabangg 3, is all set to release today, and the audience is excited to witness the return of their beloved Chulbul ‘Robinhood’ Pandey a.k.a Salman Khan. However, for Chulbul, it’s fans before anyone else!

Since Chulbul has an unprecedented fan following, as a special token of appreciation, special screenings of Dabangg 3 trailer have been arranged in various cities across the country. Fans in Chennai, Bangalore, Hyderabad, Delhi, Jaipur, Kolkata, Ahmedabad, Indore and Lucknow will get to watch the trailer of the film before its official release. 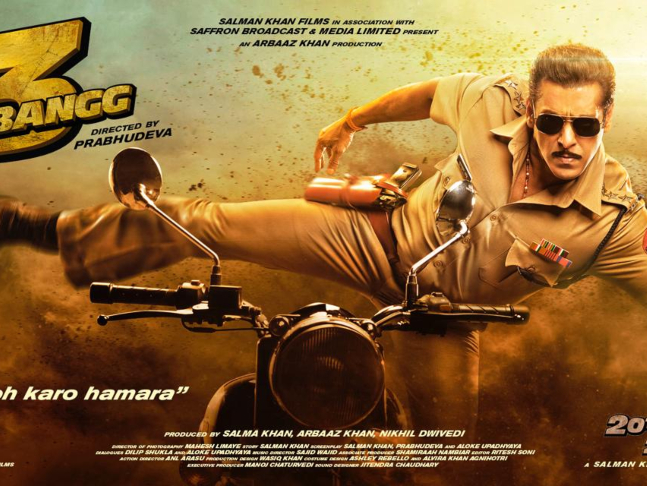 Not just that, fans in Mumbai will not only watch the trailer before release but will also get to meet Chulbul Pandey in person. Now that’s what you call a Dabangg token of thanks!

The looks of Chulbul, Balli, Rajjo and Khushi have already created a lot of excitement, and the countdown for the trailer is on. The third instalment of Dabangg franchise has been directed by Prabhudeva and produced by Salma Khan, Arbaaz Khan and Nikhil Dwivedi under the banner of Salman Khan Films and is slated to release on 20th December, this year.

Is Sidharth Malhotra reuniting with Shraddha Kapoor for Malang 2? Allo

As he completes 39 years in the industry, Anupam Kher launches his own

He has been dedicating a few hours daily to develop the first draft: Salman Khan reportedly writing a love story amid lockdown; plans to produce it