After much wait and anticipation, Salman Khan, on Friday ended the suspense over his Eid 2020 release after his much-awaited film with Sanjay Leela Bhansali titled Inshallah, co-starring Alia Bhatt got scrapped. Titled Radhe: Your Most Wanted Bhai, the actor sent his fans into a zone of excitement by sharing its first motion poster on social media platforms. With the film now being announced, the speculation surrounding the lead actress has been keeping everyone on toes. Reports, a while ago, suggested that Disha Patani will be reuniting with Salman after her brief stint in Bharat. And now, in the latest development regarding the actress' participation in Radhe, a leading daily reported that Disha will be performing on a special number in the film and for the same, she has begun with the sessions.

Well, it doesn't just end here. It seems the pretty and svelte actress is receiving training for the special number from Tiger Shroff, who is rumoured to be her beau in real life. The report suggested that Tiger, who is known for his perfect dance moves, will be guiding Disha for the song, which will also feature Salman. For the song, the Baaghi 2 actress is said to be keen on complimenting the Dabangg star and impressing Prabhudheva, the director and a master of complex dance moves. For the same, she has been putting in an equal amount of hard work.

Recommended Read: With a Video and BANG! Salman Khan announces his next Eid 2020 release ‘Radhe - Your Most Wanted Bhai'

Although an official confirmation regarding the lead actress is yet to come, but Disha, on Friday, when Radhe: Your Most Wanted Bhai was announced, shared a throwback picture from Bharat, where she played the role of a trapeze artist and Salman's love interest- Radha. Is this some sort of a hint from the actress? Well, let's allow the makers to answer. 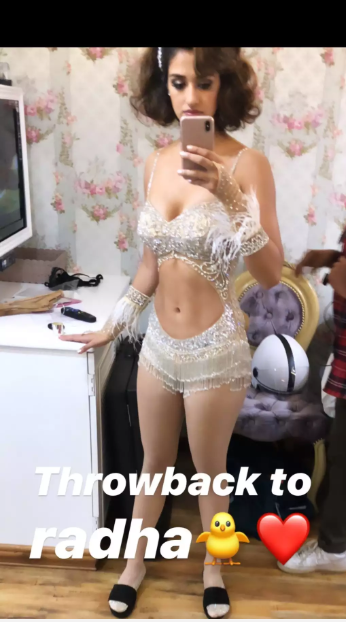 Radhe: Your Most Wanted Bhai will open at theatres on Eid 2020. It will be directed by Prabhudheva, marking the duo's third collaboration after Wanted and Dabangg 3, which will release on December 20, 2019. The action-drama will be produced by Salman's brother Sohail Khan and brother-in-law Atul Agnihotri's production house Reel Life Entertainment.