'Taimur thinks you are Viral Bhayani,' says Karan Johar as Kareena Kapoor Khan reveals son Taimur does not let her click him

Kareena Kapoor Khan's and Saif Ali Khan's little munchkin Taimur Ali Khan is an Internet star. Whenever the star kid steps out of his house, he is clicked by the paparazzi. Recently, at the Mami Film Festival 2019, Kareena was asked about Tim being clicked each time he heads out.

Bebo opened up about the fact that Taimur doesn't like it when his parents also click his photos. When host Karan Johar asked Taimur missing paps when not around, Kareena stated, "He thinks paps are his friends. But when I want to take his photo, he says 'Amma, no pictures'" To which KJo replied, "Taimur thinks you are Viral Bhayani". 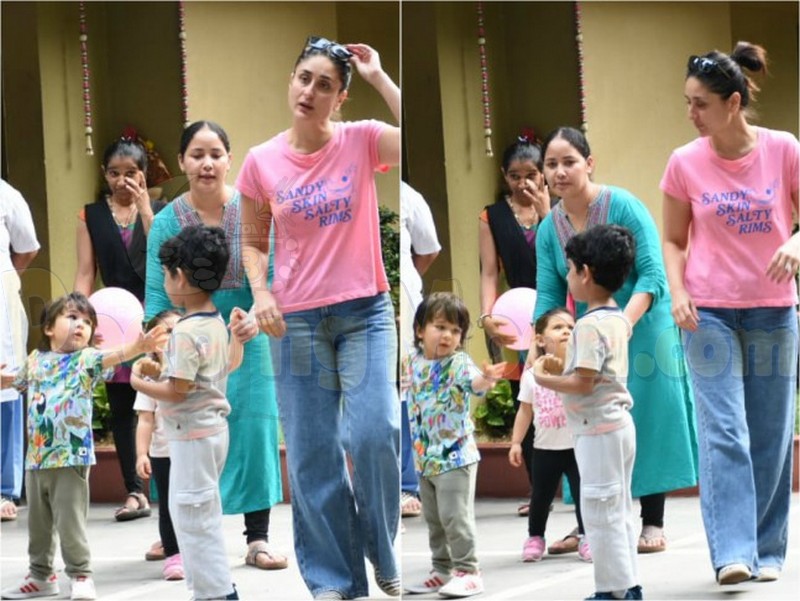 Earlier during an interview with Anupama Chopra, Saif had also shared that Taimur has started saying no to the paparazzi. He said, "Taimur is very happy, he is the least interested... No pictures please, he started saying it as well. He doesn’t like being photographed." Saif went on to share, "They’d hang around and they’d smoke so it starts looking a little unsavoury. The cops came, and we had a chat about it, and they said ‘fine’."