Advertisement
HomeBOLLYWOODENTERTAINMENT NEWSRanbir Kapoor is very spontaneous and Ranveer Singh really gets into the process: Deepika Padukone on her frequent co-stars' acting techniques

Ranbir Kapoor is very spontaneous and Ranveer Singh really gets into the process: Deepika Padukone on her frequent co-stars' acting techniques

The opening session of the Jio MAMI Movie Mela with Star, 2019 began with an engaging conversation between actress Deepika Padukone, the newly appointed Chairperson of MAMI, film critic Rajeev Masand and Anupama Chopra, Festival Director, MAMI. The focus of the chat was five of Deepika’s standout roles that the two leading critics loved and are career milestones in her twelve-year illustrious career.

Deepika opened up on her memorable roles, Ranbir Kapoor and Ranveer Singh and the secret of her and Ranveer’s lasting relationship and a whole lot more in a candid conversation with Rajeev Masand and Anupama Chopra. When asked about how two of her co-stars – Ranbir Kapoor and Ranveer Singh – differ in their methods of working, Deepika was quick to respond. “Ranbir doesn’t really have a process; he is very spontaneous. I have never really seen him ‘prepare’ for his role as such. He’s like me in that respect. Our approach is 50% rehearsed and 50% spontaneous. Ranveer, on the other hand, really gets into the process. He changes everything for the role – right from the car he drives, to the clothes and the perfume he wears. He’s a different person every six months, which is probably one of the reasons why our relationship has lasted so long; I never get bored.” she joked, leaving the audience in splits. 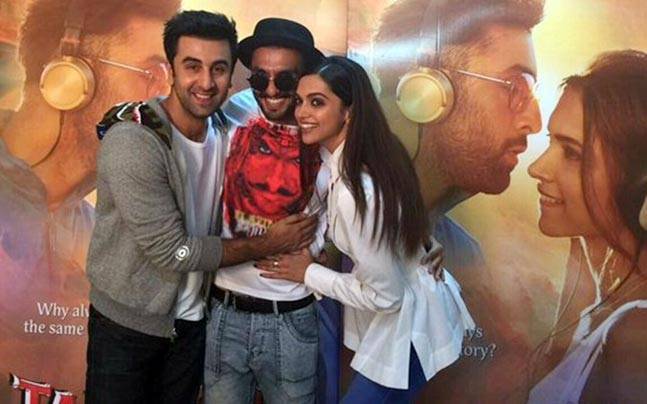 Recommended Read: Veronica helped me shed her inhibitions both as a woman and as an actor: Deepika Padukone talks about her 'complicated character' in 'Cocktail'

Deepika will be next seen in Meghna Gulzar's Chhapaak and Kabir Khan's '83.

I am not my child’s friend and don’t think I need to be: Sonali Be