Kareena Kapoor Khan attended the Jio MAMI Movie Mela with Star at the MAMI Film Festival 2019 along with filmmaker Karan Johar and actress Alia Bhatt. At the event, Bebo was asked about how she would feel if Alia, who is dating her cousin Ranbir Kapoor for almost two years now, became her sister-in-law.

When Karan asked Alia if she ever imagined there would be a day she might be Kareena's sister-in-law, Kareena instead replied, "I'll be the happiest girl in the world!" To which, Alia responded, "Honestly I never thought about it but I don't want to think about it now also. We will cross that bridge when we come to it." Karan said whenever and if ever it has to happen, both Kareena and him "will be exceptionally happy and we will be standing there with a thali!" 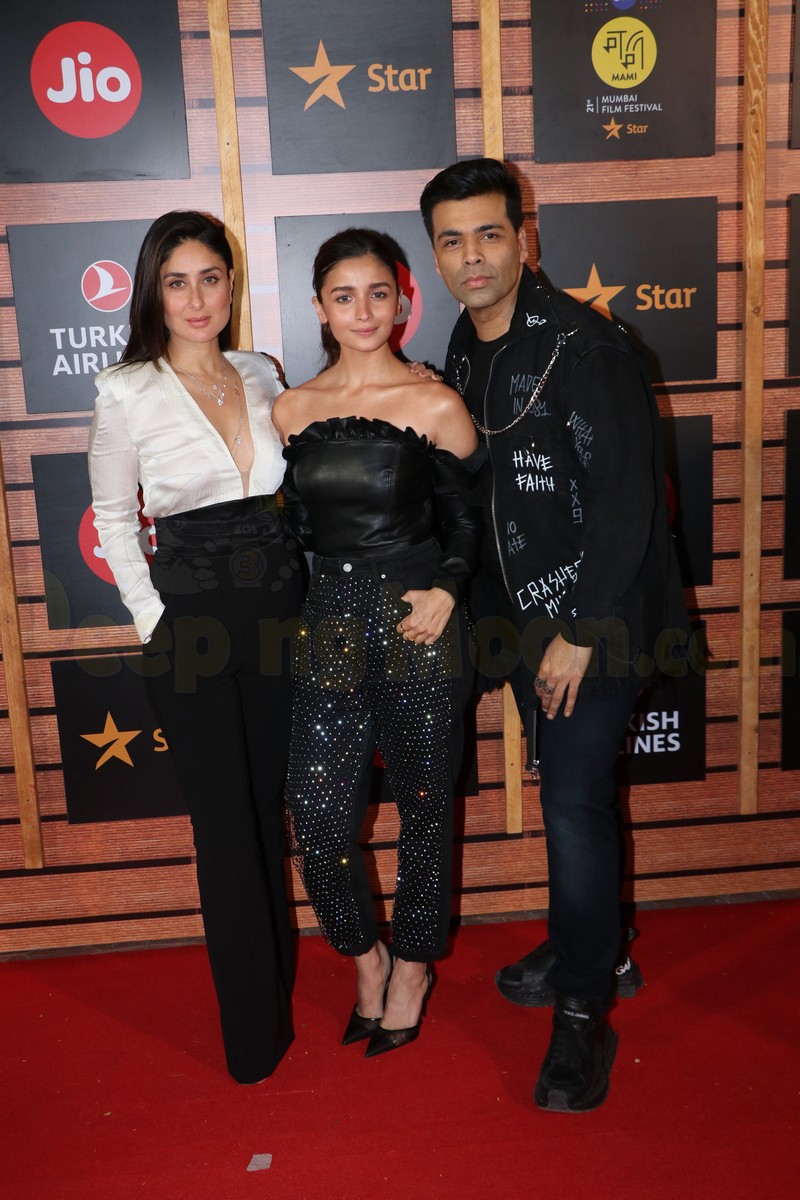 "I do hope, eventually, whenever you do kind of get into that zone, you will actually handle and treat your career like Kareena has," he added. To which, Alia said the way Kareena handled her career after marriage was a big learning. "She has genuinely been an inspiration to me. Earlier there was this thing that if an actress gets married, her career slows down a bit but she totally broke that for all of us," she added.

Alia and Kareena will soon share the screen space in Karan's Takht.