Advertisement
HomeBOLLYWOODENTERTAINMENT NEWSJanhvi Kapoor steps into the shoes of a chef for her 'Dhadak' co-star Ishaan Khatter, Shahid Kapoor and his wife Mira Rajput

Janhvi Kapoor steps into the shoes of a chef for her 'Dhadak' co-star Ishaan Khatter, Shahid Kapoor and his wife Mira Rajput

Janhvi Kapoor and Ishaan Khatter, since their debut vehicle Dhadak, have been making headlines for gossips beyond professional commitments. The young actors, apart from their onscreen chemistry, are stealing attention for their closeness in real life. Janhvi, the eldest daughter of late Sridevi and Boney Kapoor, has been spotted with Ishaan frequently over lunch and dinner outings. Not just this, Janhvi also shares a great bond with Ishaan's half-brother Shahid Kapoor and his wife Mira Rajput, so much so, she was apparently present with the family at the couple's youngest son Zain Kapoor's private house party on the occasion of his first birthday in September. And now, adding fuel to Ishaan's relationship rumours with her, the RoohiAfza star, cooked a sumptuous Sunday meal for Shahid, Ishaan and Mira.

Mira, on her Instagram, on Sunday shared pictures of the meal cooked by Janhvi that is red rice veg biryani. Well, with these pictures, it has been proven that Janhvi ain't just a talented actress, but also a great cook! 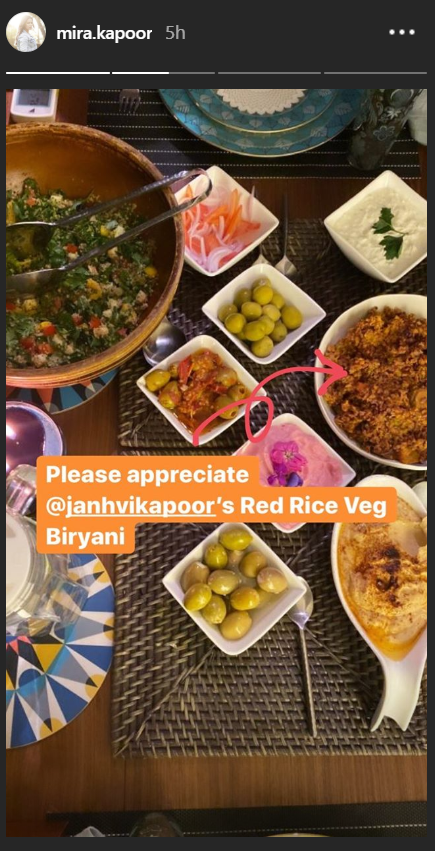 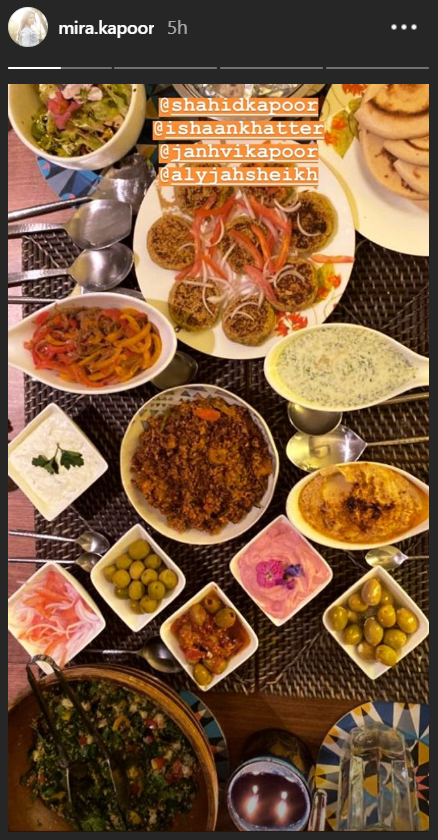 During an interview earlier this year, Janhvi spoke about her bonding with Ishaan and said, "I am in awe of him and the way he approaches his scenes. Plus, he has great energy as an actor, and it is probably because he is new too. But what helped me a lot was the fact that he is a more experienced actor than me." Ishaan, on his Koffee With Karan 6 debut, opened up about Janhvi and told, "We go to the gym together, listen to music, whole lot of south Indian music which is not my choice but I have grown to like it, watch movies and eat food."

Janhvi, post Dhadak, has been busy with The Kargil Girl. Apart from that, she will be seen in films like Dostana 2, Takht and RoohiAfza. Ishaan is currently shooting for Khaali Peeli with Ananya Panday.