Advertisement
HomeBOLLYWOODENTERTAINMENT NEWSAjay Devgn-Keerthy Suresh wrap up the Mumbai shoot of film ‘Maidaan’, will begin next schedule in Kolkata

Ajay Devgn-Keerthy Suresh wrap up the Mumbai shoot of film ‘Maidaan’, will begin next schedule in Kolkata

Actors Ajay Devgn and Keerthy Suresh have wrapped up the second schedule of upcoming film Maidaan in Mumbai. Ajay and Keerthy, who are working together for the first time, wrapped the Mumbai schedule earlier this week. The next schedule of the film will begin on November 3 in Kolkata.

Amit Sharma's Maidaan is based on the "golden years of Indian Football". Ajay essays the role of the legendary coach Syed Abdul Rahim, who is said to be the founding father of Indian football. He was an Indian football coach and manager of the Indian national team from 1950 until his death in 1963. He is also regarded as the architect of modern Indian football. 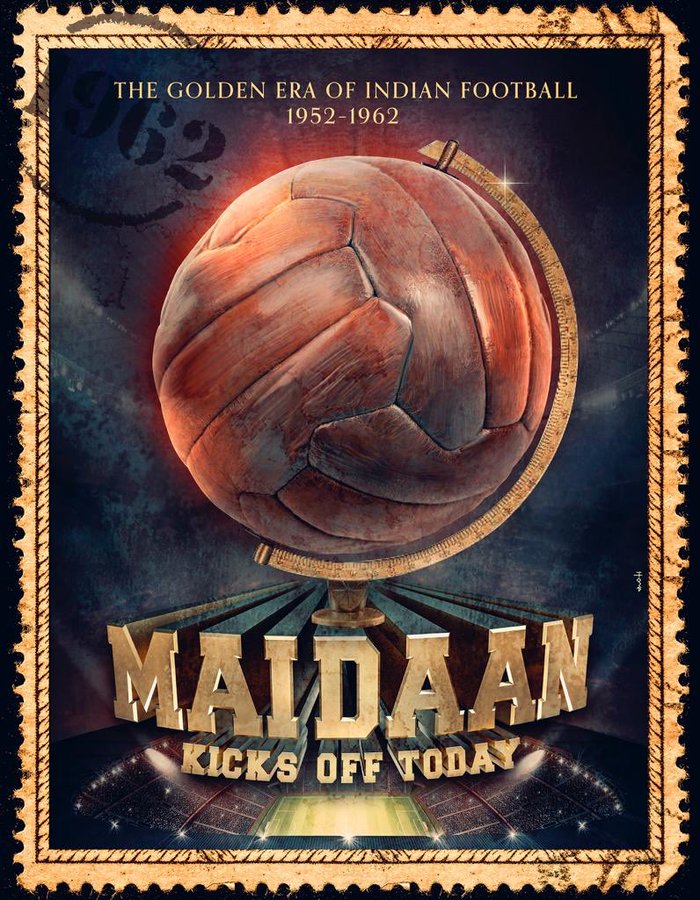 The makers shot for an important football sequence of the film for which a massive set was built in Mukesh Mills, Mumbai. The makers even got the VFX team and the sports choreographer from Los Angeles to get the most out of the football sequence.