Advertisement
HomeBOLLYWOODENTERTAINMENT NEWS‘I was like a boy in a toyshop,’ says Suniel Shetty of exclusive MCG Tour

‘I was like a boy in a toyshop,’ says Suniel Shetty of exclusive MCG Tour

Suniel Shetty and cricket are synonymous. The actor who was recently seen in the Hindi-Telugu action drama Pehlwaan, and was popularly known as Bollywood’s muscle man in the 1990s, began building his body and got into fitness training only because he loved cricket and aspired to play for the country.

Talking to PeepingMoon.com, Shetty had said, “I thought I was good. And I liked to hit hard shots. But apparently, I wasn’t good enough. I was a big fan of Vivian Richards and when I met him, I said, ‘Sir, you are so big and tough, but are you flexible?’ And Richards told me, ‘Son, don’t you see me hit the ball as hard as it can be hit? You train with weights to gain power in your wrists.’ I realised he was right. Sometimes you can be God-gifted like Rohit Sharma and have great timing in your batting. Or you can be a power hitter like Chris Gayle in which case it’s not about timing but sheer, brutal power. I started training and I developed my body. But I never got to play cricket.” 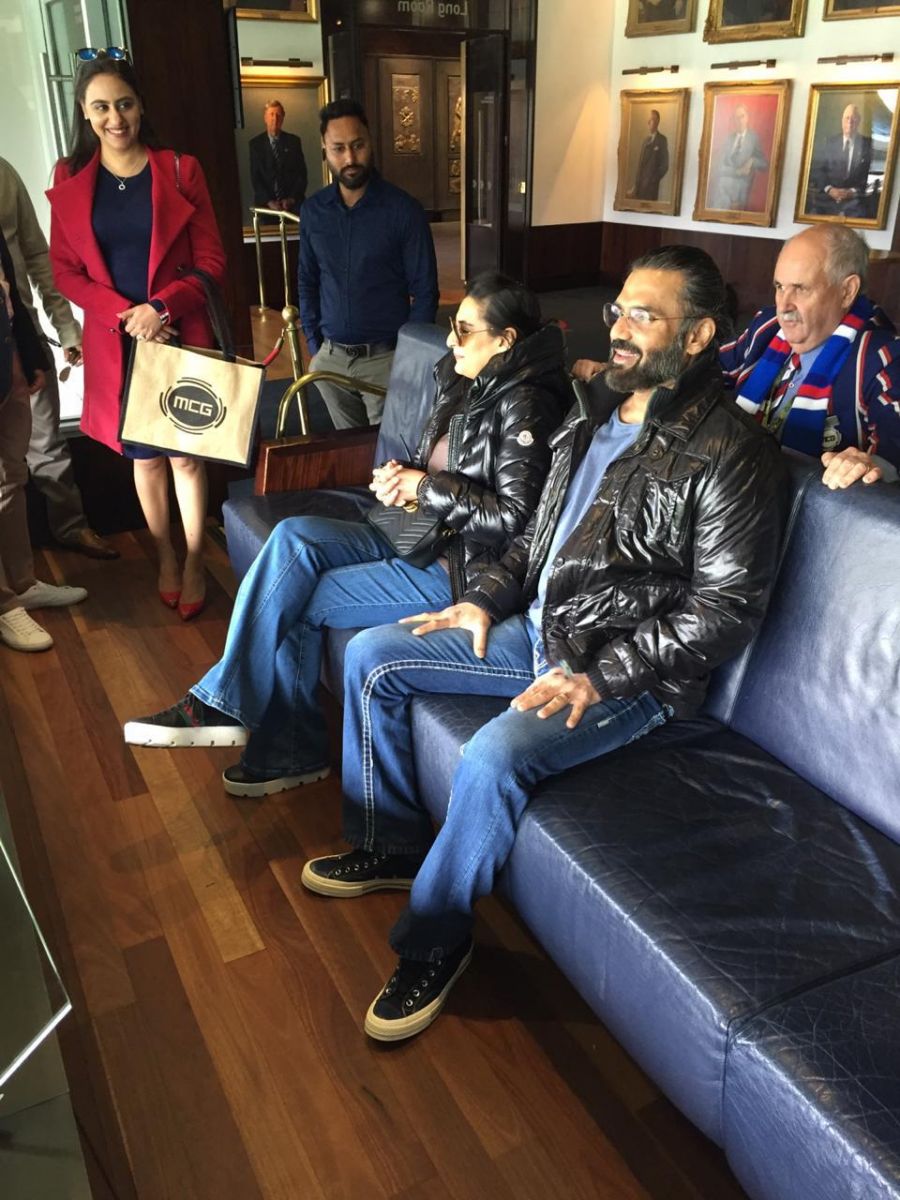 No matter that he never played for India, Shetty bats for the Mumbai Heroes cricket franchise of the eight-member Celebrity Cricket League featuring more than 150 actors that raises money for children’s charities. He is instantly recognized and hugely admired around the world not just for his action films, but also for his love and support to cricket over the years. Two weeks ago when the actor and his lovely entrepreneur wife Mana visited Australia, Shetty was honoured by the Melbourne Cricket Ground (MGC) which invited him to make an exclusive tour of the historic venue and iconic cricket stadium. 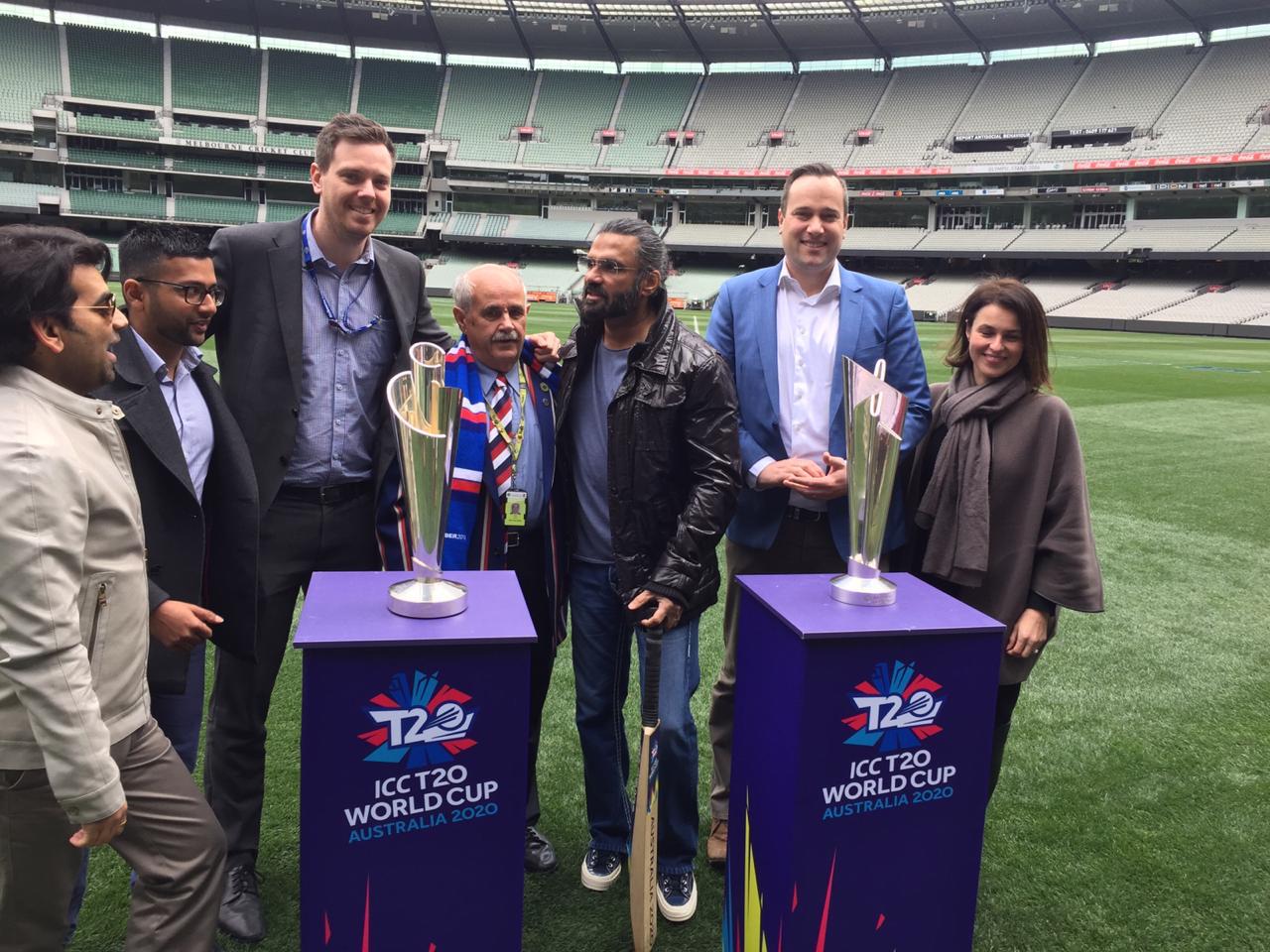 The MCG is where the final of the 2020 ICC T20 World Cup will be played on November 15, 2020. It was also the stadium where the final of the Australian Football League was being held on September 28, just before Shetty’s visit. The MCG later said on Twitter, “Bollywood star and cricket fan @SunielVShetty stopped by for an MCG tour. It might be AFL Grand Final Week here but he only had eyes for cricket ahead of the #T20WorldCup.”

Shetty himself said his visit to the prestigious cricket ground was an amazing and surreal experience that left him with goosebumps. “I was like a kid in a toyshop. It’s absolutely breathtaking. From any angle you can see the entire ground. Even the lobby. You don’t have to sit in the seats. And you don’t miss anything,” he said of the MCG which was shown to him by tour guide Roger Canty and included rare memorabilia of the cricket legends of Australia and India, Sir Donald Bradman and Sachin Tendulkar. 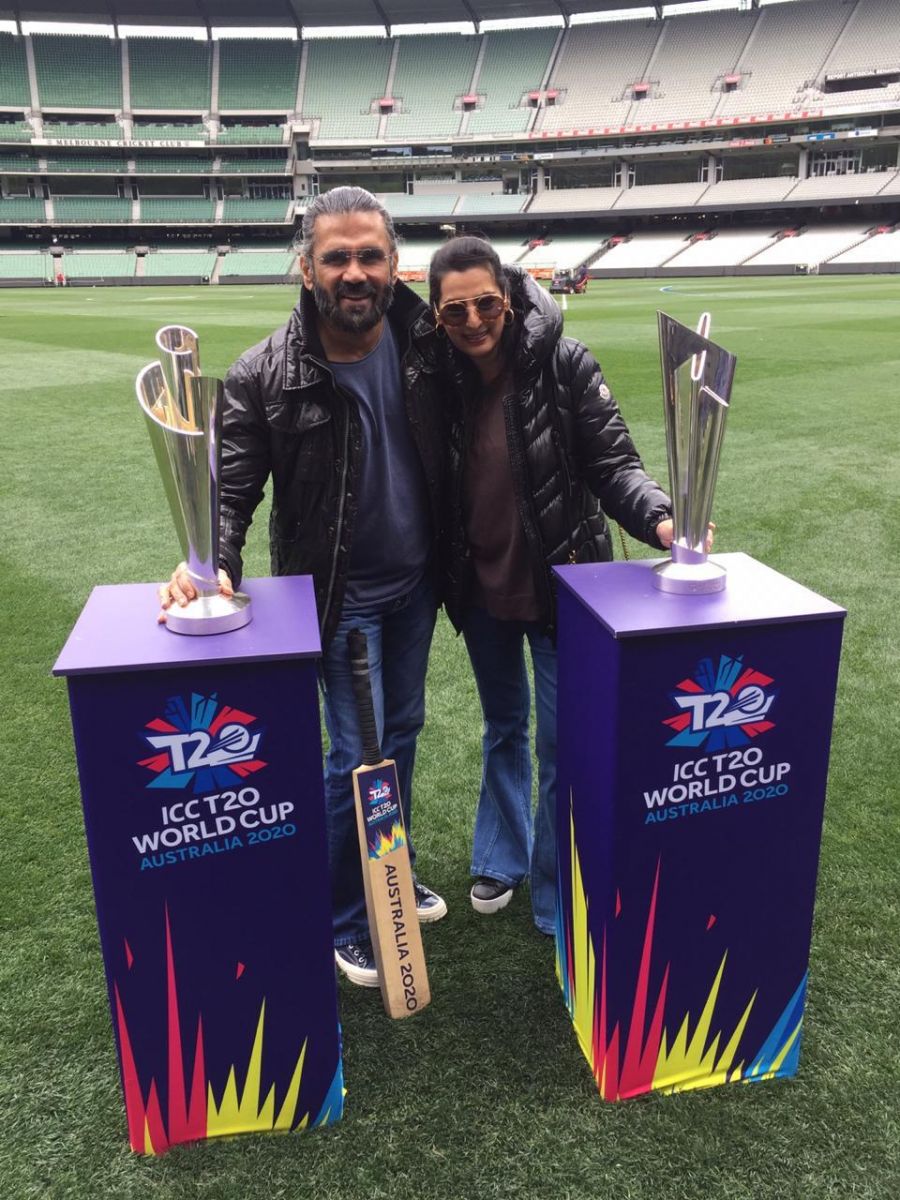 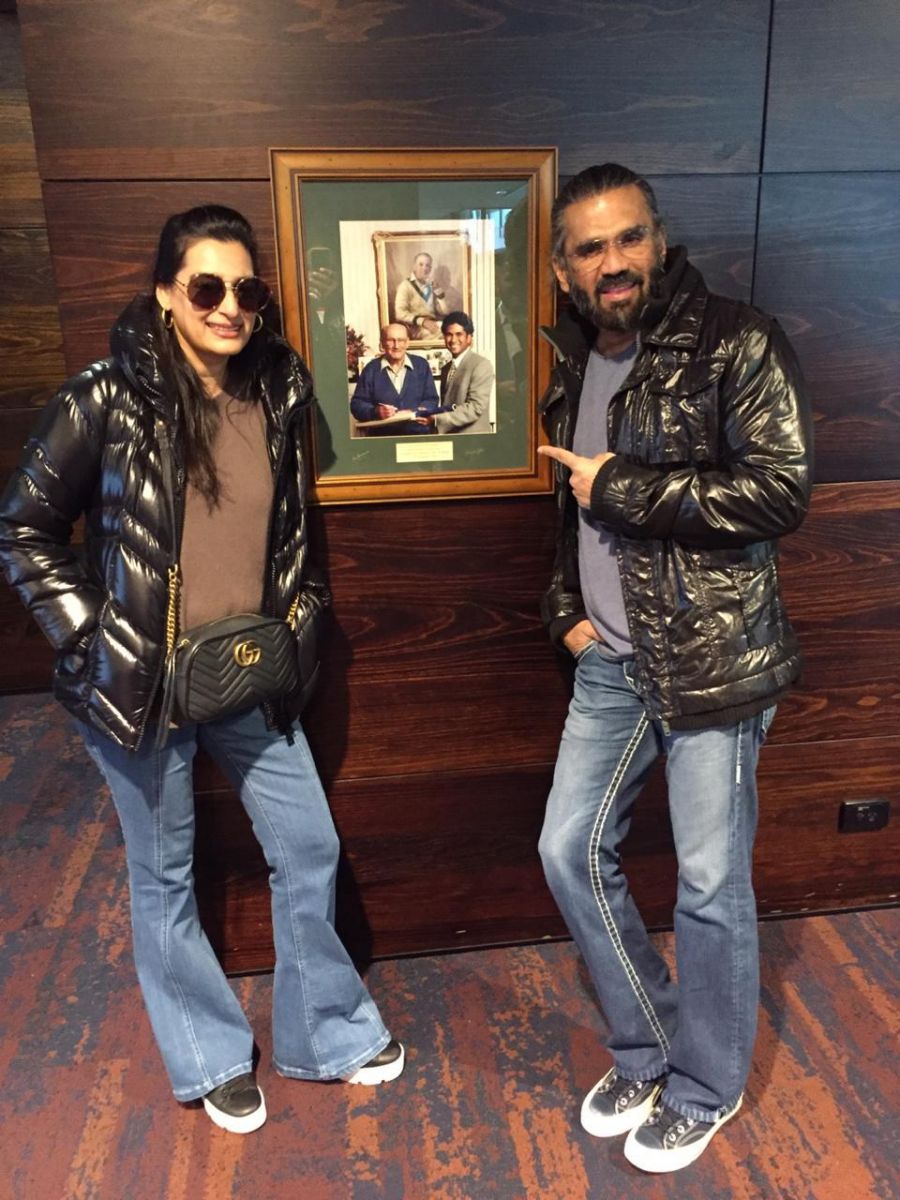 Apart from his exclusive tour of the MCG, Shetty was also given the privilege of holding the T20 World Cup trophy. On their Twitter handle @T20WorldCup, the organisers of the tournament posted a video of Shetty at the MCG and said, “Bollywood star and cricket fan @SunielVShetty experienced lifting the #T20WorldCup trophy on the hallowed @MCG turf. A women’s and men’s captain will do the same in two finals that will be played at the world’s biggest cricket stadium in 2020. Who will they be?”
Shetty said, “It would be great if India makes it to the final as it would not only bring almost a hundred thousand Indian fans to the stadium, but it would also generate huge TV viewership.” He’s hoping to see an India-Australia final with some explosive cricket being provided by other teams like England and the West Indies too.”

Jacqueline to reportedly move into a sea-facing bungalow with beau; Vi

Ankita Lokhande shares note about being 'at peace' after Sushant Singh Rajput's 1st death anniversary, thanks beau Vicky Jain for coming into her life