At the press conference to launch the trailer of his Diwali comedy Housefull 4, Akshay Kumar was reminded that it is a year since the #MeToo movement had swept Bollywood and it had all begun on the sets of this film. The Bollywood superstar was asked what changes he had seen in the film industry since then. Akshay remarked that one positive change was the presence of what could be described as a #MeToo Officer hired by the producer on the sets of Bollywood films whose job it was to address any incidents of sexual harassment.

This #MeToo Officer acted without fear or favour and kept an eye and ear open for any kind of social or sexual misconduct against actresses and women crew and unit members which would be reported to the governing authorities of the film industry, Akshay said. He added that on the sets of his last film, the Independence Day hit Mission Mangal, there was one such #MeToo Officer appointed by producer R. Balki and there was not a single incident or complaint from any woman. Mission Mangal had five top actresses co-starring with Akshay including Vidya Balan, Sonakshi Sinha, Taapsee Pannu, Kriti Kulhari and Nithya Menen.

Recommended Read:  If he is acquitted of everything, surely I'll work with him: Akshay Kumar on working with Sajid Khan again after #MeToo charges 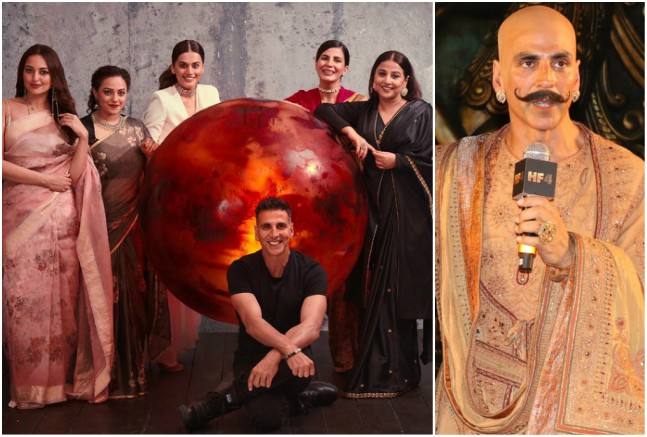 Akshay was also asked why Sajid Khan, who had to step down from Housefull 4 for #MeToo allegations, did not share the direction credits with Farhad Samji who had replaced him, because Sajid had directed 60% of the film. To which he replied that this was a studio decision and the call had to be taken by Fox Star Studios. But when asked if he would ever work with Sajid again, Akshay said he would if the director was acquitted of all charges against him. Actor Nana Patekar was also removed from Housefull 4 on #MeToo allegations and replaced by Telugu superstar Rana Daggubati.