Saif Ali Khan paints an intense picture in the new poster of 'Laal Kaptaan', film to now release on October 18, 2019

Saif Ali Khan, of late with his interesting choice of films, has been making headlines for the right reason. The actor, who stunned all with his gritty and sharp performance in Netflix' crime thriller Sacred Games 2, is all ready to set the screen on fire with yet another venture, a film titled Laal Kaptaan. The makers of this film based on Naga Sadhus, have built the right amount of curiosity and anticipation around it with its teaser and now, they have taken the level a notch above by unveiling a new poster. Not only this, the makers announced a change in its release date and confirmed that Laal Kaptaan will open at theatres on October 18, 2019, instead of October 11.

Speaking of the poster, Saif captivates us with his never-seen-before intense and gritty look. Sporting long, rope-like locks and unkempt beard, the actor seems to be acing the role of a Naga Sadhu, which is apparently a first for him. Delving deeper into the poster, it seems Saif is on a hunt with a fierce vision and sharp sword. Saif, with the poster, makes us believe that his preparations that included not shaving for days to understanding the life of Naga Sadhus in-depth for surely paid off well. 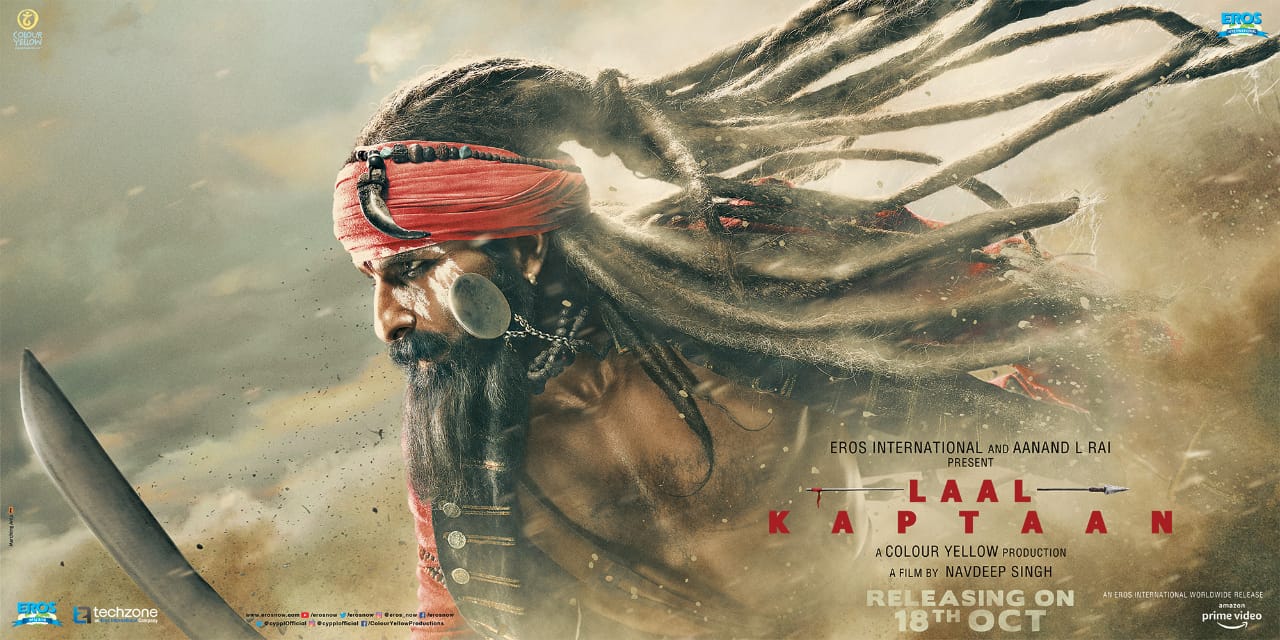 Recommended Read: Watch: Saif Ali Khan in and as Laal Kaptaan accounts to a scary yet intriguing Naga Sadhu; film to release on October 11

Apart from Saif, Laal Kaptaan stars Deepak Dobriyal. It is directed by Navdeep Singh and co-produced by Eros International and Aanand L Rai's banner Colour Yellow Productions. The film is said to be set in a tumultuous era of Indian history and revolves around the life of a Naga Sadhu, who is out on a dramatic journey is ridden with drama, revenge and deceit.