Advertisement
HomeBOLLYWOODENTERTAINMENT NEWSI was doing 'Pati Patni Aur Woh' but she ended up doing it: Taapsee Pannu finally talks about Bhumi Pednekar replacing her in the remake; watch video

I was doing 'Pati Patni Aur Woh' but she ended up doing it: Taapsee Pannu finally talks about Bhumi Pednekar replacing her in the remake; watch video

Taapsee Pannu had her share of controversies with the makers of Mudassar Aziz's Pati Patni Aur Woh back in January. The actress was said to initially star in the remake of BR Chopra's 1978 romcom but soon after the makers announced Bhumi Pednekar's name as the lead along with Ananya Panday and Kartik Aaryan. However, Taapsee, who was reportedly one of the first people to get a narration for the script, had slammed the makers after she learned that she was dropped from the film at the last minute. Expressing her disappointment, the Manmarziyaan actress had told back in January, "I was at the narration in November, in the presence of Juno and Abhay. I liked the script and gave it the go-ahead. I was asked to clear my schedule and I complied. Only the clauses remained to be negotiated. But they suddenly vanished."

Today, at the trailer launch event of Taapsee's upcoming film Saand Ki Aankh co-starring Bhumi, the actress was asked about being replaced in Pati Patni Aur Woh. She said, "I was doing Pati Patni Aur Woh, she (Bhumi Pednekar) ended up doing it" Watch the video here:

Pati Patni Aur Woh remake is all set to release on December 6, 2019.

Here are all the pictures of Taapsee and Bhumi from the trailer launch event with shooter dadi. 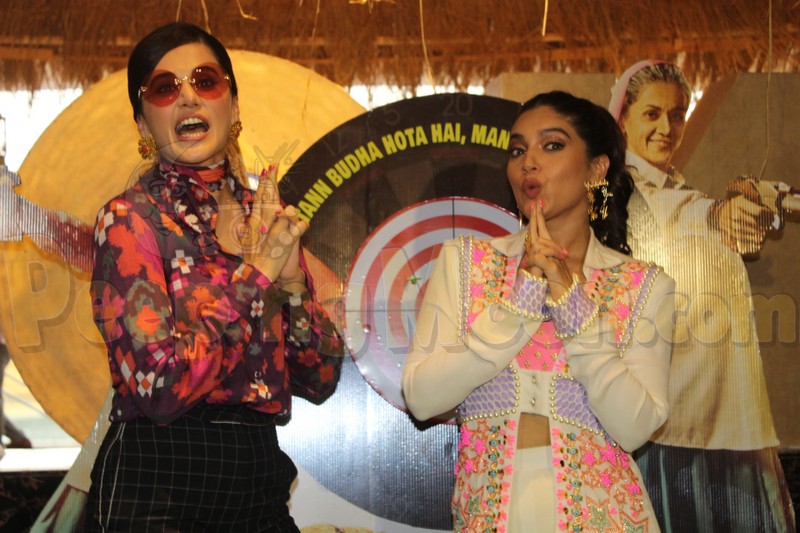 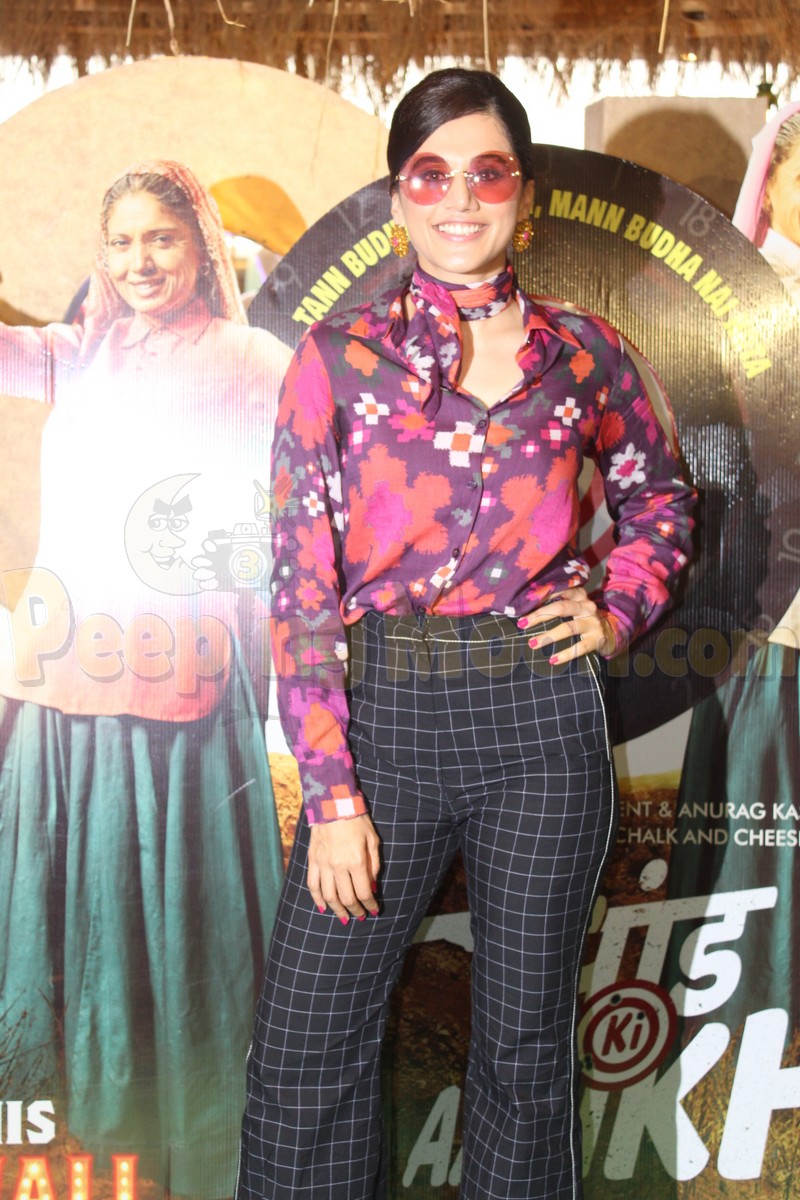 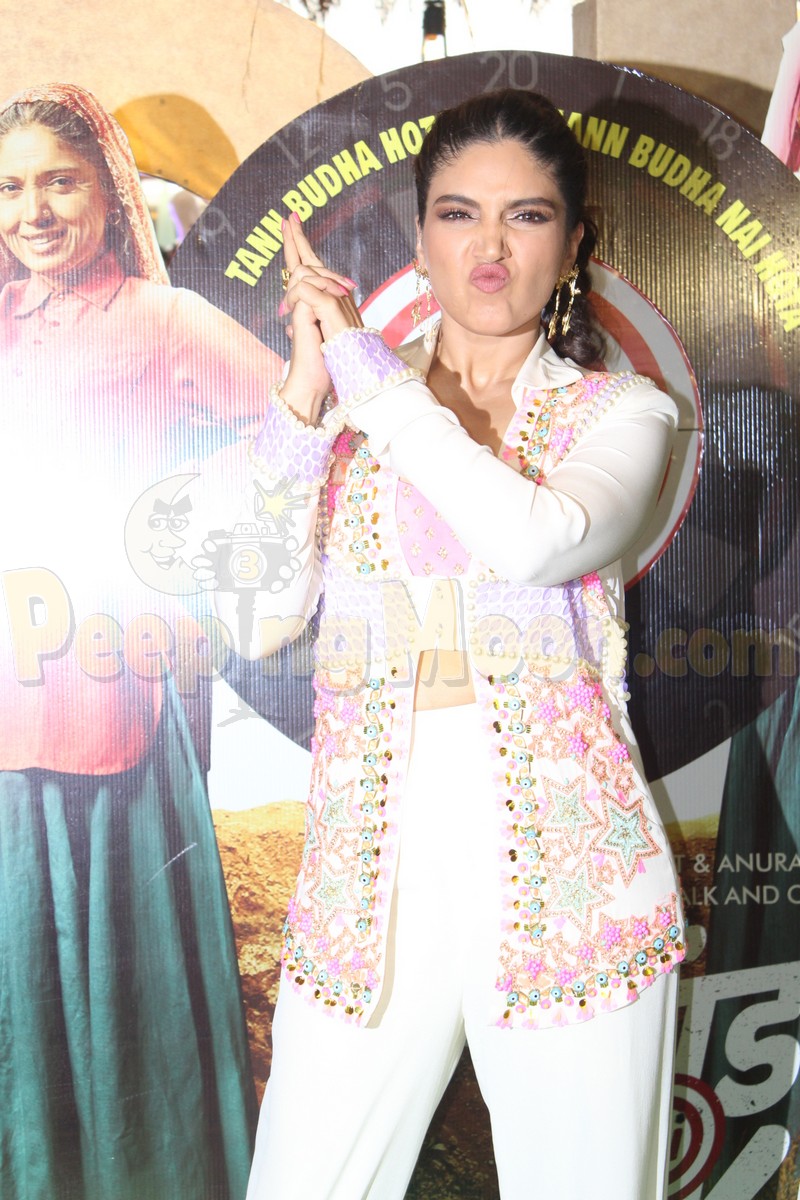 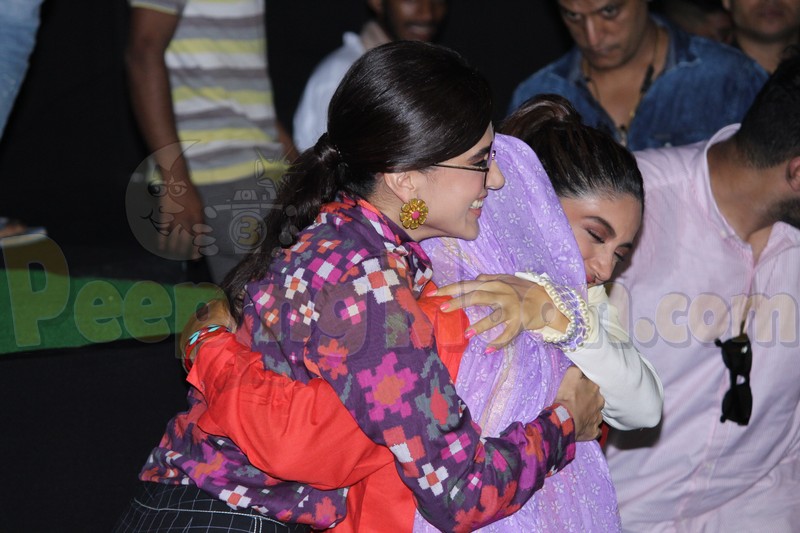 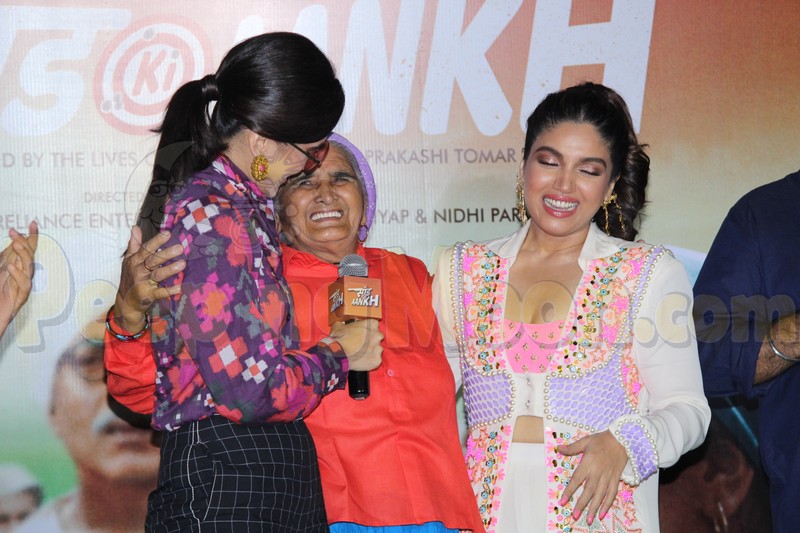 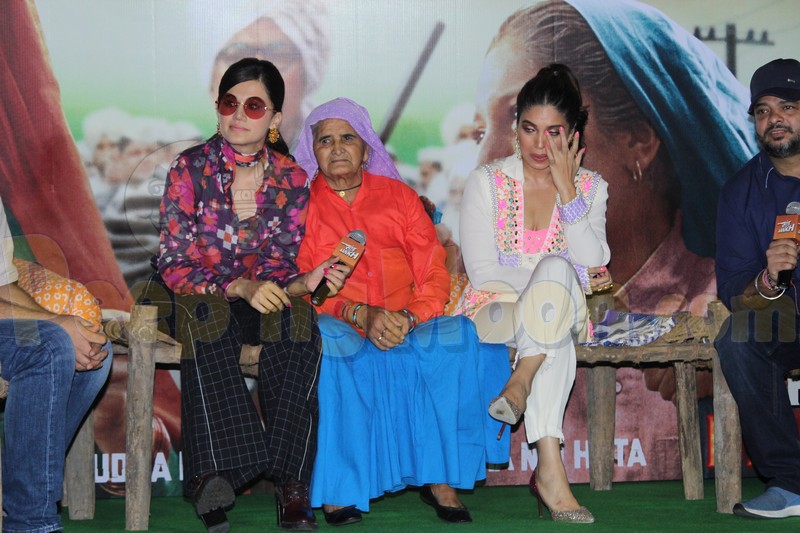 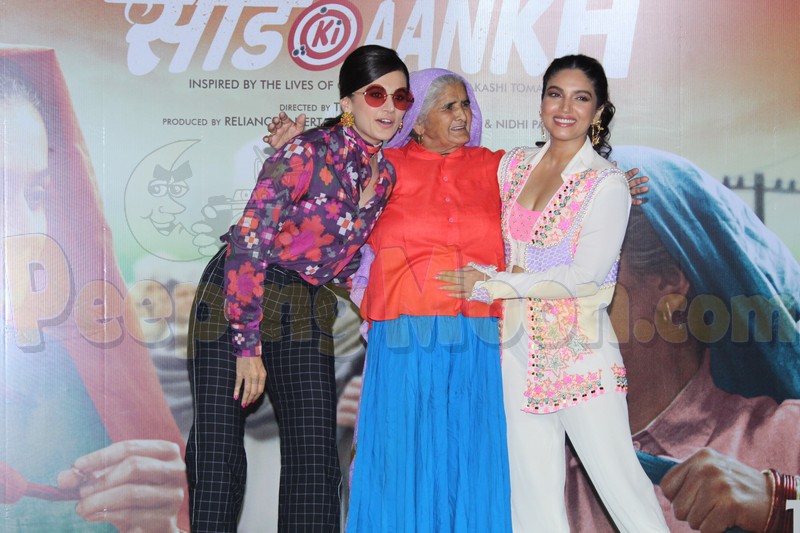