No one brought up 'Baazigar' when Shah Rukh Khan kills Shilpa Shetty: Shahid Kapoor on criticism over slapping Kiara Advani in 'Kabir Singh'

Shahid Kapoor's recently released film Kabir Singh went on to shatter box-office records and emerged as the top 10 grosser of the year but also left the house clearly divided. While some hailed the film to be the best while some slammed it for its violent and misogynistic content. The director of the film Sandeep Vanga Reddy along with Shahid was criticised for promoting violence against women for slapping the lead actress Kiara Advani in the film and glorifying the sexist protagonist. However, Shahid, at regular intervals went on to explain the purpose behind the action and now, during an interview at a media event, the actor took the interpretation of the character and film forward and compared it to Baazigar where Shah Rukh Khan kills Shilpa Shetty. He said no one objected to the killing scene in the latter and questioned why is Kabir Singh being targeted alone.

"We promoted the film for two months. If someone's bought a ticket, they probably wanted to see something in it. The film is about a flawed character. Preeti (Kiara Advani) is a stronger character than Kabir. Kabir doesn't know how to handle himself. Every Kabir needs a Preeti in his life. No one brought up Baazigar when SRK kills Shilpa Shetty. No one said anything about putting a commode seat on Sonam Kapoor's neck in Sanju. Sab Kabir Singh ke peeche kyun pade hain?" 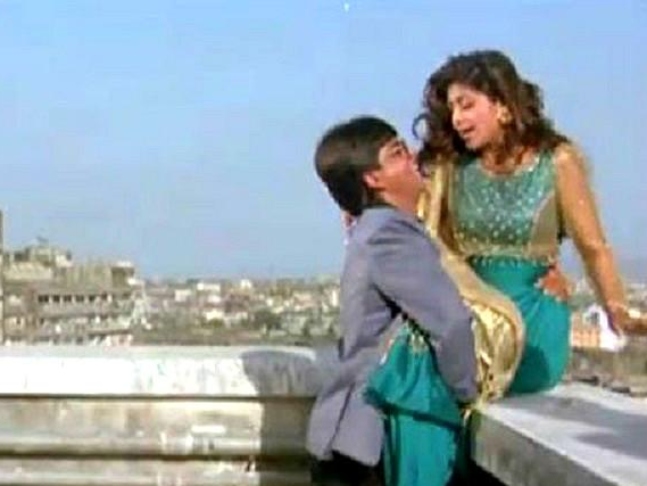 Recommended Read: 'I feel like a newcomer, I need to figure out this new club that I've entered', says Shahid Kapoor after the humungous success of 'Kabir Singh'

Speaking of the controversy that surrounded Kabir Singh, soon after the film's release, Sandeep, during an interview with an entertainment portal, made a statement that the slap was out of love, which once again put the film into troubled waters. However, after several clarifications, the matter seemed to calm down.