Advertisement
HomeBOLLYWOODENTERTAINMENT NEWS‘I am not taking too much stress about this at the moment’, says Sara Ali Khan on taking up Karisma Kapoor’s role in ‘Coolie No.1’

‘I am not taking too much stress about this at the moment’, says Sara Ali Khan on taking up Karisma Kapoor’s role in ‘Coolie No.1’

After completing the first schedule of Coolie No.1, Sara and Varun are rehearsing for the song for their film which is a remake of Karisma Kapoor’s and Govinda’s hit number Main Toh Raste Se Jaa Raha Tha. The song is a pretty iconic one and was one of the most popular numbers of the 90s, on top of it, it is no mean feat to recreate a song featuring Govinda and Karisma. However, Sara who reminded everyone of Karisma in the song Aankh Marey from Simmba is not perturbed.

During an interview, when Sara was quizzed about stepping into Karisma’s shoes as Coolie No.1 is the remake of the popular 90s film, she said, “It is going to be difficult because the film, the songs and everything related to that film is iconic. So it is going to be very difficult. But if we take pressure, then we will definitely mess up. What makes Govinda ji and Karisma ji so iconic was an element of spontaneity and ‘bindasspan’ with every take, every shot. They had so much fun while shooting and that translates on screen. These are big shoes to fill.” 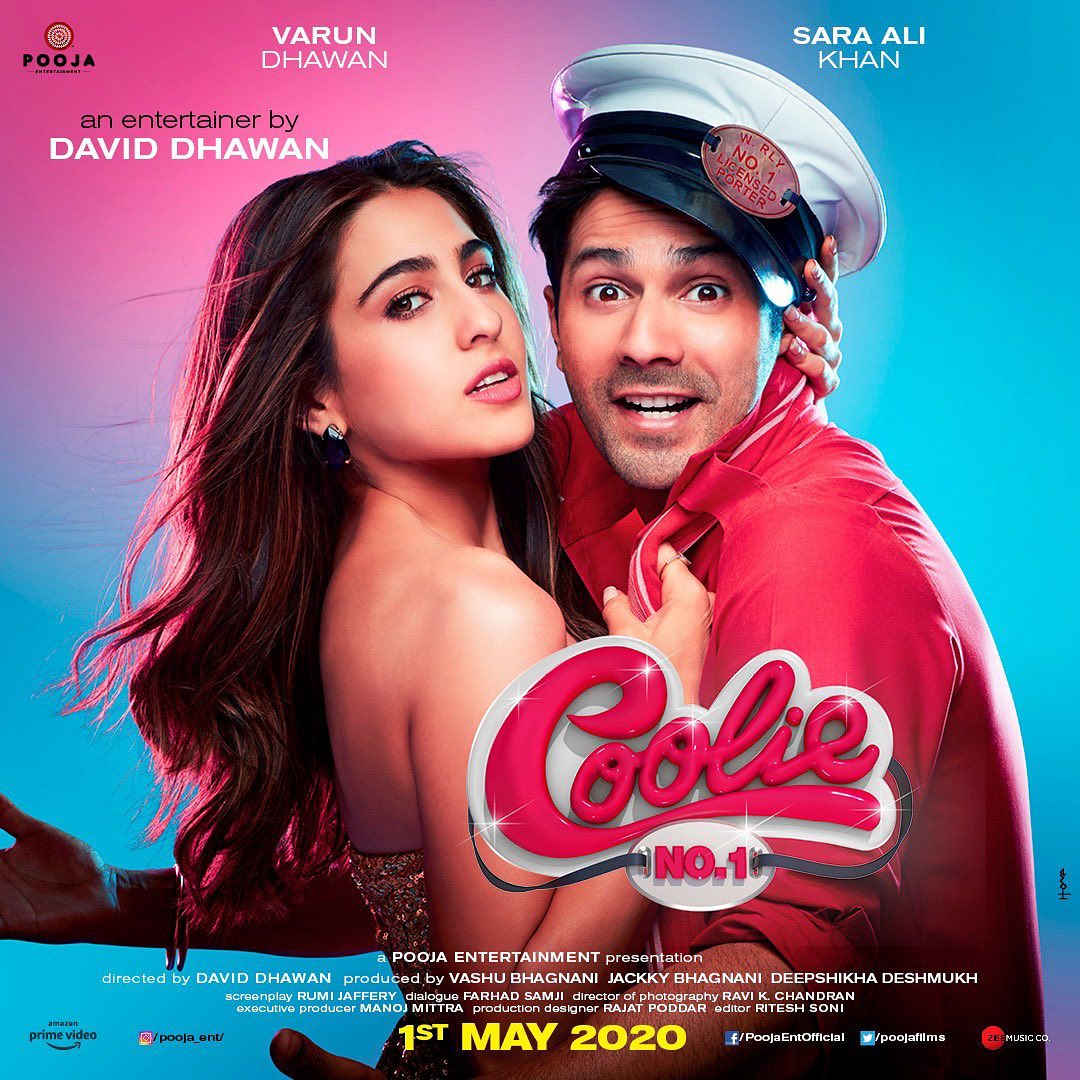 Talking about the song, Sara said, “I am not taking too much stress about this at the moment,” which seems to be a good mantra to live by as we’re sure Sara will do a phenomenal job recreating the track with Varun.