Advertisement
HomeBOLLYWOODENTERTAINMENT NEWS'Never had an issue with any character or its moralities, in any of my films,' says Akshaye Khanna

'Never had an issue with any character or its moralities, in any of my films,' says Akshaye Khanna

Akshaye Khanna, who is currently gearing up for the release of his upcoming courtroom drama, Section 375, co-starring Richa Chadha, during an interview with a leading daily, told that come may what, he has no problem or issues with the characters he gets and never felt uncomfortable with the morality of them. He further went on the compare his role in the film to Shahid Kapoor's recently released film Kabir Singh and addressed the issue of the audience having trouble with the nature of the character.

"I have never had an issue with any character or its moralities, in any of my films. It’s possible that an actor could feel uncomfortable with the morality of his character. Having said that, what is morally correct is so fluid, it changes with time. I mean look at Kabir Singh. It’s a flawed character. Traditionally, a lead character would not be expected to show such behaviour, but people accepted the film. Maybe my character is not going that far, but people can have an issue with his morality. People have issues with some of the biggest lawyers representing criminals in our country. Some of the biggest lawyers in the world have represented people who were alleged criminals. Sometimes, people in society decide someone is a criminal even if it is yet to be proven. That’s not how the law works. Even Ajmal Kasab got a fair trial, although one would have felt he didn’t deserve it. That is how civil society works," Akshaye told. 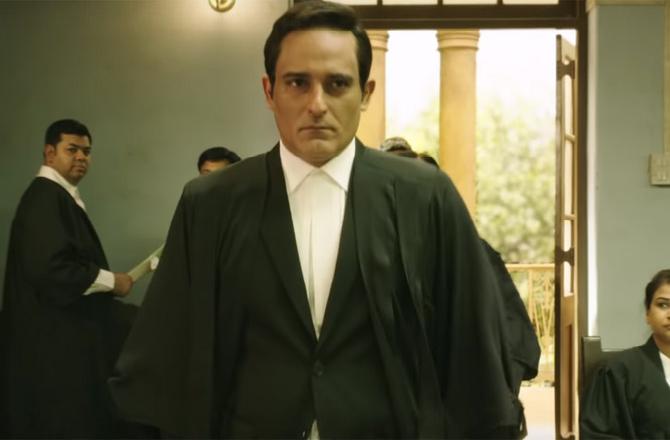 Recommended Read: 'Our film doesn't take a stand at all': Akshaye Khanna reacts after Section 375 gets caught in a legal trouble

Directed by Ajay Bahl, the film is based on Section 375 of the Indian Penal Code. In the film, Richa plays a public prosecutor fighting to get justice for her client (Meera Chopra), who claims she was raped by a filmmaker (played by Rahul Bhatt), being defended by Akshaye's character in court. The film is slated to release on September 13, 2019.