Advertisement
HomeBOLLYWOODENTERTAINMENT NEWSAfter the success of 'Chhichhore', Sajid Nadiadwala and Nitesh Tiwari to team up once again for a film

After the success of 'Chhichhore', Sajid Nadiadwala and Nitesh Tiwari to team up once again for a film

Sajid Nadiadwala’s latest release Chhichhore starring Sushant Singh Rajput & Shraddha Kapoor in lead roles helmed by Dangal Director Nitesh Tiwari has been a winner amongst the audience. The filmmaker spoke on the success and how he was always positive about the film. After the triumph of the film, Sajid has signed Nitesh once again for a project. He said, “Yes… I have signed him. Working with Nitesh once again is a treat. He is a very accomplished director and now once again we are ready to tell the audience a new story. We have a similar bonding point that we listen & then we decide, let's see how things unfold in the future.”

Sajid said, “Chhichhore always had our conviction. Nitesh and I had met long back even before Dangal released to discuss if there’s any story in the pipeline. That time Chhichhore was just a one liner and now its winning hearts all over. It’s been a commendable journey for both of us.”  The film has been receiving tremendous response from across ages and Sajid himself has been getting calls. “Nitesh & I have been getting in numerous calls from various countries where people are just telling me how they’ve related to the film & each character. Most of them have connected back to their college buddies and I am glad we could do that through our film”, said Sajid. 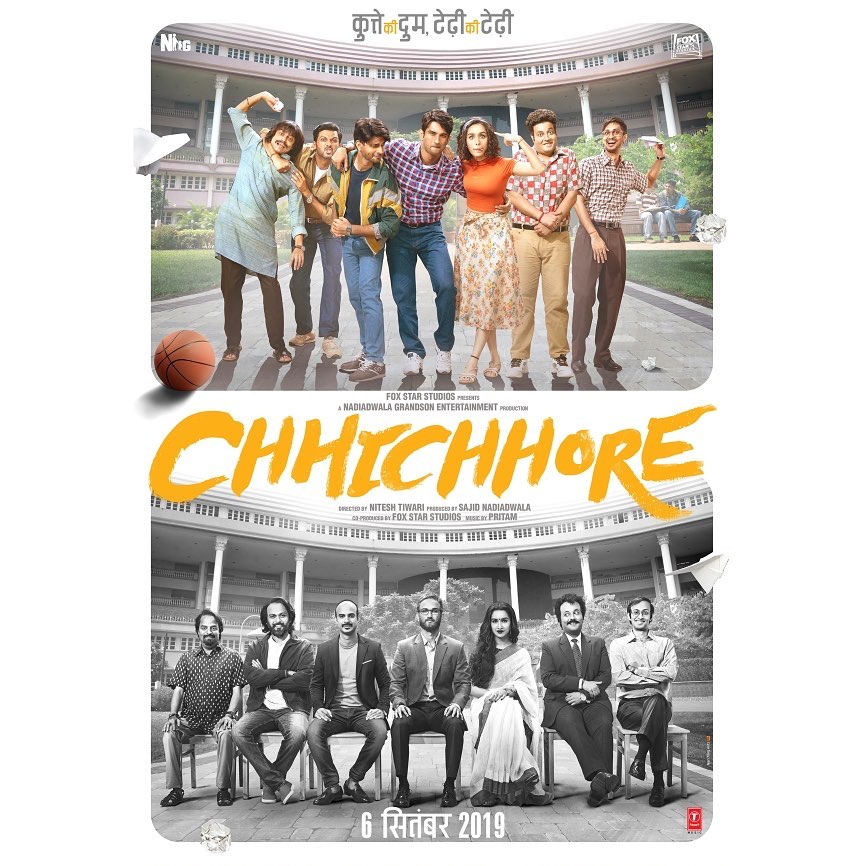 When quipped about his college buddies he said, “Oh! Yes, my friends from college with whom I had lost touch have called me after watching the film and told me how they’re able to relate to the film. In fact, we are also planning a reunion film and we will probably end up watching Chhichhore together (Laughs). I am a very emotional person, I can’t hold back. I have cried while watching the film so many times for my sons first & then remembering my golden days during college life.”